It is an understatement to say that XRP price has been affected by the SEC’s charges on Ripple. Indeed, the remittance token has suffered a liquidity shortage as many cryptocurrency exchanges suspended it for trading. While some market participants have done everything in their power to push it upwards, this altcoin seems primed for another downswing.

Update: Ripple's XRP is defying gravity as of Wednesday – trading above $0.53, an increase of over 11%. The token has been experiencing elevated volatility as it remains in the spotlight for right and wrong reasons alike. Regulatory issues loom over its price and so do some technical aspects of its price. On the other hand, XRP benefits from the growing interest in cryptocurrencies stemming from Elon Musk's venture in Bitcoin. Tesla, founded by Musk announced it is investing $1.5 billion in the granddaddy of cryptocurrencies and may also accept BTC payments under some conditions. Ripple's offering is also promising for transactions, and some investors may be trying to jump on XRP – seeing it as the next digital coin to gain more substantial adoption in the real economy. More: Elrond may provide a buying opportunity.

XRP could be overrun by bears soon

XRP price has developed a bear flag on its 4-hour chart. Since this is considered a continuation pattern, the flag pole’s height suggests this altcoin could drop by 45%.

The $0.50 resistance level is crucial in determining where XRP price is headed next. This hurdle is made up by the 50% Fibonacci retracement level and the SuperTrend’s sell signal. Thus, moving past it will not be an easy task.

A spike in selling pressure around this level might be significant enough to push the XRP price to $0.42. Here, the 50 four-hour MA coincides with the 38.2% Fibonacci level, adding an extra layer of support.

But If this level is breached for any reasons, then XRP price may drop to $0.22. 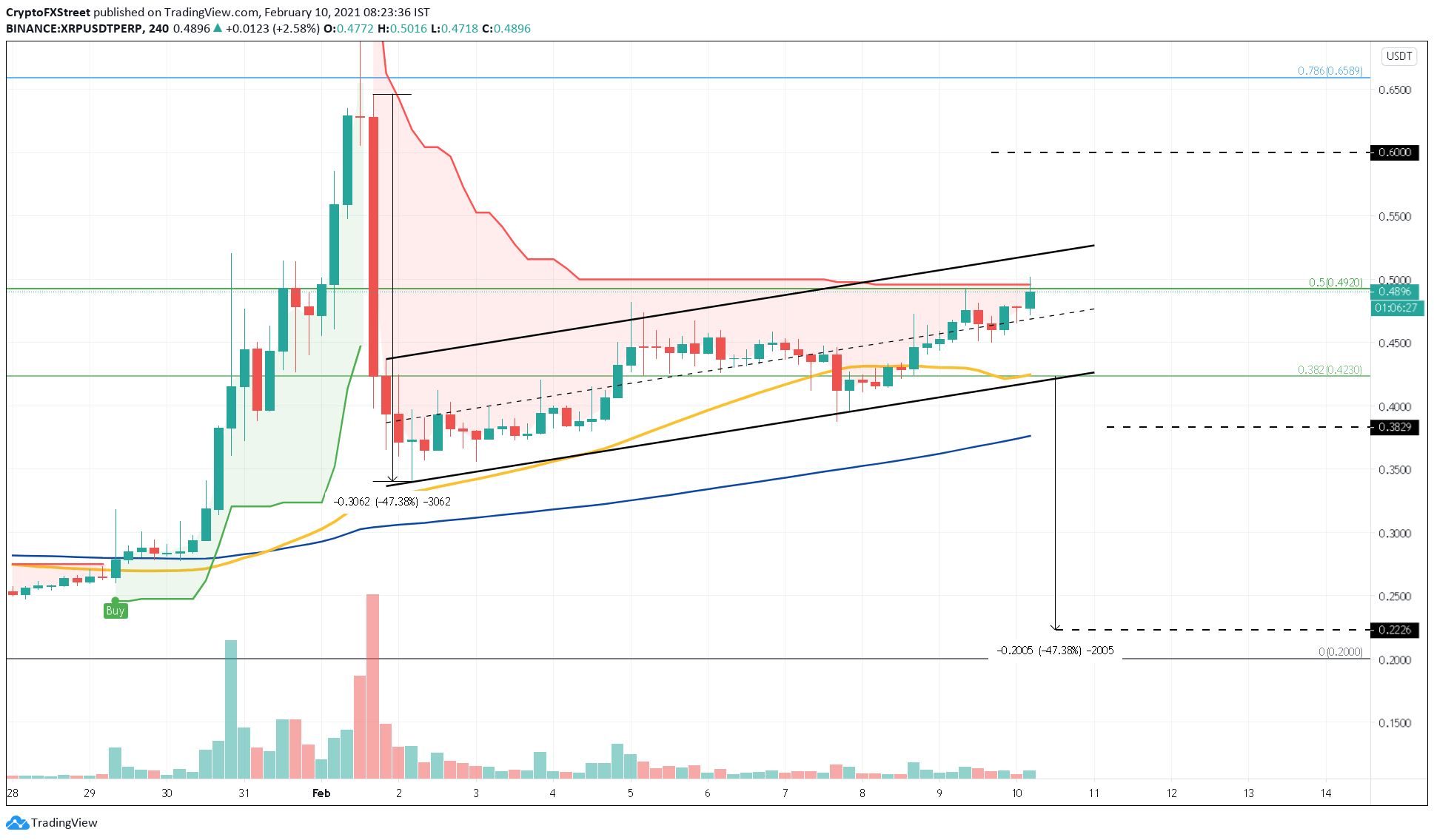 Regardless of the pessimistic outlook, an increase in buying pressure that leads to a 4-hour candlestick close above the channel’s upper trendline at $0.53 might see XRP price head to greener pastures. Slicing through resistance will open the possibility for a 20% surge to $0.60.