The first Bitcoin exchange-traded fund made its debut on the New York Stock Exchange (NYSE) on October 19, with immense interest. The ProShares Bitcoin Strategy ETF (BITO) witnessed over $1 billion in trading volume on its first day.

In the first 20 minutes of its launch, the ETF traded over $280 million worth of shares and eventually recorded over $1 billion in trading volume when the market closed on October 19. The shares of the ProShares Bitcoin ETF closed with an increase of 4.85% at $41.94, from the initial net asset value of $40.

Based on the substantial trading volume of the ProShares Bitcoin Strategy ETF, which is tied to BTC futures contracts, it would rank as the second-biggest ETF debut of all time behind the BlackRock US Carbon Transition Readiness ETF.

Nadig noted that the exceptional trading volume was largely dominated by retail investors, given the few large block trades usually dealt by institutional investors. He added that the new Bitcoin ETF is an access vehicle for certain investors in the marketplace, with many participants who are not willing to hold the new asset class directly.

Bloomberg ETF analyst Eric Balchunas highlighted that the ProShares Bitcoin ETF trading volume witnessed the largest day-one of any ETFs in terms of “natural volume,” meaning that the fund did not receive any seed capital.

Balchunas further indicated that another Bitcoin ETF tied to the leading cryptocurrency’s futures could begin trading later this week. The Valkyrie Bitcoin Strategy ETF changed its ticker to BTFD, as the firm updated its filing earlier this week.

Bitcoin price continues to travel higher as it slowly climbs toward its previous all-time high. Trending steadily within an ascending parallel channel, BTC appears to be headed for a new record high as buying volume continues to dominate.

The leading cryptocurrency faces little resistance moving forward, and if accompanied by substantial buying pressure, BTC could easily tag its previous all-time high and even target bigger aspirations at $66,888, the topside trend line of the prevailing chart pattern. 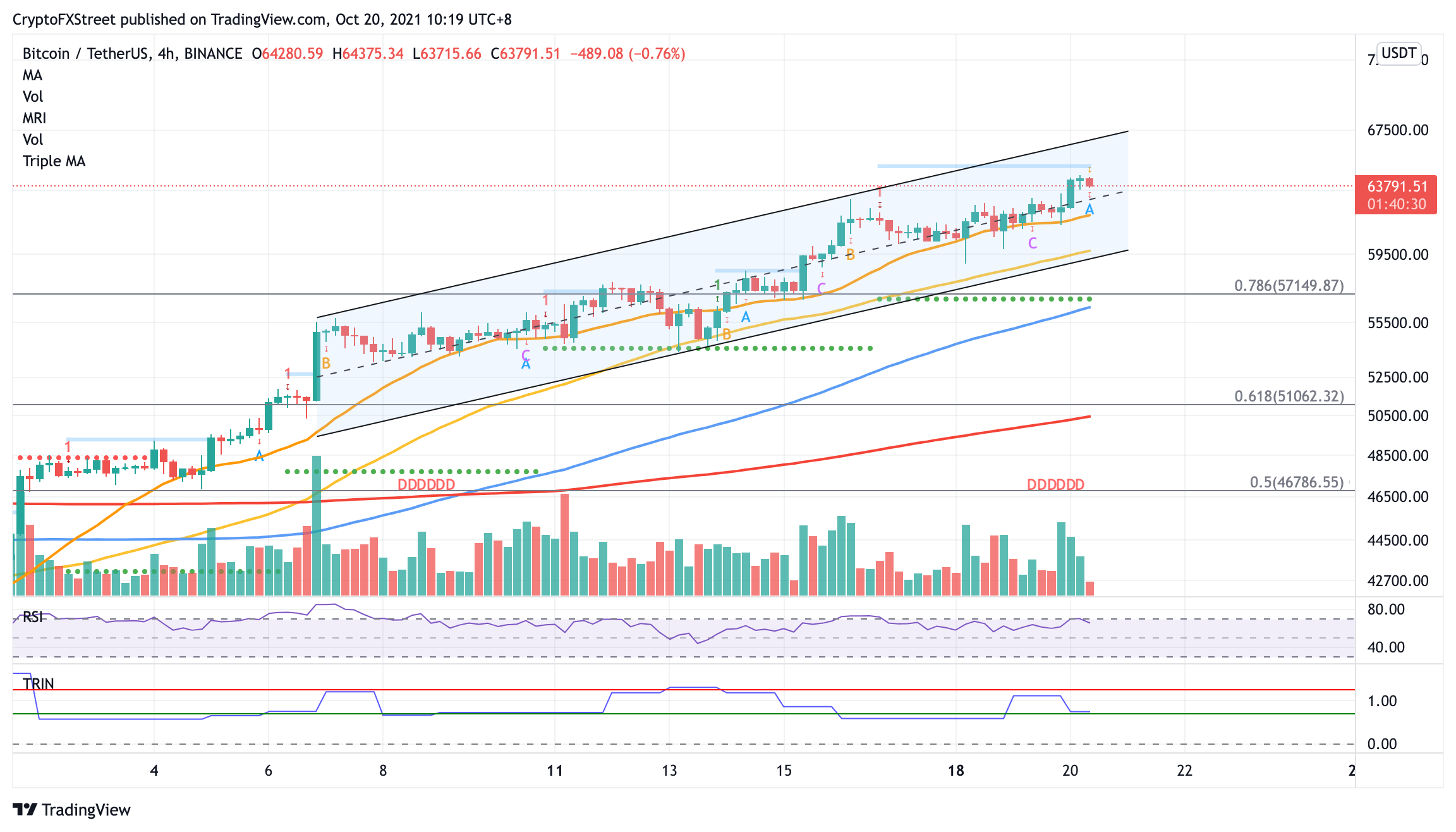 Adding credence to the bullish outlook is the Arms Index (TRIN), which suggests that there are currently more buyers than sellers in the market.