Polkadot had one of the best performances in 2021 reaching rank fourth above XRP with a market capitalization of $16 billion. Although DOT already had a significant pullback from its all-time high price of $19.4, the digital asset could be bounded to fall lower.

On the 4-hour chart, Polkadot trades inside an ascending parallel channel, right above the support trendline at $15.8. A breakdown below this level will push the digital asset to $14 and as low as $12 in the long-term. 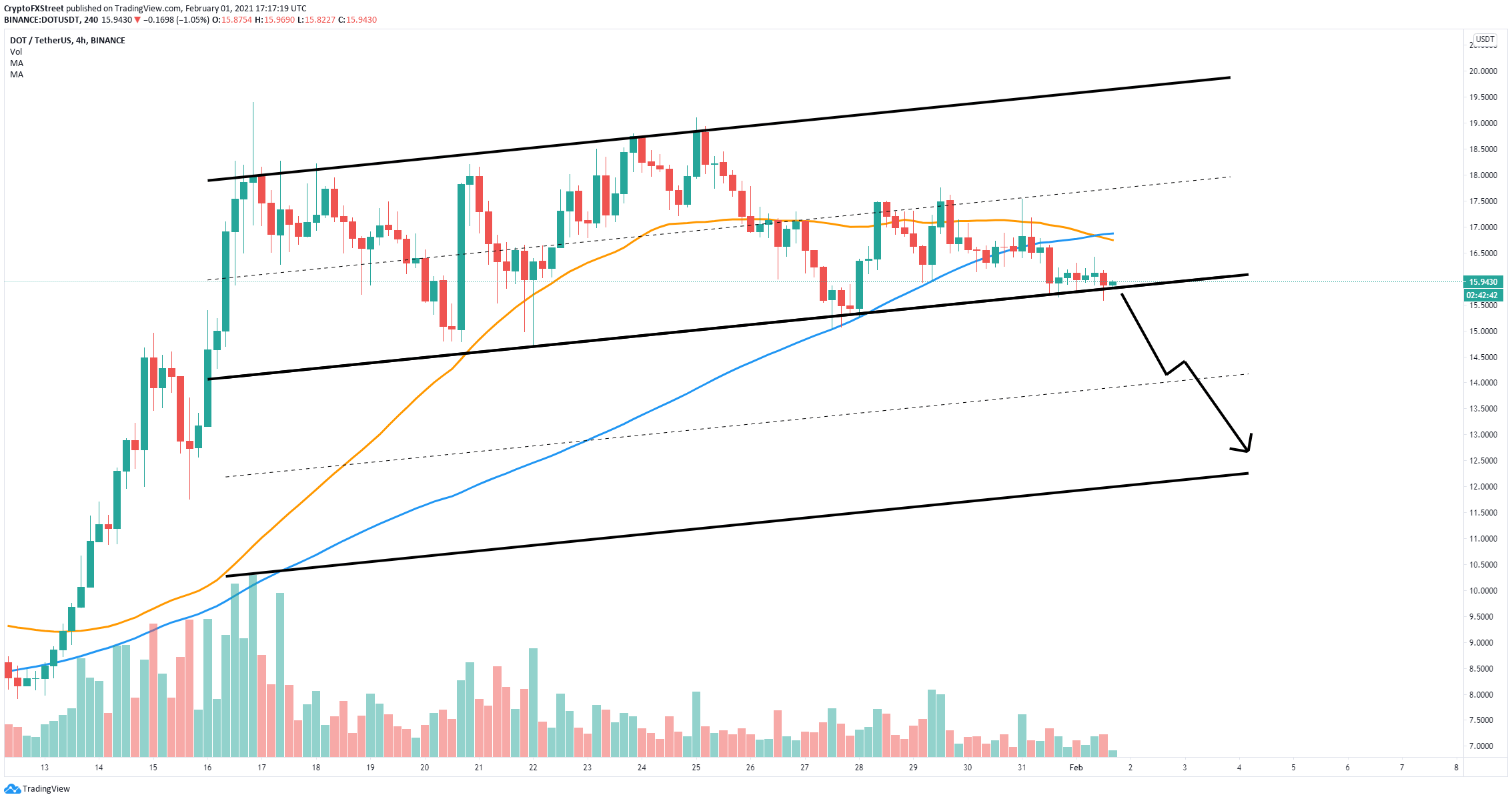 The trading volume of Polkadot peaked at $8.7 billion on January 17, right at its all-time and has been declining significantly since then, which indicates another major move is underway. DOT bulls lost the 50-SMA and 100-SMA support levels, adding more credence to the bearish outlook.

However, on January 28, the crypto asset manager Grayscale incorporated six more trusts, including Polkadot. Although Michael Sonnenshein, CEO of Grayscale stated that trust formations do not mean the firm will launch the products, it is still extremely positive for Polkadot. 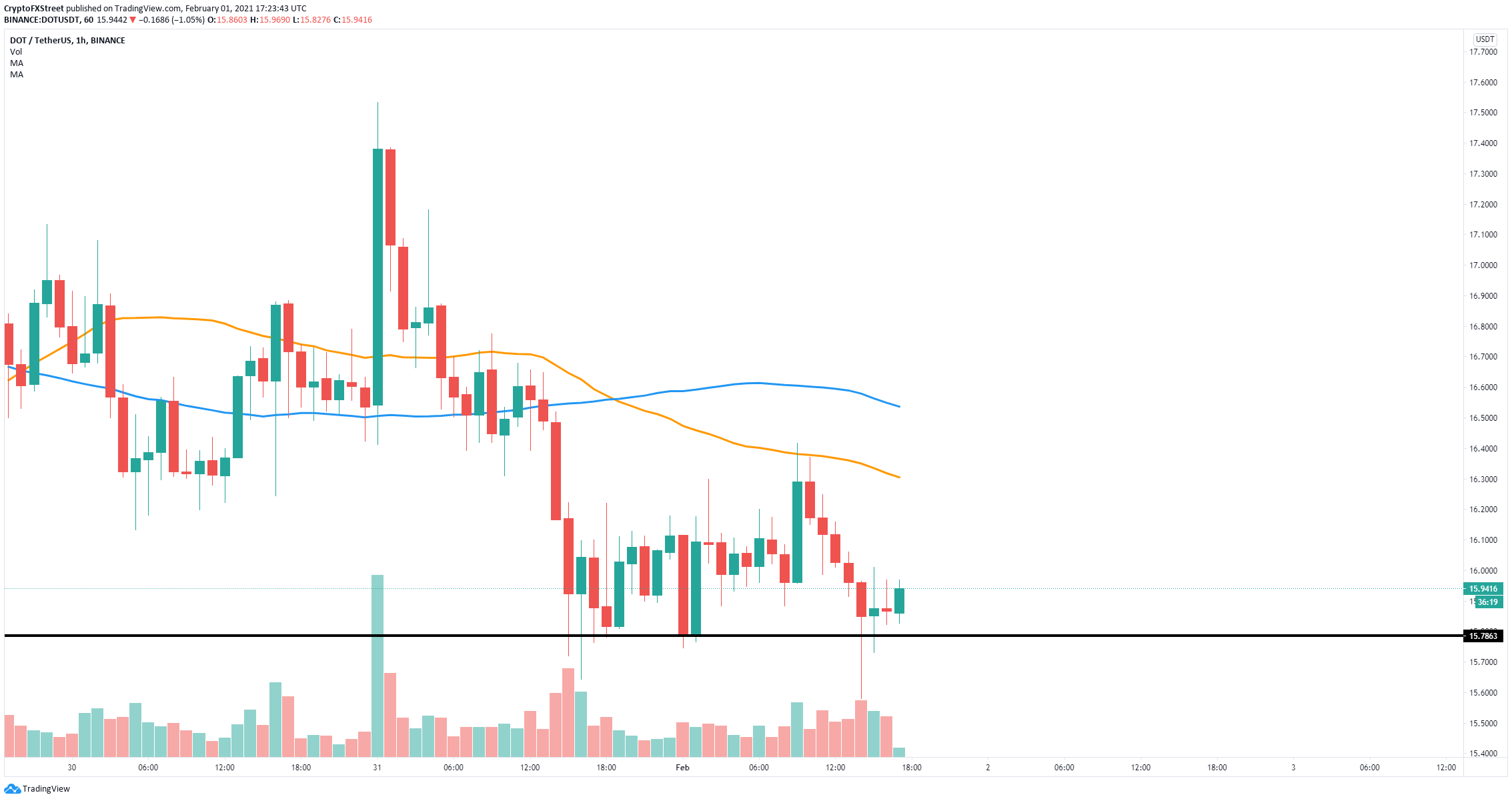 Bitcoin price seems to be coiling up for an upswing as it trades around a crucial support level. Ethereum, on the other hand, has already seen a massive run-up that might retest its local top. Unlike BTC or ETH, XRP shows signs of a drop from a technical perspective.

Dogecoin price crashes 35% after the hyped “dogeday420” fails to gather steam. Despite losing its upswing momentum, the meme coin could still surge if it bounces off the immediate demand. On-chain metrics point to a grim outlook for DOGE.