Polkadot (DOT) is under pressure as bears have reversed the uptrend and are now looking to push DOT price lower. Bulls can defend support at $37, but if that breaks, another big chunk of devaluation could follow. Expect traders not to catch the falling knife and instead look for the current correction to unfold in full before stepping in and buying back into an extended position again.

Polkadot price broke back below the $45.22 level a few days ago but did not stop to consolidate below it, and yesterday the correction extended a further 15% in just one day. The pain does not look over yet for DOT price as, whilst the monthly pivot could slow down the nosedive, there is still the possibility of another break below its support at $39.50.

DOT price looks to be in a downtrend now with downside pressure increasing and the Relative Strength Index not showing an uptick on the buy-side. Expect a retest of $37.03, followed by a break and further acceleration of the sell-off. With that move, another 20% devaluation will hit DOT price and see bulls getting out of the way until the price reaches $31.61. 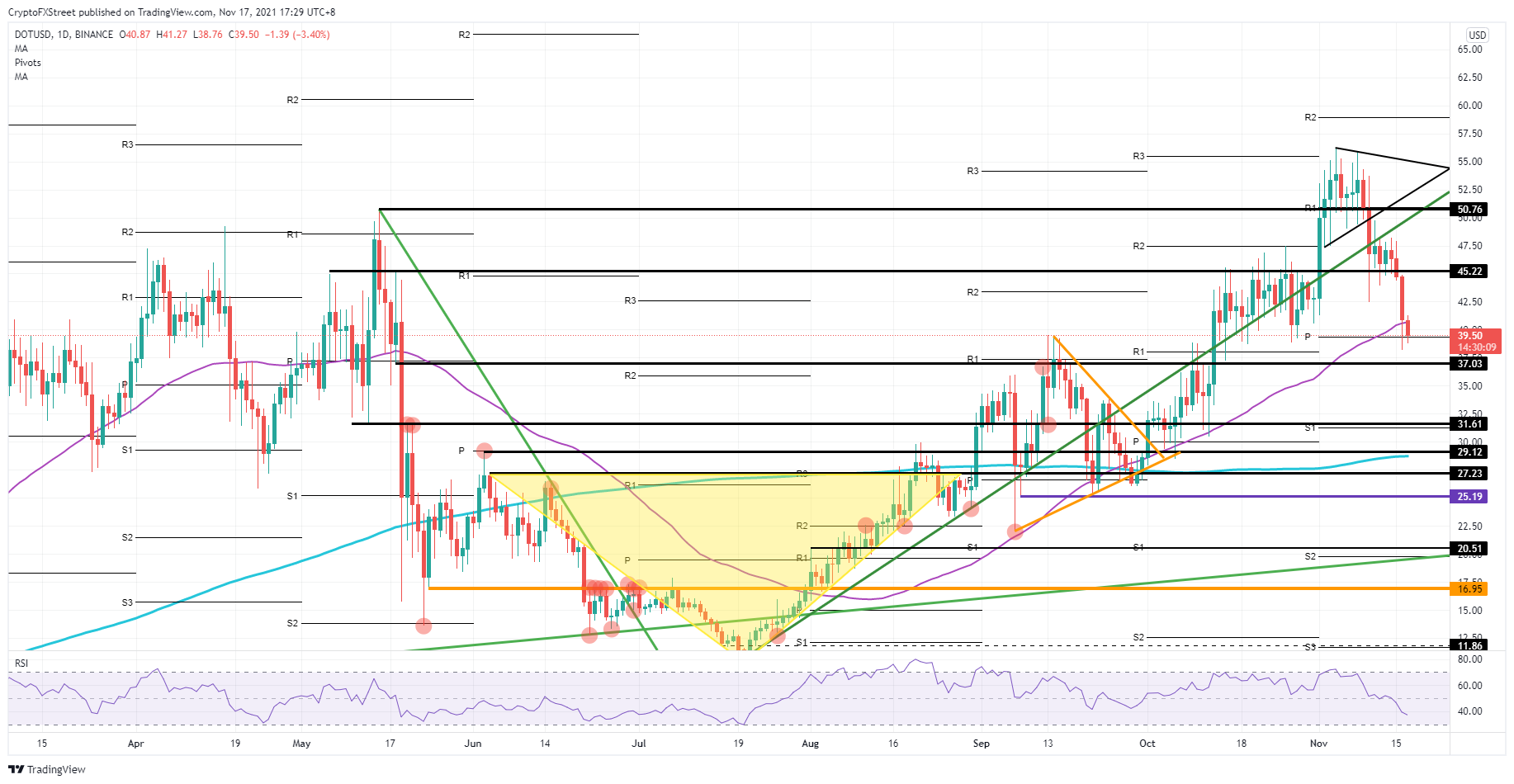 Once DOT price trades between $31.61 and $29.12, bulls will start to build a fade-in trade with the $30 big figure as psychological support and incentive for bulls to go long. With that price correction, the RSI will be trading in an oversold area and will not attract more bears to the scene as the indicator will be signalling further downtrend profit will be limited. This should then see bulls gaining back some ground towards $37.03.