Onchain data reveal Bitcoin price may be poised for weeks of consolidation or considerable bearish dip at worst. Meanwhile, corporate investors get more desperate to take advantage of any imminent dip.

While this unfolding event might seem disturbing, it is important to note that it provides a bullish outlook for Bitcoin price in the long run. Historical data presents this as one among the many occurrences that preceded previous bull cycles, pointing to the fact that the imminent dip is a healthy market correction.

According to the trend, a sell-off from long-term holders leads to a redistribution of Bitcoin's circulating supply, thereby giving room for more retail investors' entry just before the rallies. 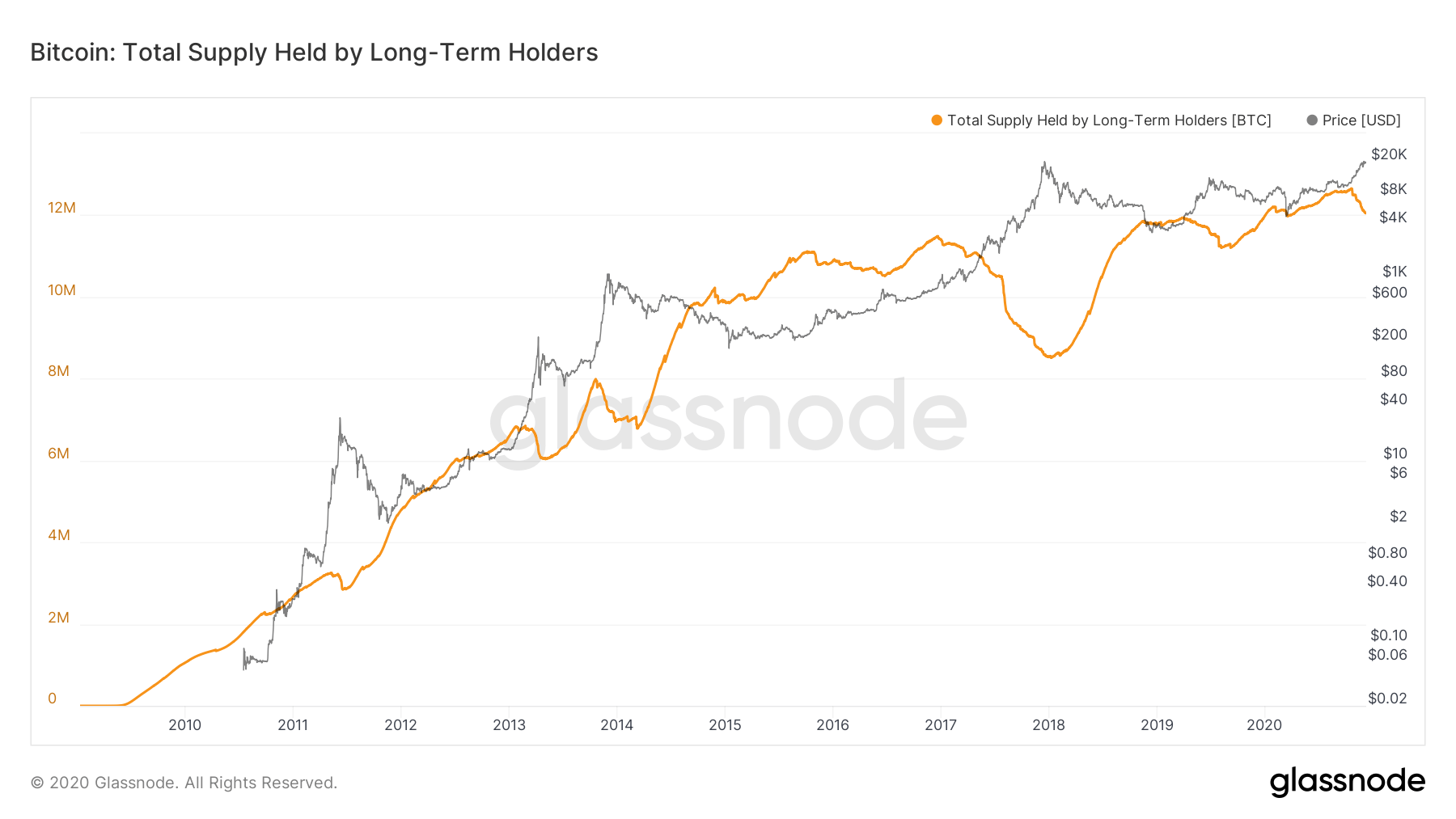 As the market anticipates moments of intermittent sell-off, corporate investors are growing an insatiable appetite for Bitcoin as they position themselves to take advantage of any downward trend.

Microstrategy, which currently owns over 40,000 BTC, remains among the institutional investors with the highest interest in Bitcoin. The business analytics firm has announced that it aims to raise $400 million through sales of promissory notes, which would be used to buy Bitcoin.

Bitcoin may retest $16,000 before making another upswing

Meanwhile, the activities from institutional investors and long-term Bitcoin holders are expected to cause significant price action in the short term.

Bitcoin price in a broader time frame remains bullish as it sits at $18,870 at the time of writing. As shown on the weekly chart, there is potential for a price consolidation similar to August when it made a 30% correction before a rebound to $19,500. 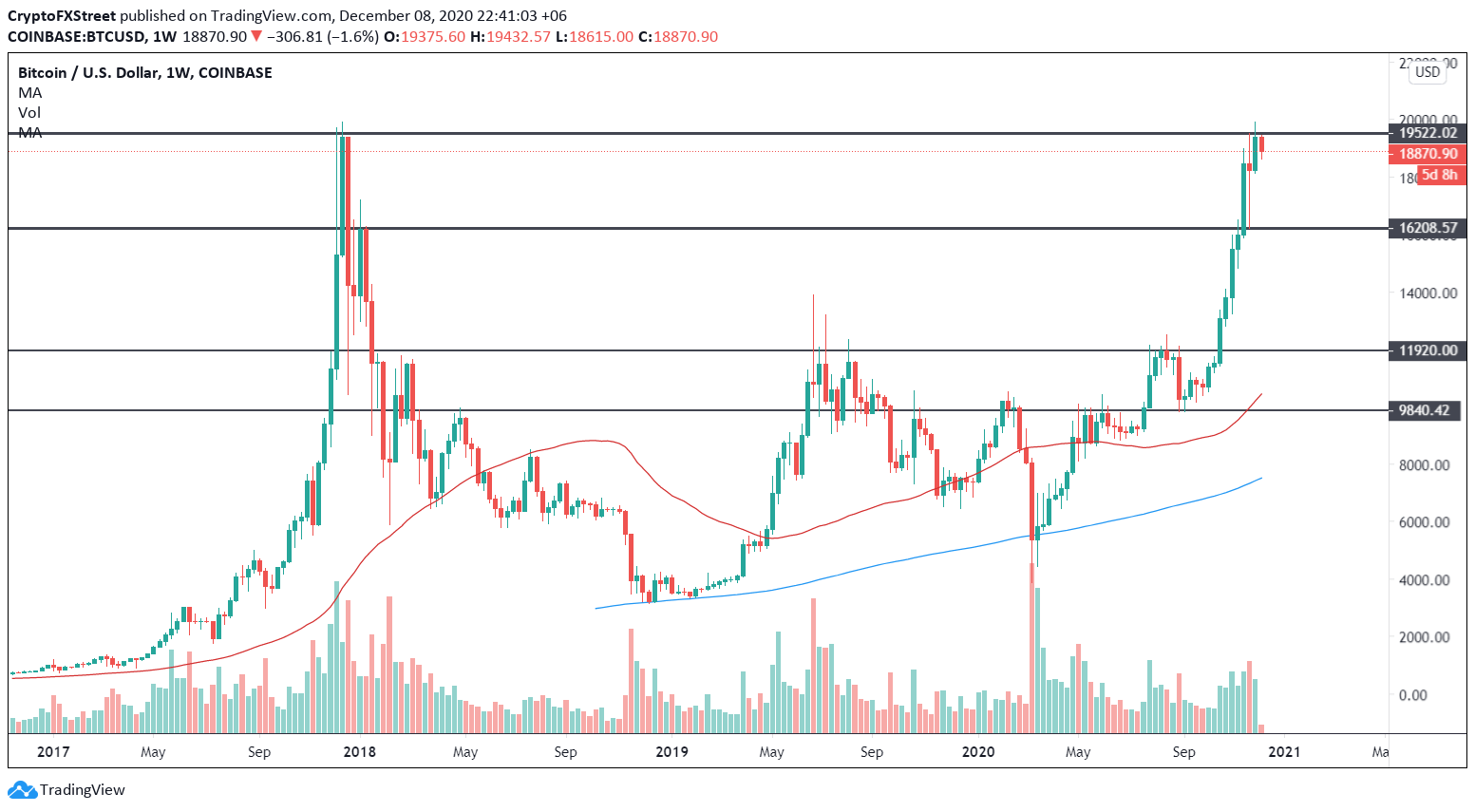 The likelihood of another reaccumulation could lead to another period of volatility followed by a downward price action that would see prices slice through $16,000, creating a potential entry-level within this zone.