MicroStrategy announced its first-quarter financial results, reporting that it had one of the strongest operational quarters in years.

The business intelligence firm reported earnings of $122.9 million, a 10.3% increase in the first quarter this year, compared to the same period in 2020.

The Nasdaq-listed firm has been acquiring large amounts of Bitcoin for its main treasury reserve since August 2020. MicroStrategy describes the initial purchase as a part of its “capital allocation strategy,” which was novel for a publicly-traded firm at the time.

The firm’s latest purchase of the leading cryptocurrency took place earlier this month, scooping up another $15 million in BTC. It now holds roughly 91,579 Bitcoin at an aggregate purchase price of $2.23 billion, at an average price of $24,311 per coin.

MicroStrategy’s first-quarter results were a clear example that our two-pronged corporate strategy to grow our enterprise analytics software business and acquire and hold bitcoin is generating substantial shareholder value.

MicroStrategy shares have also benefited from the firm’s cryptocurrency allocation. The MSTR stock has risen 405% since the start of the Bitcoin treasury program. 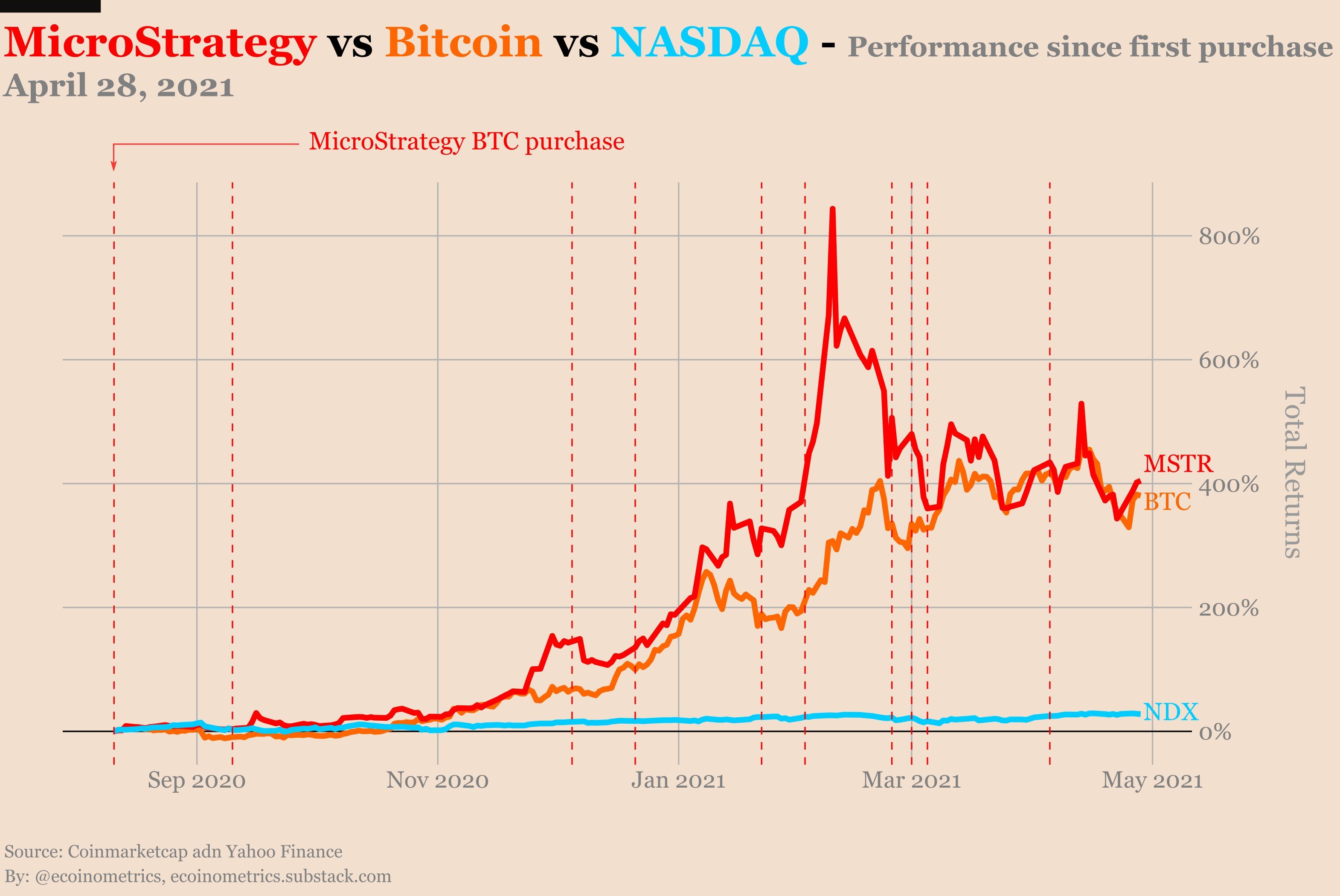 Saylor said he was pleased with the firm’s Bitcoin strategy, having raised over $1 billion of additional capital during the quarter to expand its cryptocurrency holdings. However, the financial report stated:

This announcement potentially contradicts the CEO’s ongoing narrative of holding the Bitcoin long term. In particular, his statement in September 2020, “I didn’t buy it to sell it. Ever.” In Saylor’s recent tweet regarding MicroStrategy’s Q1 results, he said that the company continues to "hodl" all of the Bitcoin in its treasury.

Since Saylor announced the firm’s first-ever Bitcoin purchase, he has offered to share his experience with tech mogul Elon Musk on large crypto transactions. According to the MicroStrategy CEO, he believes that his tweets played a pivotal role in Tesla’s $1.5 billion investment in the pioneer cryptocurrency earlier this year.

Although Elon Musk recently revealed that he had not sold his Bitcoin, according to the latest financial report, his company Tesla sold around 10% of its BTC holdings to prove the cryptocurrency’s liquidity.