Litecoin is currently trading at $83.71 inside an ascending triangle pattern on the 4-hour chart. Several on-chain metrics show that large LTC investors are selling, which adds selling pressure to the market and shifts the odds in favor of the bears.

Litecoin faces strong selling pressure and a potential dive towards $60

On the 4-hour chart, Litecoin price has developed an ascending triangle pattern. A breakdown below the lower boundary of the pattern would drive LTC towards a low of $60. 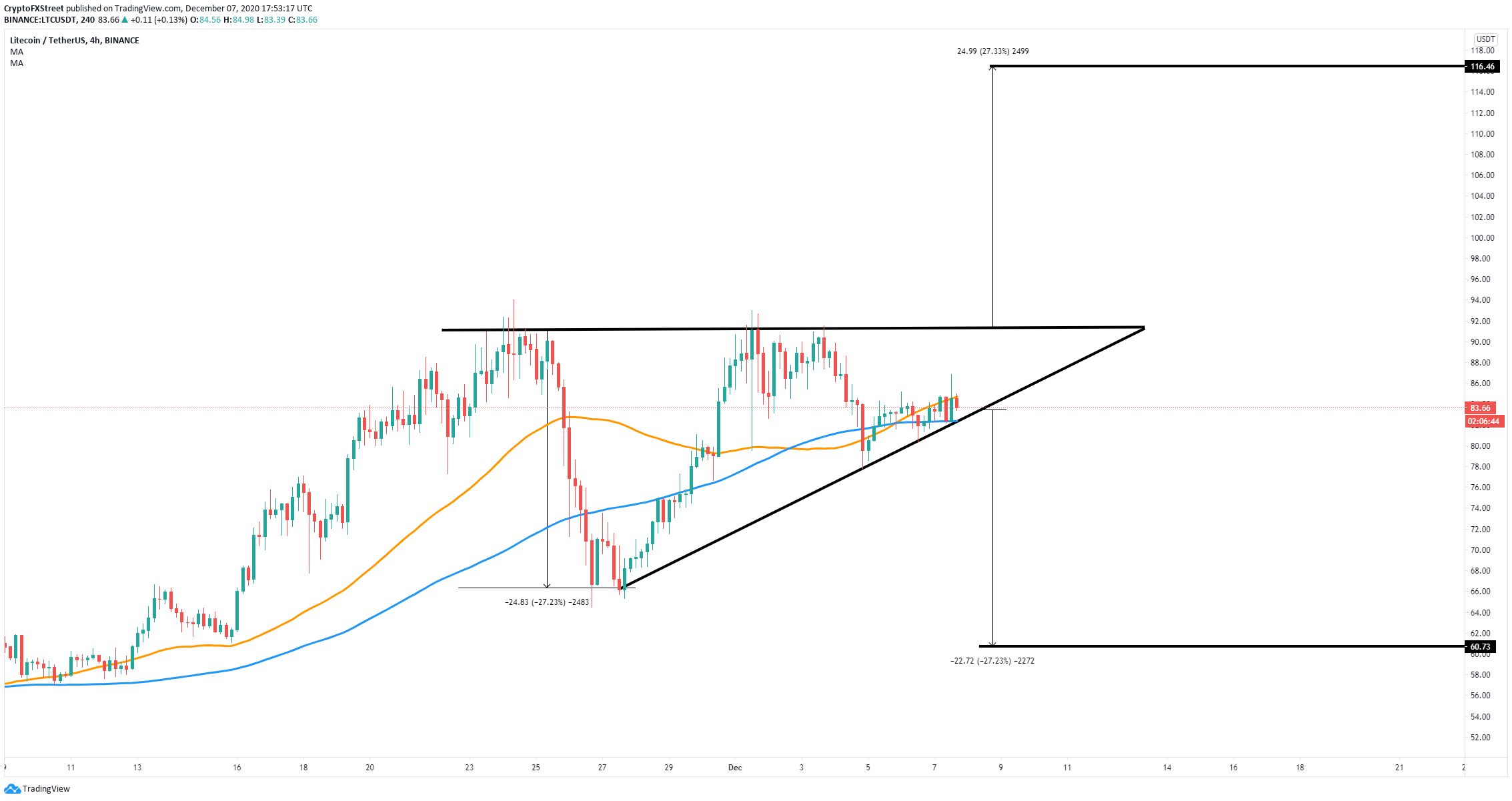 On the other hand, if bulls can recover the 50-SMA support level on the 4-hour chart, Litecoin price could climb towards the upper trendline of the pattern. A breakout above this point would lead the digital asset to a high of $116.