Litecoin seems to have broken out of an ascending triangle pattern on the 3-day chart aiming to hit $300 in the long-term. Several on-chain metrics indicate that large investors are driving the price currently.

On the 3-day chart, the breakout above the ascending triangle pattern is an extremely bullish signal and has a potential price target of $300, a 248% price increase derived from the height of the pattern. 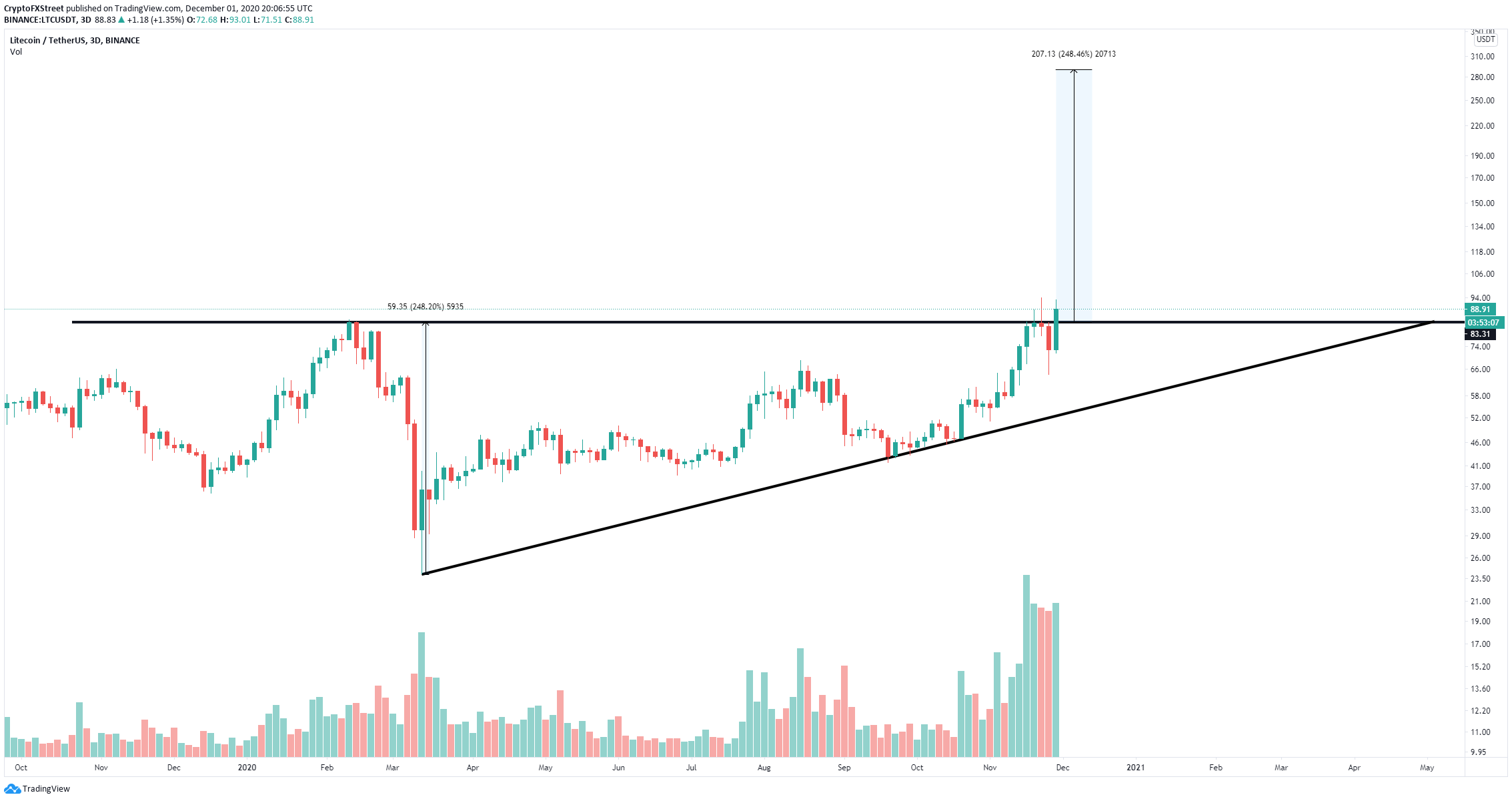 The continuous increase in the number of large LTC transactions seems to corroborate this theory that large investors are the ones driving Litecoin price which remains considerably stronger than many other altcoins.

The In/Out of the Money Around Price chart shows only one significant resistance area between $94 and $97 where 15,240 addresses purchased around 1.93 million LTC. On the other hand, the chart shows a lot of support to the downside.

It seems that climbing above $97 would be the final confirmation of the breakout above the ascending triangle pattern on the daily chart.

On the other hand, a rejection from the upper trendline of the pattern at $84 would be a notable bearish indicator capable of pushing Litecoin price down to the lower boundary at around $55. A breakdown from this point could be devastating.