Ethereum price presses higher after convincingly holding the critical February high during the correction this month. The bullish outlook remains in place with the psychologically important $3,000 in the crosshairs.

According to the EIB, the transaction is a series of bond tokens on a blockchain, where a range of investors can buy and pay for the tokens using fiat currency. The digital notes have a zero-coupon and are registered on the Ethereum blockchain.

Adoption of the Ethereum blockchain is just one of the catalysts behind the notable relative strength for ETH price in April. Still, a JP Morgan research note argues that the smart contracts giant has also witnessed improvements in liquidity and higher turnover.

The bank and asset manager highlighted that “ETH spot depth has recovered quicker and if anything conditions on some exchanges is better than prior to the event.” Moreover, higher turnover has minimized the impact of liquidations.

Higher turnover on the ETH public blockchain means a noticeably higher fraction of those tokens can be considered highly liquid, further blunting the impacts of futures liquidations.

Institutional adoption and ETH demand for diversification purposes elevate the digital token into a credible alternative to Bitcoin, and the retail investor ranks shouldn’t underestimate it.

Ethereum price has now surpassed the resistance of the 161.8% Fibonacci extension of the February crash at $2,504. It is charging towards the critical $3,000 level, voiding the bearish alternative mentioned in an April 25 FXStreet article about a potential head-and-shoulders top pattern. 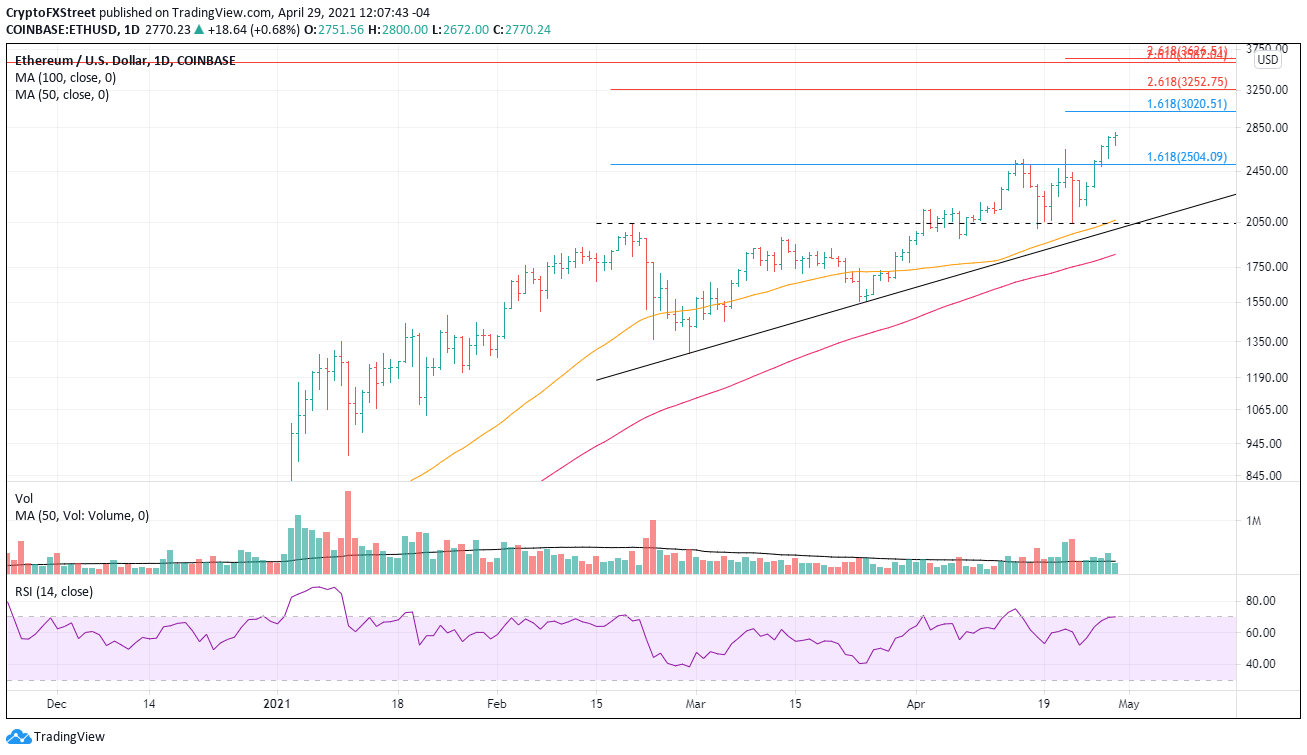 As mentioned above, the bearish alternative has been discarded. Therefore, as long as ETH holds the 161.8% extension at $2,504 on a daily closing basis, the upward path should continue over the medium term.