Enjin Coin price shows a swift retracement after the Coinbase listing announcement. However, this move might lead to another explosive rally.

Enjin Coin price was forming a bull flag pattern even before the Coinbase listing announcement. This technical formation is made up of two distinctive moves, an initial burst followed by a consolidation.

ENJ’s 150% upswing from March 6 to March 16 formed the flag pole, while the series of lower highs and lower lows that ensued resulted in a flag. This setup forecasts a 60% upswing, which is the flag pole’s height added to the breakout point.

Although the target was in sight, a surge in profit-taking resulted in a 17% retracement to where ENJ is currently trading.

Now, a range-bound move might inspire accumulation among investors, which could result in a 40% upswing to $3.93. A confirmation of this bull rally will arrive after a decisive close above the immediate breakout line presented by the Momentum Reversal Indicator (MRI) at $3.15. 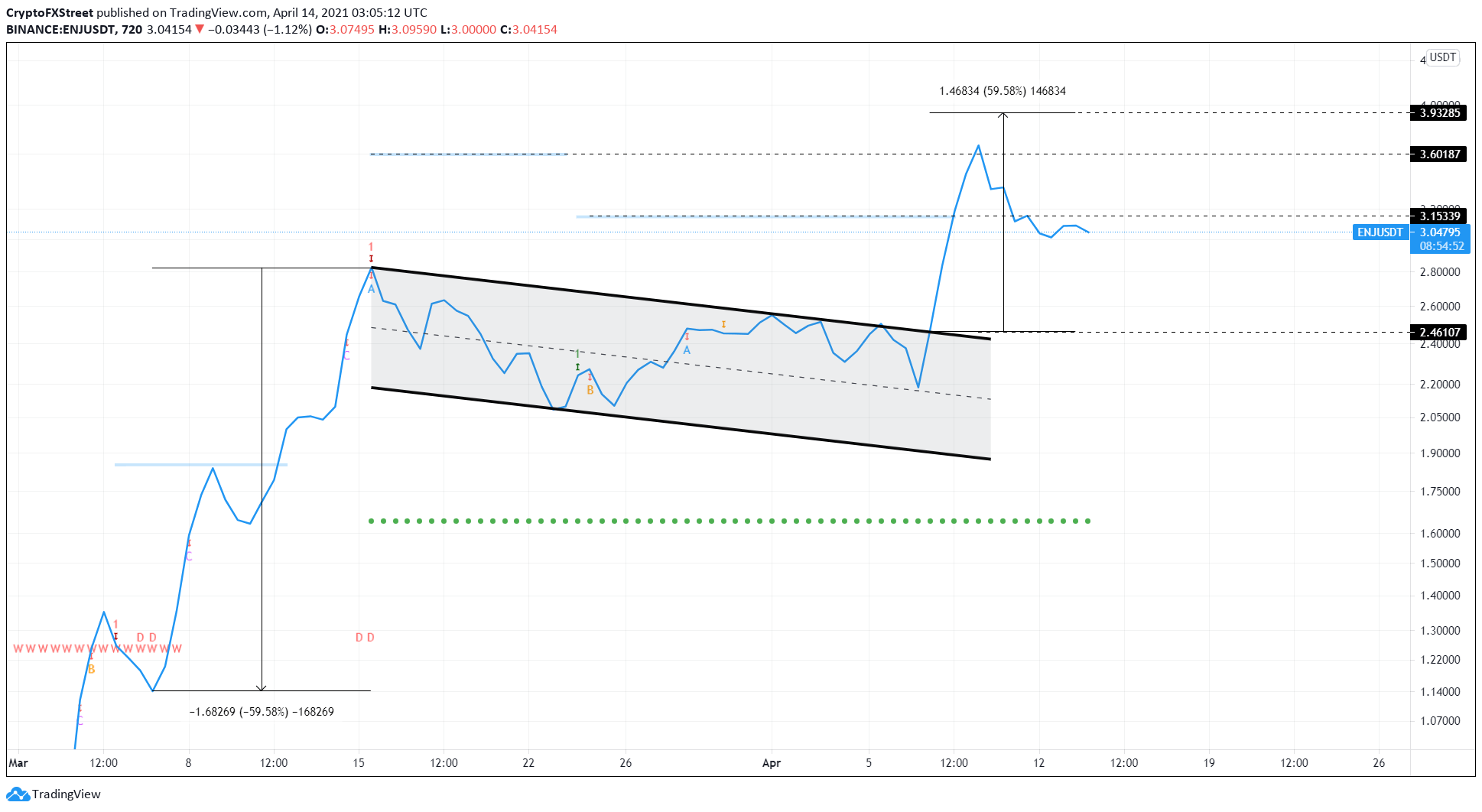 Favoring the bullish thesis is IntoTheBlock’s In/Out of the Money Around Price (IOMAP) model, which shows that roughly 4,600 addresses purchased nearly 132 million ENJ tokens between $3.02 and $2.70.

Likewise, underwater investors are present from $3.13 to $3.28, promoting the range-bound movement as mentioned above.

Additionally, supporting a move higher is a 4.4% drop in the ENJ held by exchanges. This reduction from 42.3% to 40.2% suggests that short-term sellers might be done selling, which further promotes the accumulation and a move higher as mentioned earlier.

If the sellers breach the demand barrier at $2.46, a bearish picture might come into play. In such a case, a 6% pullback to $2.31 seems likely. A breakdown of this barrier could further push Enjin Coin price by another 6% to $2.17.