Dogecoin price had a massive crash since its new all-time high at $0.45. The digital asset reached the top 5 in the market capitalization ranking after a massive rally. 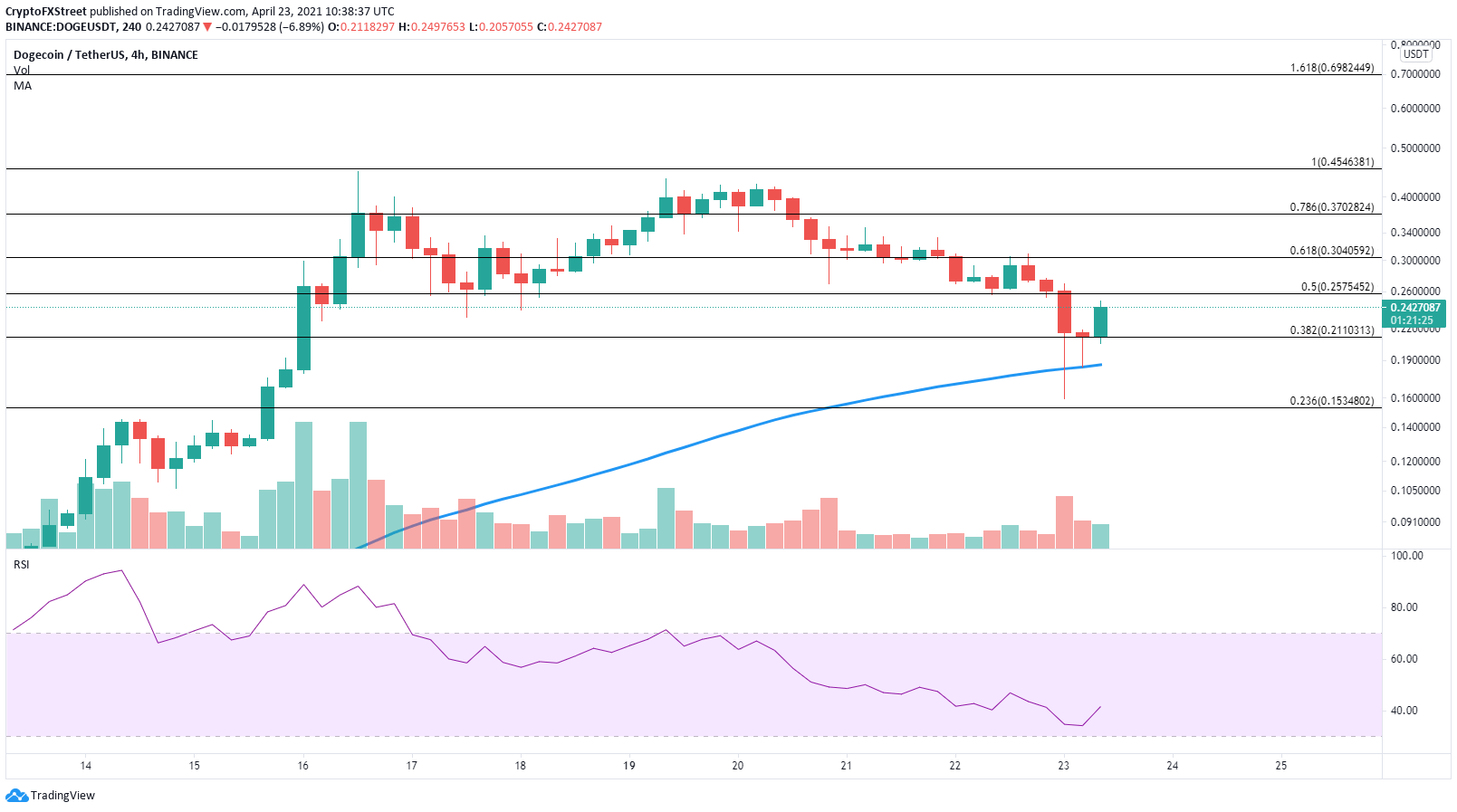 A breakout above this point could quickly drive Dogecoin price toward $0.30 at the 61.8% Fibonacci retracement level and as high as $0.37. Additionally, the TD Sequential indicator has presented a buy signal on the 9-hour chart. 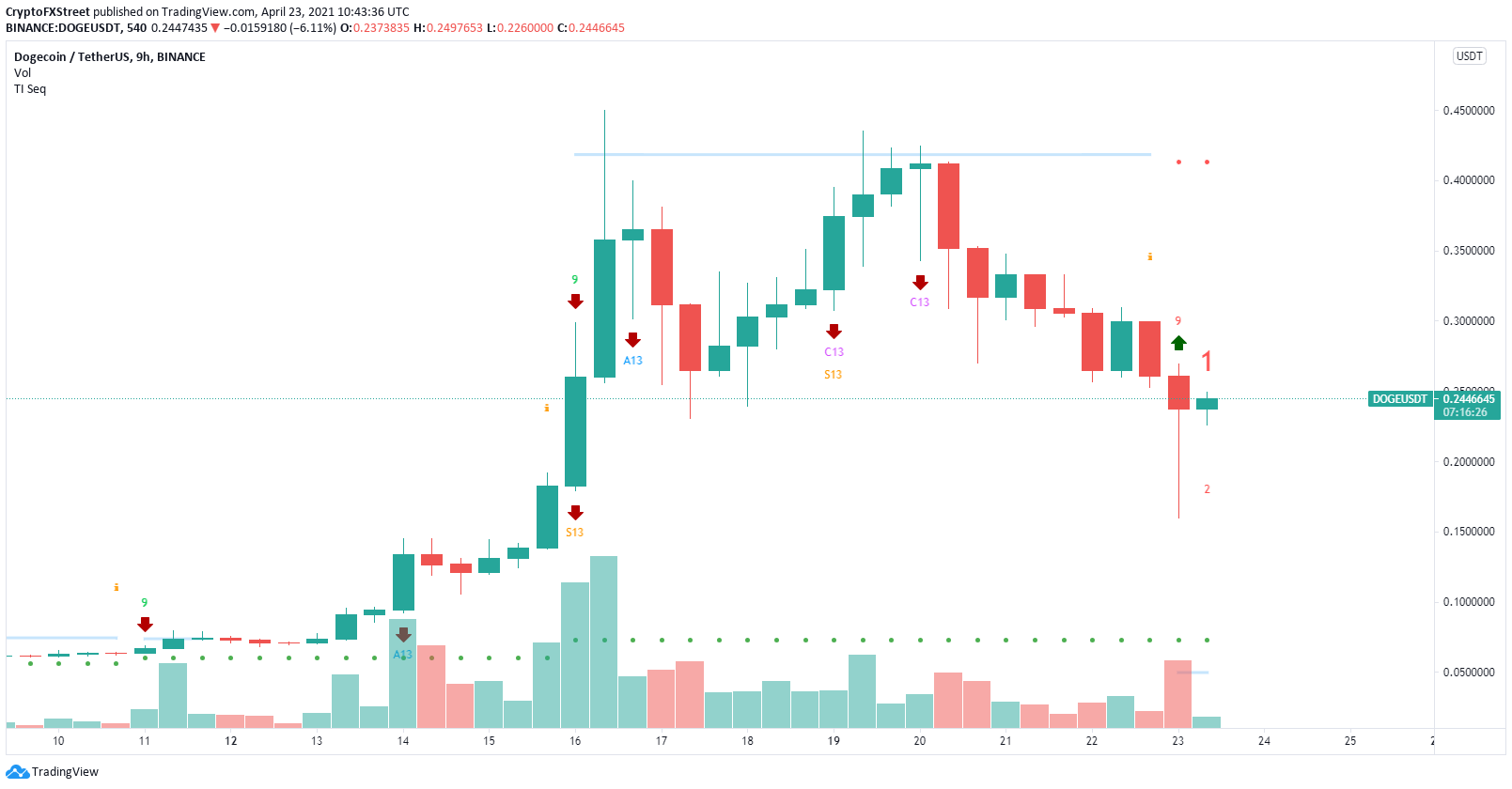 The previous candlestick on the 9-hour chart is considered bullish, as it formed a long lower wick, indicating that investors bought the dip. 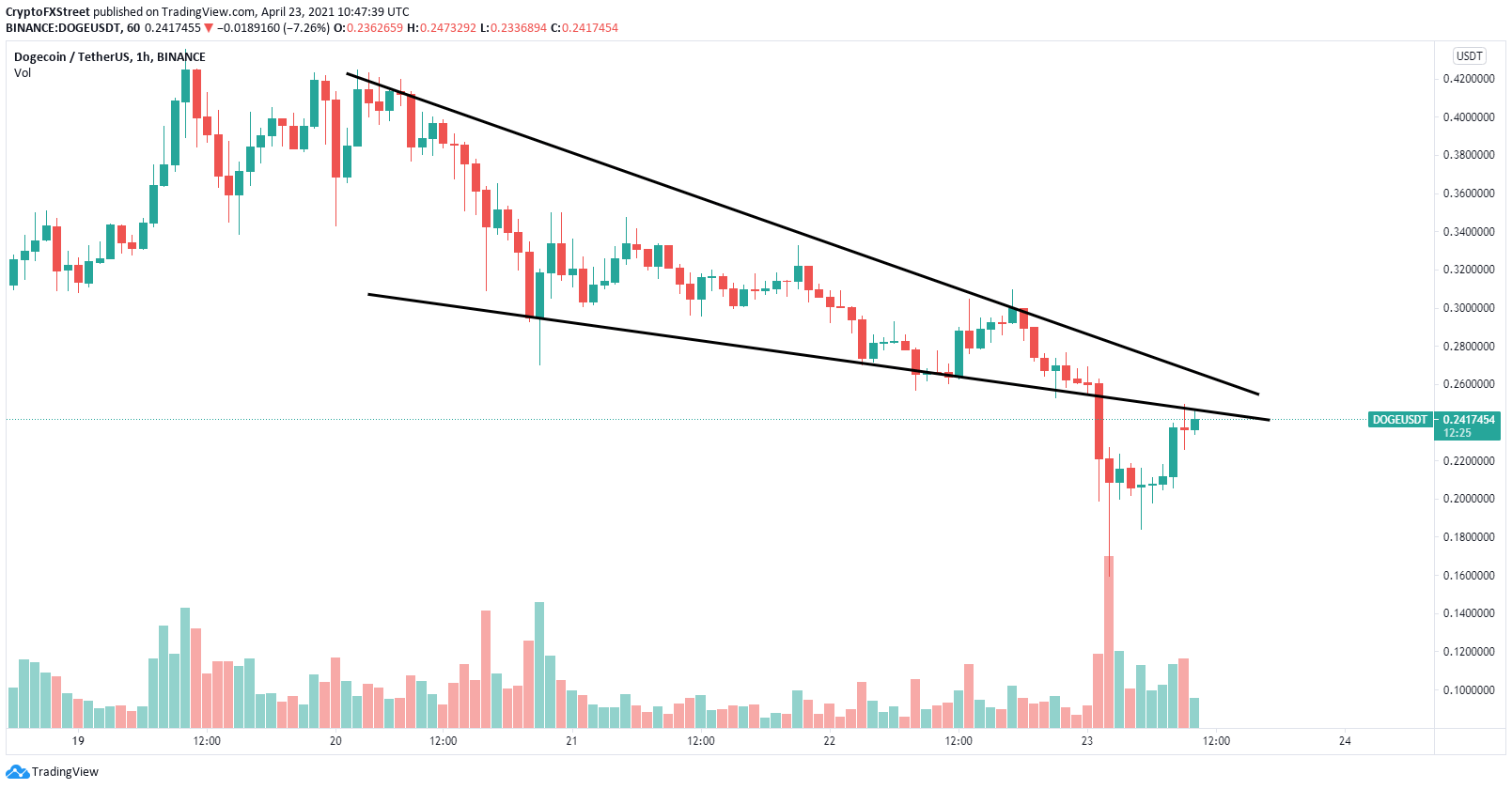 On the 1-hour chart, Dogecoin price had a breakdown from a descending wedge pattern and already met its price target. However, the previous support trend line will act as a robust resistance and it’s already rejecting DOGE. This could lead the digital asset toward a new low below $0.159.