It seems that it’s time for Dash to experience another pullback after a massive breakout in the past week. An indicator has just flashed a significant sell signal on the daily chart which could translate into a correction in the short-term.

On the daily chart, the TD Sequential indicator presented a sell signal on January 13 and it’s about to do the same on the 9-hour chart, although this last call hasn’t been confirmed yet. 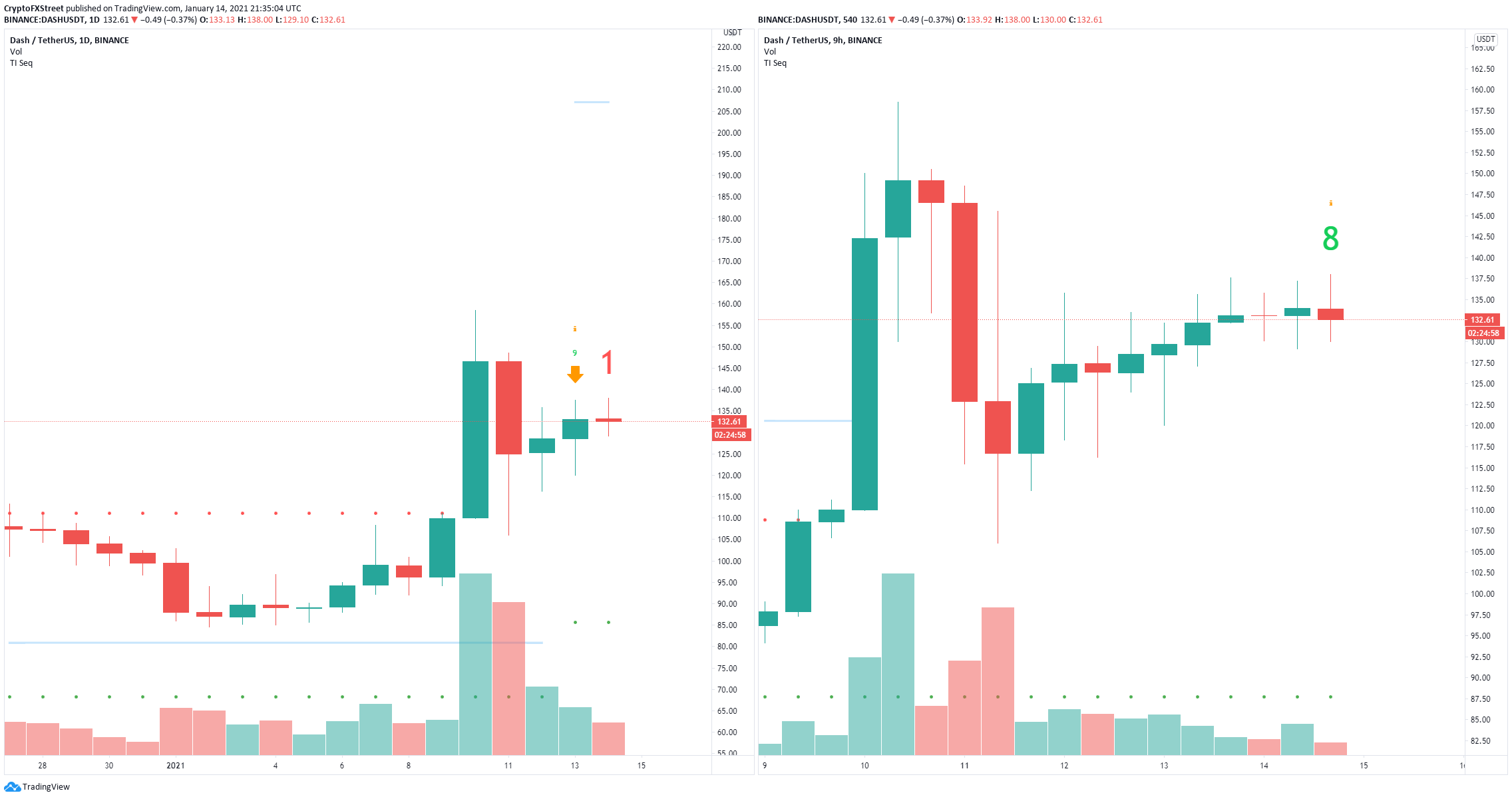 Using the Fibonacci Retracement indicator on the 12-hour chart, we can determine several interesting price targets on the way down. First, at the 50% Fib Level, Dash price would be around $120. The 38.2% level would be the $112 and one of the lowest targets for the bears. 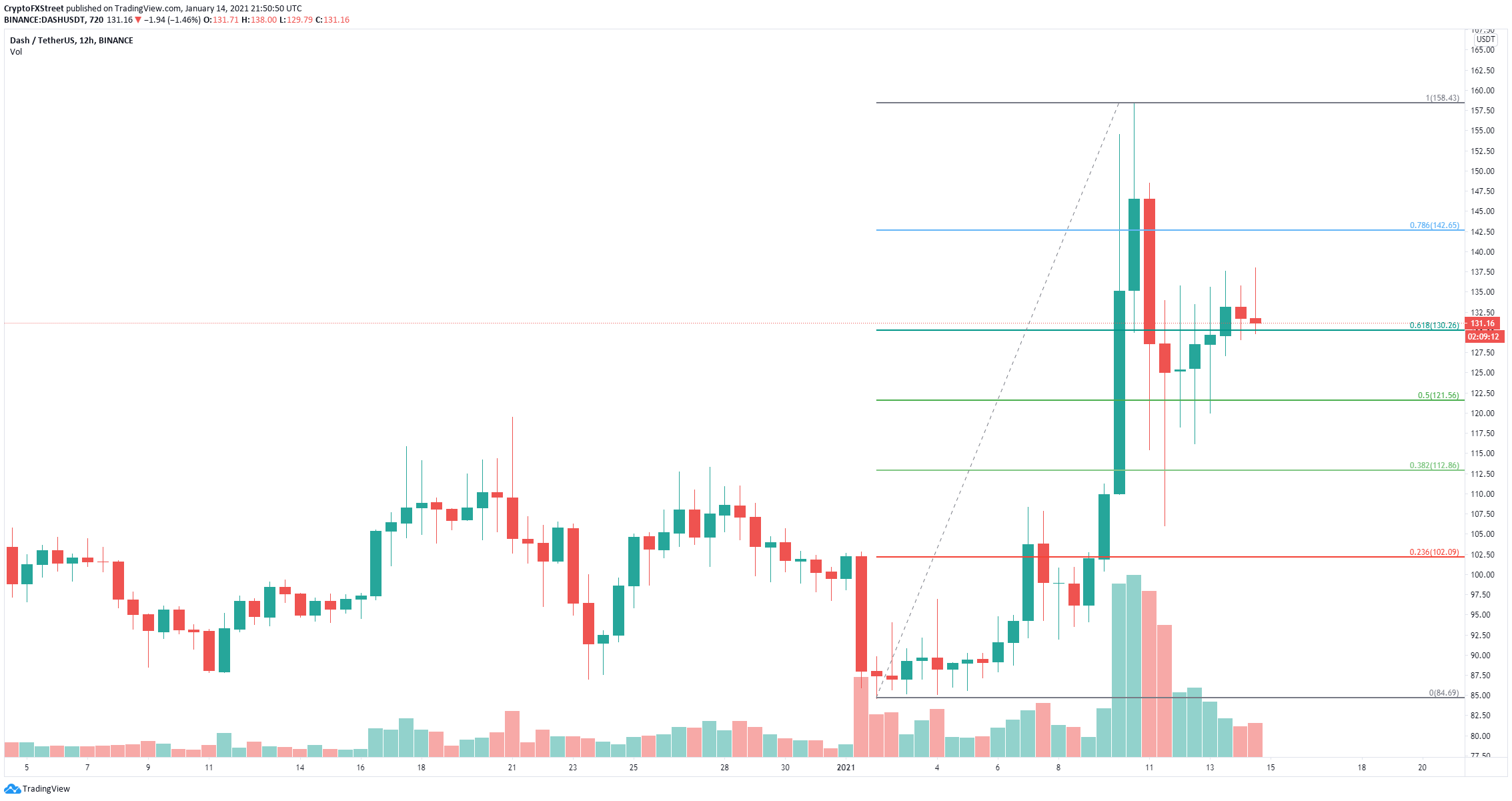 However, it seems that the In/Out of the Money Around Price (IOMAP) chart shows a lot of support on the way down between $125 and $130 and still good support below this range.

Additionally, the IOMAP model also indicates that there is only one resistance area between $136 and $141. A breakout above this point can quickly push Dash price towards $153 as there is no resistance overhead.