Shiba Inu price action has been a source of frustration for many hodlers and bulls who remain on the sidelines. But changes are developing. The Relative Strength Index on the daily chart has moved above the last oversold level in a bull market (40). Additionally, the Composite Index has crossed above both of its moving averages.

Decentraland price has produced three lower lows and four lower highs since December 6, indicating a steady downtrend. However, after the December 15 swing low at $2.93, the tide is turning for  MANA, starting with higher lows, indicating a slow shift in favor toward bulls. Although there have been two higher highs, Decentraland price needs to produce a four-hour candlestick above $3.64, to solidify its stance. 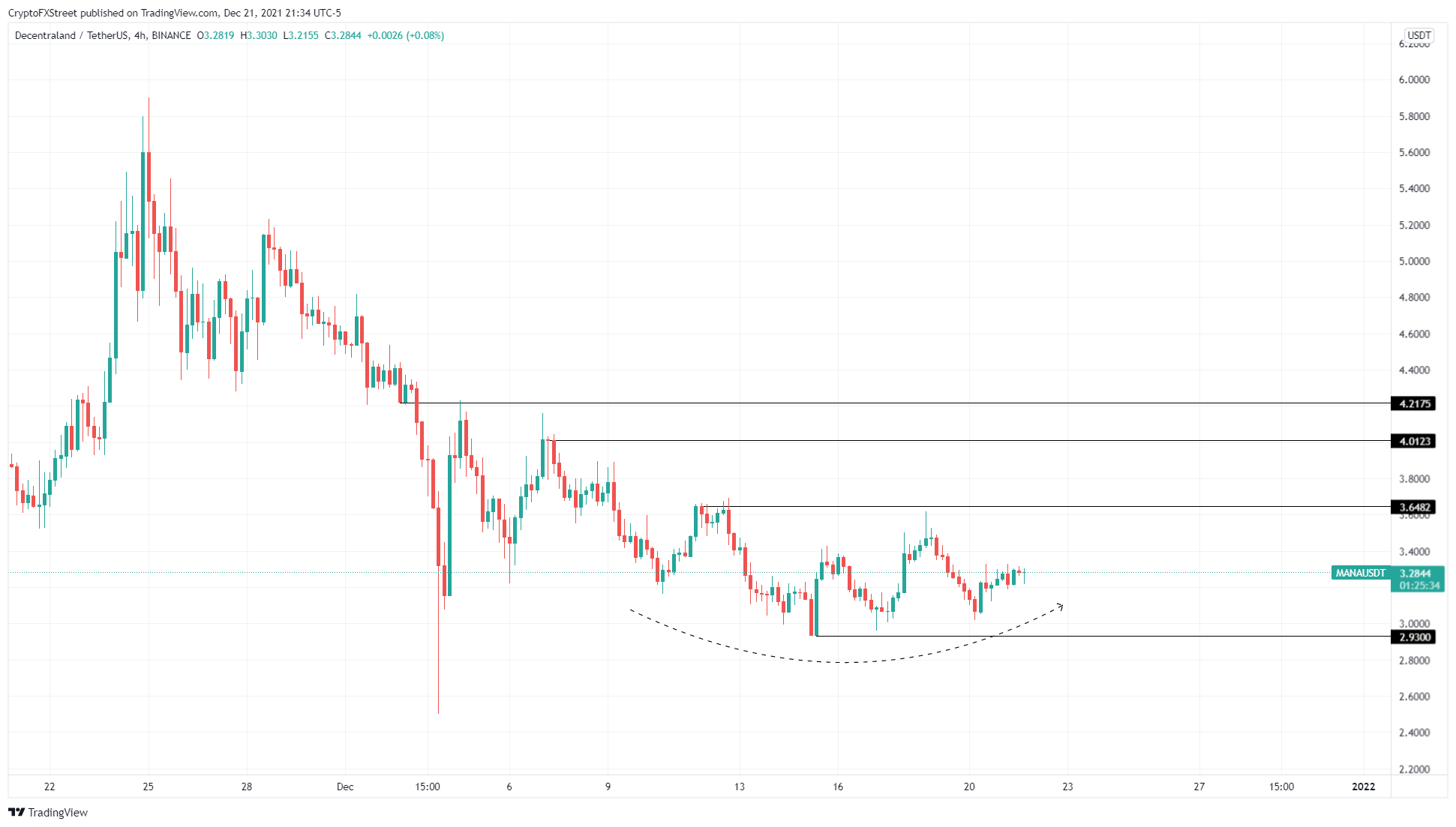 XRP price has hit an entry that has been identified in previous analysis. The theoretical long entry setup is a buy stop or buy limit order at $1.00, a stop loss at $0.80, and a profit target at $1.70. The trade idea represents a 3.5:1 reward for the risk setup. But it’s the pattern that has developed that is most important.