Bitcoin Price Analysis: BTC decouples further away from the SPX

After finding support at the 50-day SMA, Bitcoin has steadily climbed from $10,600 to $13,800 in three weeks between October 7 to October 27. Since then, the premier cryptocurrency has managed to settle itself around $13,415. Despite this Wednesday’s bearish movement, the overall outlook so far has been bullish. 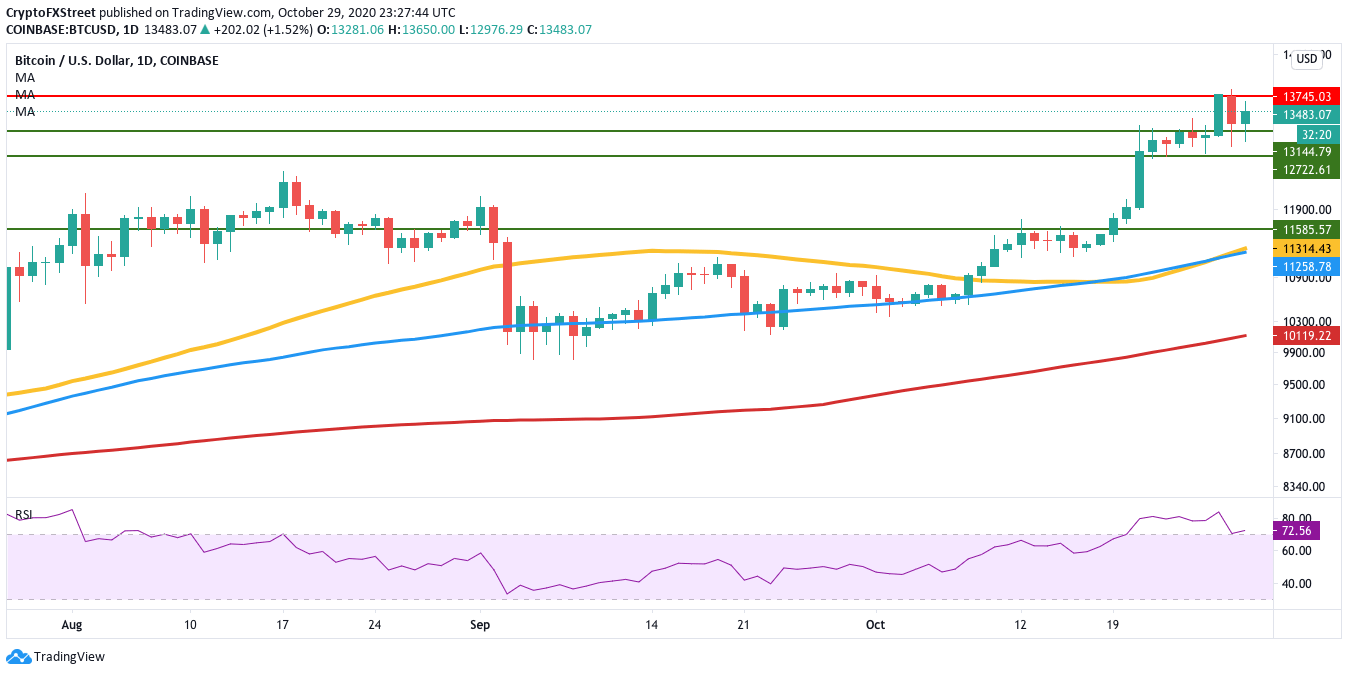 Tezos downtrend has remained intact since the peak traded in August around $4.5. Initially, the breakdown was massive and sharp, but buyers managed to balance by embracing support at $1.90. Recovery ensued from this level in September, but the lack of momentum to rise above the resistance at $2.5 limited the price action.

XRP broke below an ascending triangle pattern at $0.247 and hit a low of $0.243. In the next 24 hours, the digital asset continued dropping towards $0.24. However, bulls have managed to push the cross-border payment giant to a current price of $0.245. 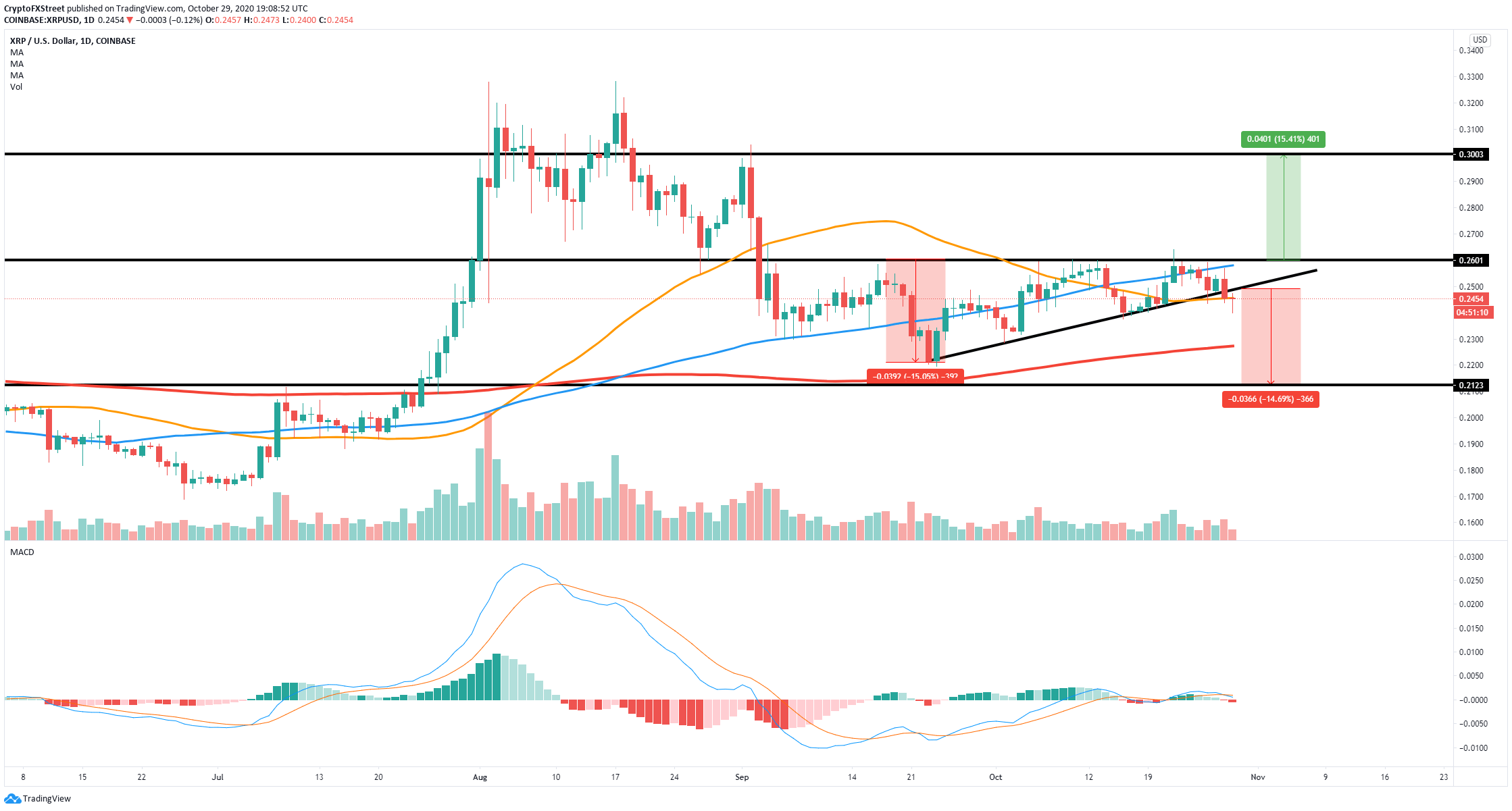