Bitcoin Price Analysis: Is this just a small blip?

Bitcoin is moving lower on Friday but it has found some short term support.

On the topside, the area to watch for resistance is marked in red.

This red zone has been used as support and resistance in the past and if broken could indicate the move lower was just a blip.

If the price bounces off there and moves down, this could indicate we are in the 3rd wave of an Elliott structure and more pain is to come.

Ripple Price Analysis: XRP/USD is stuck in the middle of a very congested area

Ripple has had a serious fall from grace since hitting 0.3463 on February 15th.

Now the price has started to find some support at 0.2250.

This is a key level as it has been used in the past.

And below the current price, 0.2126 is the next major support.

Litecoin Price Analysis: LTC/USD break of $50 would be devastating

Following the deadly evening star formation in the week of 14 February, downside pressure has been observed.

The price is consolidating, for now, following three deep sessions to the south for LTC/USD earlier in the week. 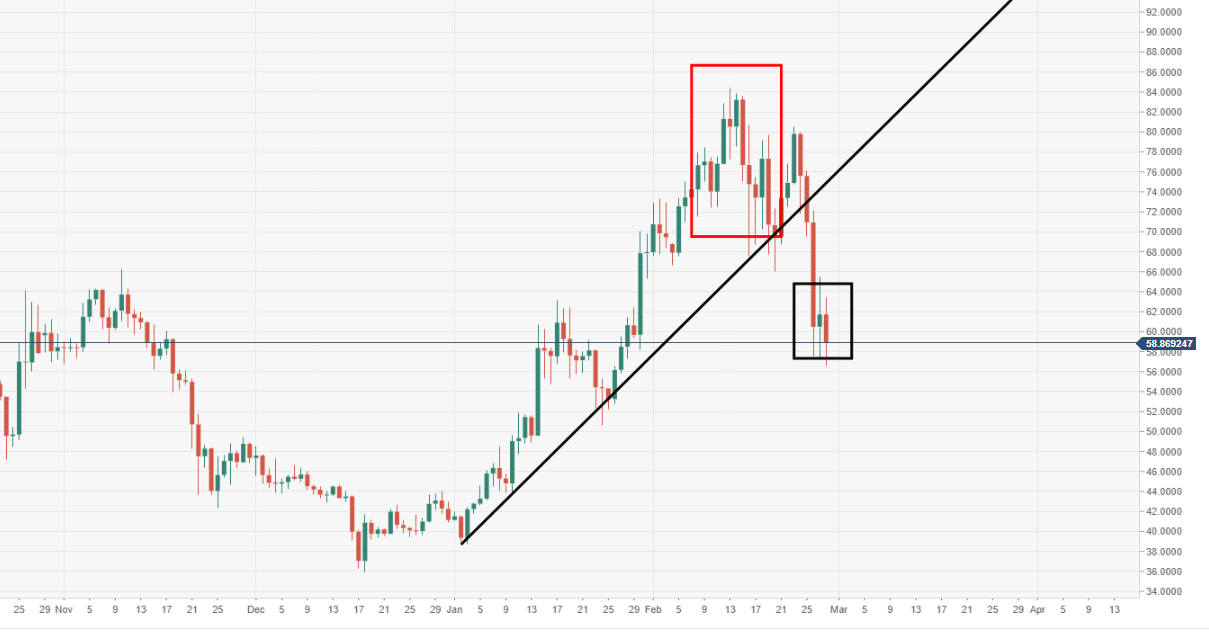 Ethereum, the second-largest digital asset came close to $400. If this psychological barrier is cleared, the price may retest the recent high of $415 and continue the recovery towards $450.