BTC/USD technical analysis: Bitcoin needs to break out of this range

On the four hour chart below, the BTC/USD price is showing that it is stuck between some tight ranges.

This is obviously pretty peculiar for Bitcoin which is usually volatile. Even worse over the past few days, we have been stuck in a USD 458 range.

The main value area point on the volume profile indicator is at 10,365.20. If price breaks higher and holds above there it would be a great indication that we could move to the top side of the range.

On the lower part of the chart, I have highlighted the main areas were volume as kicked in. There has been a big dry up in volumes since the last spike on September 16th and if we look closely the higher spikes have been on the sell-side.

ETH/USD technical analysis: Ethereum is one of the outperformers today

ETH/USD has broken out of an important psychological resistance as you can see on the daily chart below.

Since the price based out at around 163.57, buying volume has been noted and bulls managed to push the price through some important resistances.

Now on the topside, the next resistance stands at 230.28 and there has been some traffic at 250 also.

The price has come a long way down since the highs seen in June of 364.49 and if the higher low higher high waves continue with this volume we may get some way back toward those levels.

0.3000 is now the resistance level to beat after the trendline and the psychological level matched up to form a strong resistance.

The main value area is way underneath the price at 0.2616 but the consolidation top of 0.2665 could be the support zone if we get a mean reversion.

If we do get another push higher in the Asian session 0.3282 is the next resistance on the topside. 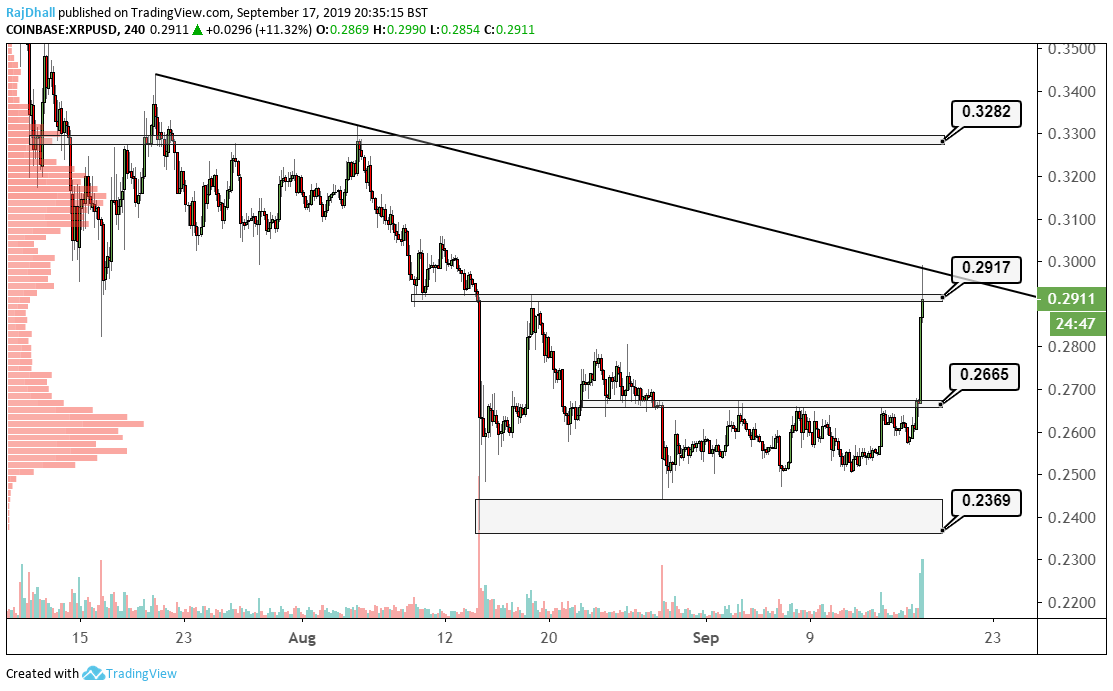 Bitcoin Price Analysis: BTC/USD bounces off $9,400 support after rejection at $9,700

The cryptocurrency market is in the green on Monday, during the Asian session. The largest cryptocurrency by market capitalization, Bitcoin is trading 1% higher on the day. BTC/USD opened the session at $9,446 and ...

Ethereum (ETH/USD) surged higher on Saturday and touched its highest level since early March at $247 before closing the day with a daily gain of 10% at $243. The pair, however, has struggled to preserve its momentum ...

Cardano continues to be one of the most active cryptocurrencies among the top 100. ADA/USD led crypto recovery last week to the extent of testing the critical $0.08. Although there was a brief break ...