On the intraday timeframe, there was a nice pattern breakout in the BTC/USD pair.

There was a descending wedge formation in the price action yesterday as 10k was defended yet again.

Price is now headed to the value area on the chart pointed out by the volume profile indicator on the left.

The peak of the bell curve represents the price were most contracts have been traded.

Currently, the price is USD 100 away from that level but is looking positive and could reach there this evening. 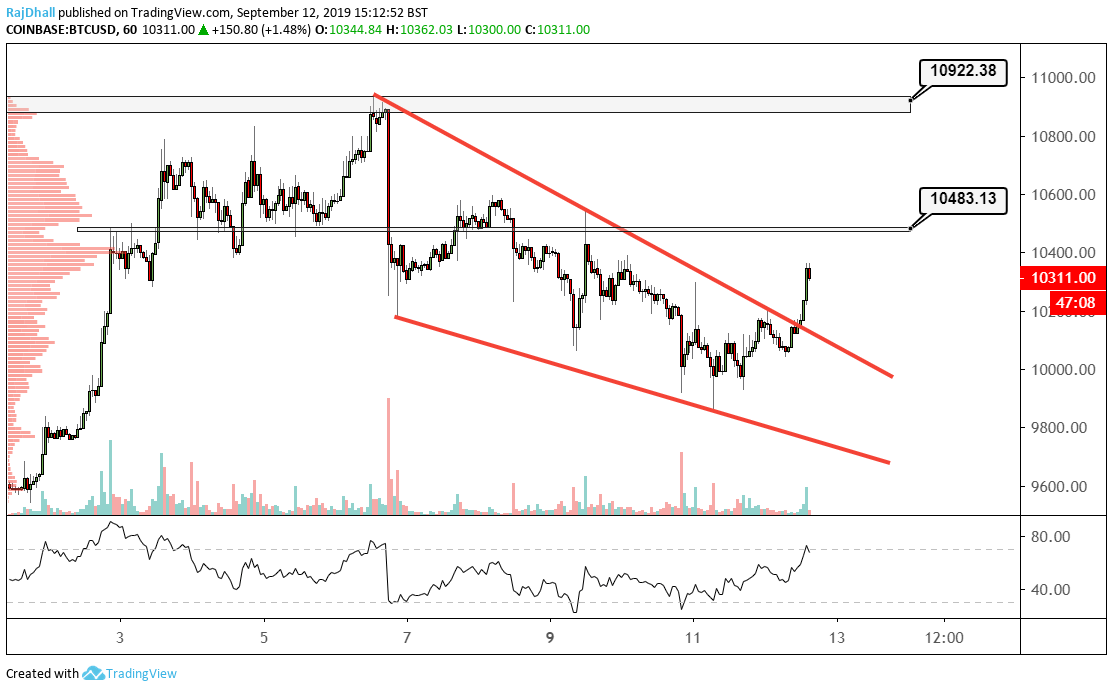 Ethereum is gradually moving down. Moreover, it has recently broken the $180 support area. Before the lower correction, ETH had formed a short-term top near $183.

The 50 Simple Moving Average on the four-hour chart is moving above SMA 100 indicating an uptrend momentum. The main support area is at $177 as indicated by SMA 100 while the second support is at $178 as shown by SMA 50.

The Relative Strength Index (RSI) is recovering towards the overbought. Traders must be on the lookout for signs of a reversal as Ethereum approaches overbought conditions in the near-term.

Litecoin price on Thursday is trading in negative territory by 0.18% in the second half of the session.

LTC/USD price action is stuck within the confinements of a bearish flag formation.

The bears in the session have tested the lower acting trend line of the above-noted structure but holding for now.