Chiliz price has slowed down since March 12 and indicates a reversal could be underway.

Chiliz price needs to defend against a reversal

Chiliz price surged a whopping 1,680% between March 1 and 12. Since its peak at $0.94, CHZ bulls seem to be having trouble keeping the asset afloat. At the time of writing, Chiliz market value was fast-approaching an inclined support line that has sustained this rally in its initial stages.

March 6 was the last time this line was tested by Chiliz price. Now, Chiliz price could retest this barrier around $0.50. Interestingly, this line coincides with the 78.6% Fibonacci retracement level at $0.49.

Hence, a breakdown of this could trigger a full blow correction to the subsequent demand barrier. In this case, Chiliz price could initially drop 40% towards the 61.8% Fibonacci retracement level at $0.29, coinciding with the 50 twelve-hour moving average (MA)

If this level fails to hold the sellers, CHZ might head as low as $0.20 at the 50% Fibonacci retracement level. This move would mean a 77% retracement from its all-time high at $0.94.

Adding credence to the bearish outlook is the MRI indicator, which has printed extensions A and C for the rally that began in mid-March. So, a reversal in the uptrend here seems more than likely. 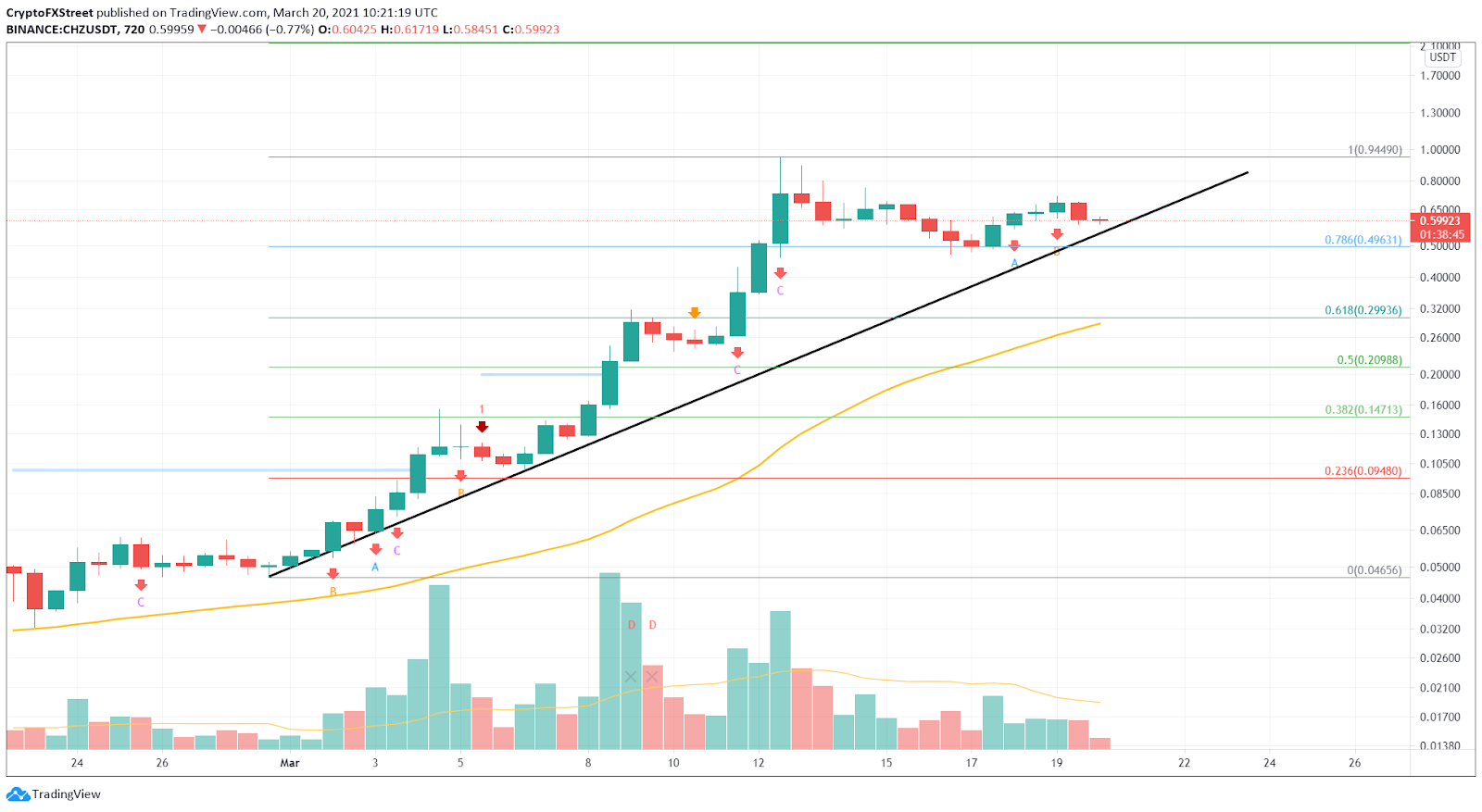 While a breakdown of this critical barrier is bearish, a bounce from it could spark a bullish momentum that could allow Chiliz price to retest the all-time high at $0.944.

Sustained or increasing bullish pressure here could ascend CHZ price to $2.14 at the 127.2% Fibonacci retracement level.