Ether is under CFTC jurisdiction

Attorney Hogan asked the head of the SEC whether Ether, the underlying asset of the Ethereum blockchain, was a security pertaining to the Ripple case. The lawyer stated that Gensler previously said that the US securities laws are very clear, but there seems to be cloudiness around the status of ETH.

Gensler has had extensive experience on Wall Street, with government regulation and with teaching about cryptocurrencies at MIT. The crypto community believed that his appointment as the SEC Chair would be good news for the industry.

The digital asset industry has struggled around regulatory frameworks, and the former head of the SEC, Jay Clayton, had been known to justify his actions against cryptocurrency proposals.

Hogan added that Gensler is highly informed about Ethereum, given his background. Therefore, the attorney asked for a clear answer regarding the status of Ether. The SEC Chair previously said that XRP and Ether could be classified as non-compliant securities.

CFTC Commissioner Quintenz said that the SEC and his agency both share responsibility for the regulation of futures contracts on securities.

The Commissioner clarified that there is currently a futures contract on Ether. Therefore, it is only “under the CFTC’s purview, which makes ETH a non-security commodity.”

Ethereum price continues to tread within an ascending parallel channel pattern, forming higher highs and higher lows. The governing chart pattern suggests that although ETH has not broken out of the trend yet, it could head toward $3,800.

The prevailing chart pattern indicates that a swing above the upper boundary of the parallel channel could put a 16% surge on the radar. However, before this bullish target can materialize, Ethereum price has a few hurdles to tackle. 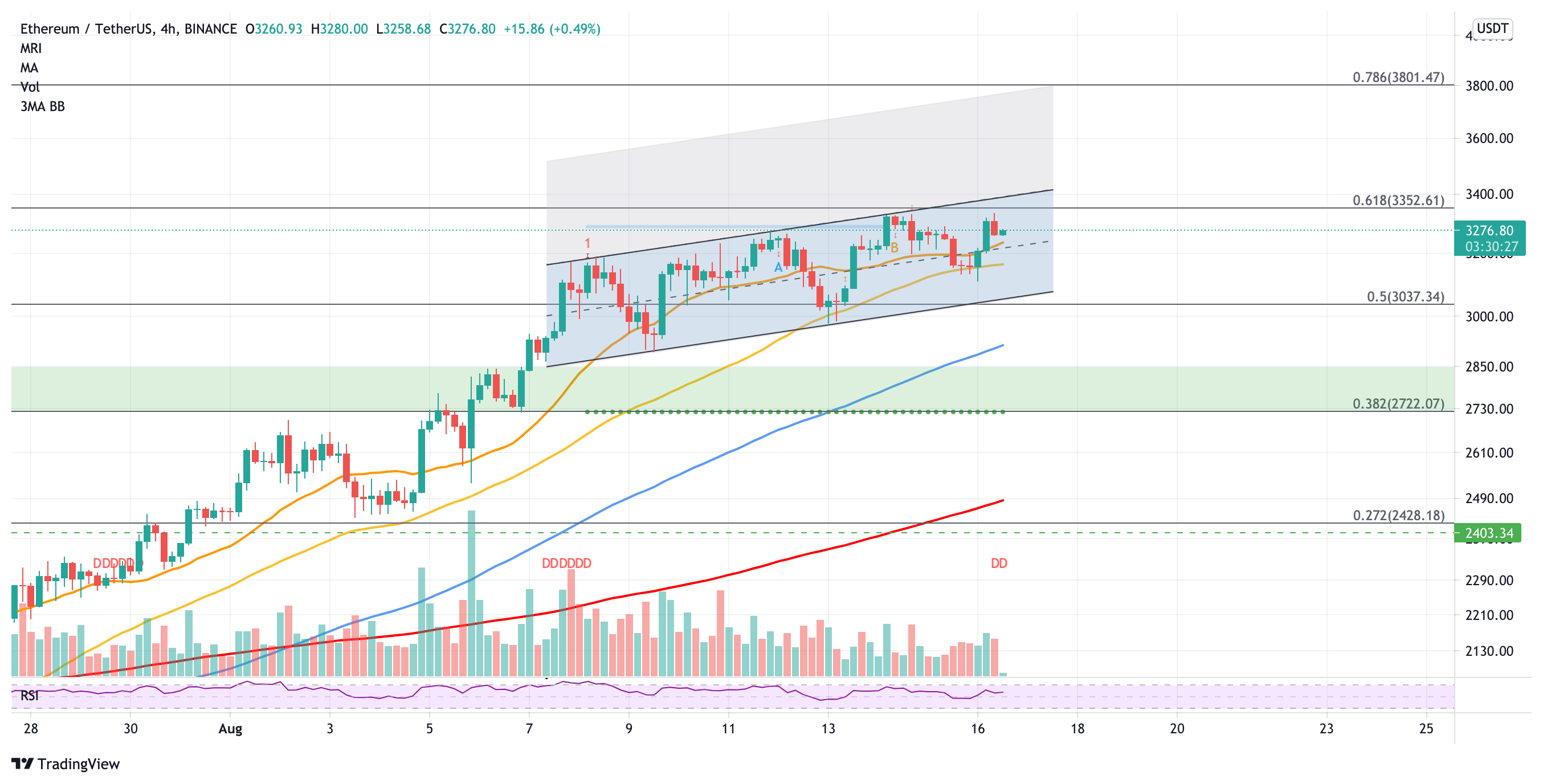 Should selling pressure increase leading to a reversal of fortune, Ethereum price would discover meaningful support at the 20 four-hour Simple Moving Average (SMA) at $3,227, coinciding with the middle boundary of the chart pattern.