Cardano (ADA) price action is not seeing the turn in sentiment that was expected with the start of a new trading week. Geopolitical talks are ramping up again this Monday regarding Russia, and investors are awaiting details of monetary tightening by the FED later this week, making investors an absent party in the cryptocurrency market for the first few days of the week. As $1.01 is under fire, expect a break below to open the next leg lower towards $0.69, shedding another 30% of the price value for the altcoin.

Cardano participants seem to be split in half, with only sellers and bears present in the market, while bulls and investors remain on the sideline. The biggest reasons for this are the political rhetoric on Russia that is ramping up again this morning after statements that NATO and the US would send in more military material and troops. Financial markets, meanwhile, are awaiting the outcome of the FED monetary policy meeting Wednesday. These two tail risks keep price action muted or further to the downside, with investors sidelined.

ADA this morning is drilling down on the monthly S1 support level and the historical $1.01 level that goes back to March 05. Once this breaks, expect not much support to be present until $0.69 where the monthly S2 support level kicks in at around $0.75, but the most significant historical level is at $0.69 from February 06. Expect buyers to come in there as that would mean that ADA price action is back at 0% on a Year-To-Date (YTD) performance. 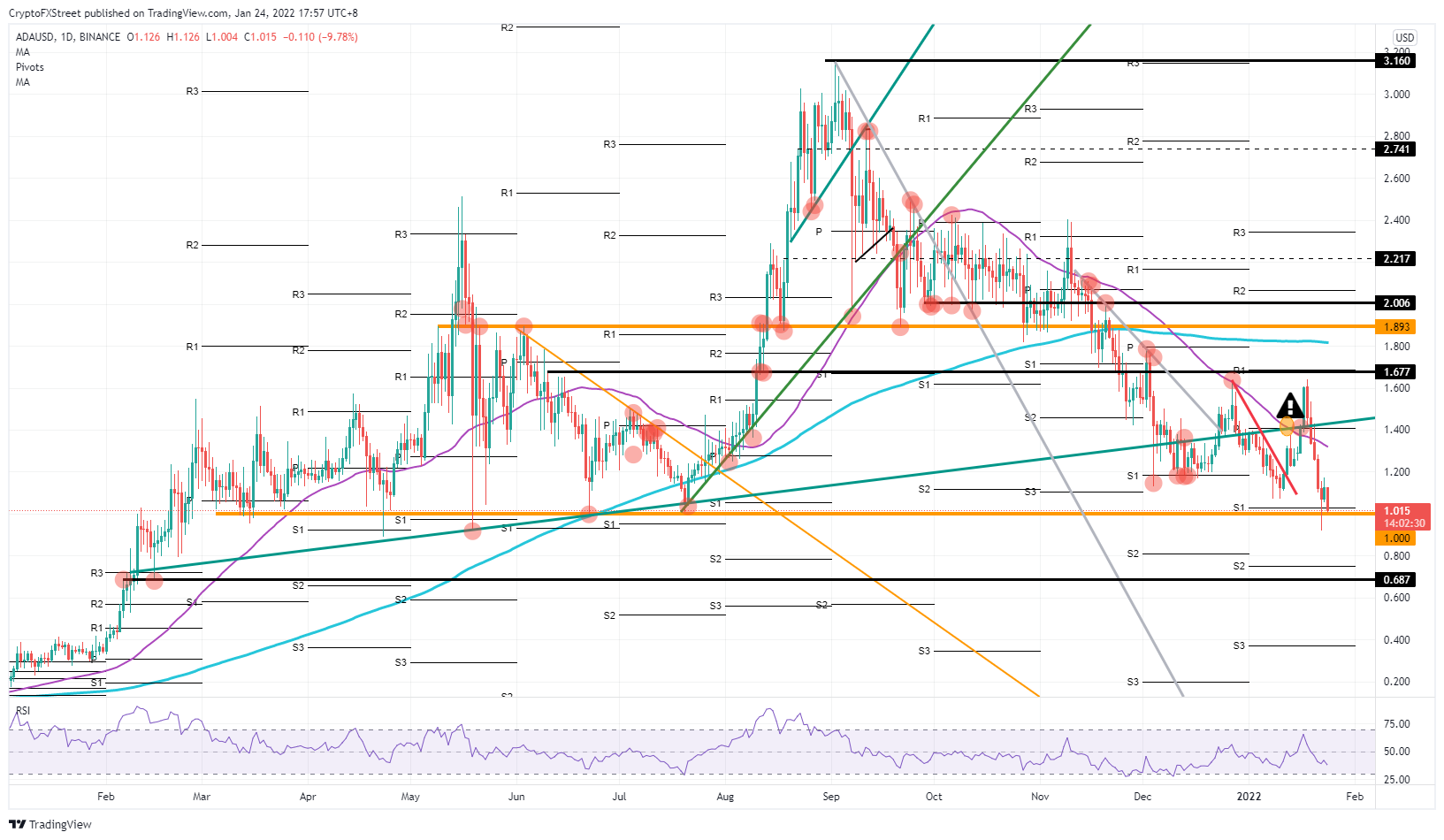 As the FED holds the keys for a turn in sentiment short-term, expect a pop higher to unfold very quickly. A knee jerk reaction would wash out many short positions and bring price action quickly back towards $1.40, at the level of the monthly pivot and the green ascending trend line. Should the message from the FED by Wednesday be very dovish and in favour of risk-on sentiment, expect a possible test of $1.68 further to the upside for this week.