Cardano price is ready to rally after triggering the same pattern for the fourth time in the last two months. This development could provide buyers and traders with a quick and easy setup to capitalize on.

The fractal repeated for the third time as the July 18 swing low at $0.467 was swept by producing a lower low on July 26. This development was followed by another Cardano price rally that pushed it up 20%.

As of this writing, Cardano price has swept the $0.488 swing low formed on July 28, hinting at a quick rally. So far, ADA has moved up 4% and could ride another 8% before exhausting its bullish momentum. 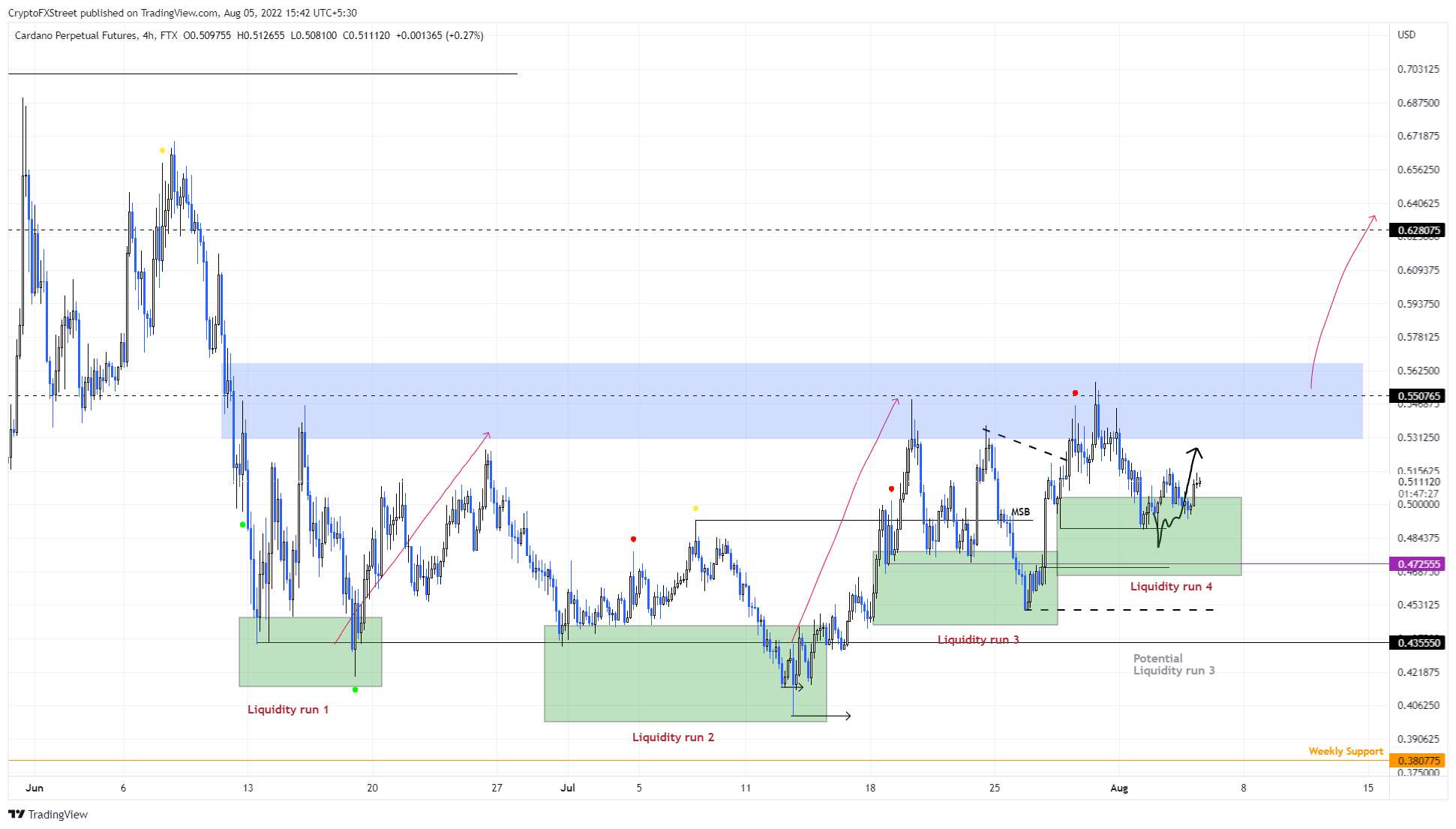 However, if Cardano price fails to move higher but instead succumbs to the bearish pressure, things could get ugly. Notwithstanding, buyers have another chance at recreating this fractal by sweeping the $0.450 support level.

A failure to do so, however, coupled with a daily candlestick close below $0.435 will invalidate the bullish thesis for ADA. In such a case, Cardano price could revisit the $0.380 support level.