Cardano Network hit a key milestone, as the number of smart contracts, used to validate transactions, crosses 3,000. Despite the delay in the Vasil hard fork, analysts have predicted a breakout in the altcoin.

Also read: Where is Cardano price headed next after ADA staking goes mainstream

While the Vasil hard fork was delayed two times by  the developers of the Cardano network Input Output Global (IOG), analysts retain a bullish outlook on Cardano. Ahead of the Vasil hard fork, there is a large number of network participants and holders awaiting the update. 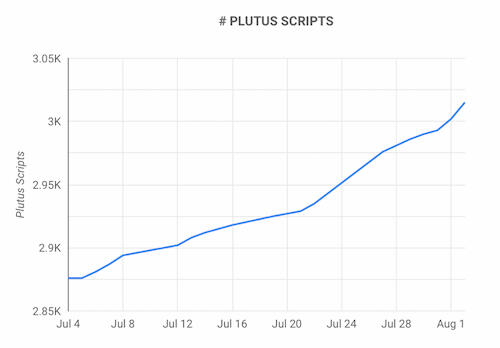 …the problem is that every time something is discovered, you have to fix it. But then you have to verify the fix and go back through the entire testing pipeline.

Hoskinson emphasized the importance of completion of the entire testing pipeline before the Vasil hard fork is implemented.

The IOG team is working on the two bugs that were discovered, on nodes v.1.35.1 and v.1.35.2. This would speed up the development on the Vasil hard fork.

RektCapital, a crypto analyst evaluated the Cardano price trend and noted that ADA price witnessed a recent breakout from a Falling Wedge chart pattern. This pattern usually occurs when the asset’s price is moving in an overall bullish trend before a correction. Cardano price is now expected to burst through the upper trend line, past $0.515 to begin a 40% rally.