Cardano (ADA) price shows signs of distress and signals some issues ahead as a part of the rally is being pared back. Although only 10% of the 61% rally has been given back thus far, the way the fade is happening is a reason to worry. Where other cryptocurrencies have quite crucial support points nearby to underpin the price action, ADA is dangling and set to drop another 10% quite quickly if bulls cannot turn sentiment back in their favor.

Cardano price action proof of headaches ahead for next week

Cardano price carries the message “enjoy the party while it lasts” as it appears that it is soon time to pay the piper for this rally. After a staggering 61% rally from bottom to peak, the way the fade has behaved shows many signs of bearish behavior. After stretching to the top near $0.388, a very close rejection followed against $0.384. On Wednesday a rejection against the monthly R2 at $0.362 looks to be the next one.

ADA is thus unable to maintain its ground, and support seems to be breaking down, which makes this rally look rather like a house of cards. If this R2 persists in its resistance character, Cardano price will tank another 10% toward the low of January 17, 2021, which has been marked as an important area near $0.324. Should the central banks next week dampen the positive tone in the market and set the record straight that this bullish party is over, expect another tier lower with $0.297 as the best candidate for support with both the historical level and the 55-day Simple Moving Average coming in for support a touch higher near $0.300. 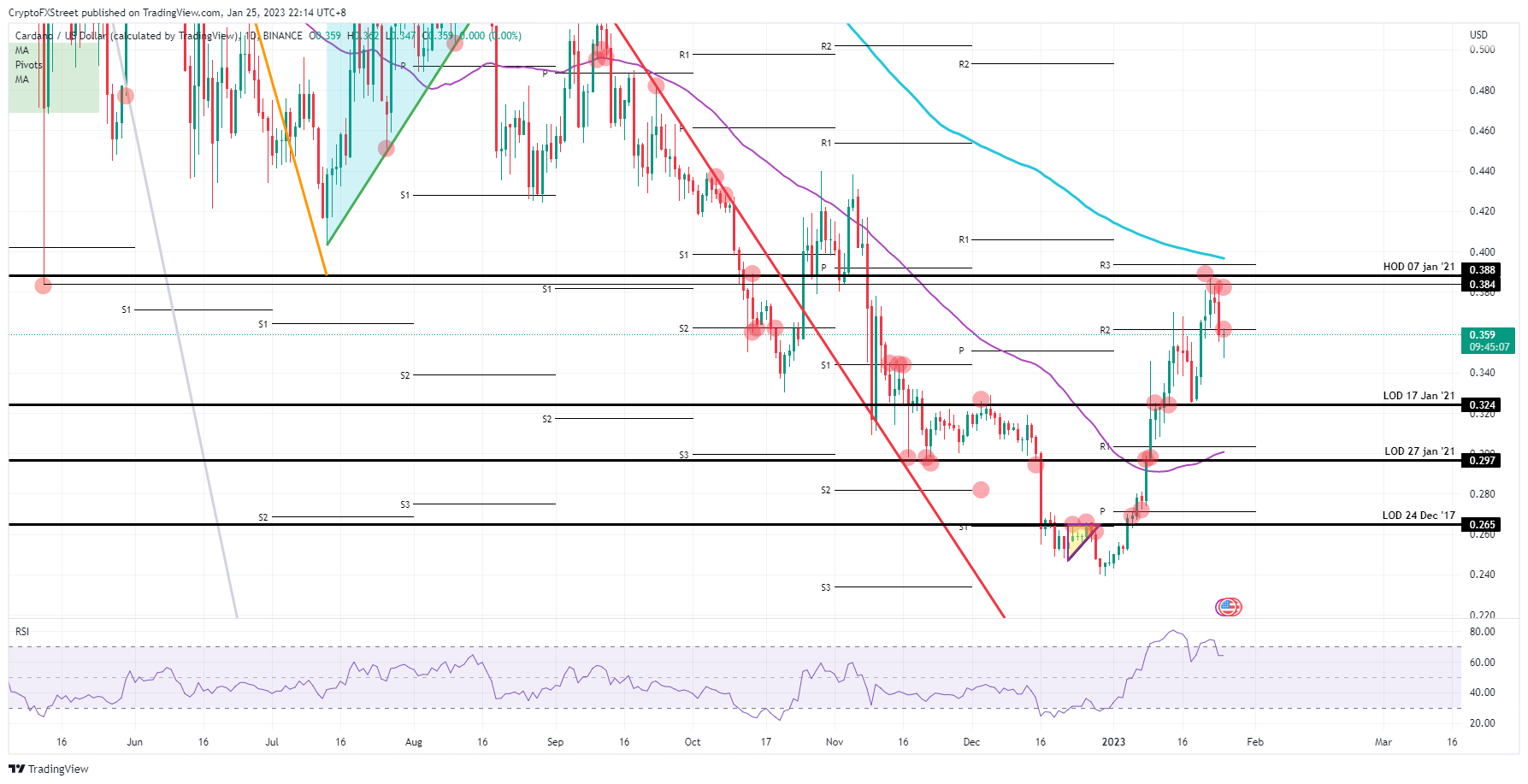 The biggest binary element in this comes from the US Federal Reserve, which holds all the cards. Should the Fed come out supportive of the current rally and offer up only a 25 basi point hike or even no hike, expect markets to go all in on the Goldilocks scenario. Equities would shoot higher, and cryptocurrencies would see massive inflow, with ADA breaking above the 200-day SMA at $400 and sprinting higher rapidly.