Cardano price has built a pennant continuation pattern just below 2018 high. Based on the tightness of the price action in the last three weeks, there is a high probability for a resolution to the upside in the next few days.

The ADA advance over the last year represents a remarkable recovery for the cryptocurrency after plunging almost 99% from 2018 high to the 2020 low. Enabling the rally has been a bullish news role for the Cardano ecosystem. The founder, Charles Hoskinson, has revealed that it will concentrate its efforts on the NFT marketplace and that his team has negotiated with many top-10 NFT marketplaces about porting them to Cardano.

Hoskinson also announced at the Blockchain Africa Conference that Cardano was near “deals and initiatives” through public-private partnerships with several countries in Africa, intending to attract millions of users to the ecosystem.

Moving forward, the key will be whether the Cardano smart contracts update will facilitate blockchain developers to create crowdfunding, auctions, and now famous, collectibles business applications.

The pennant pattern measured move is 270%, and it targets $5.25 in the medium-term, just below the 361.8% Fibonacci extension of the February-March decline at $5.50. If the pattern evolves into a symmetrical triangle, the measured move target is $2.03, close to the 161.8% extension at $2.08, representing a 38% gain from the triangle’s breakout. 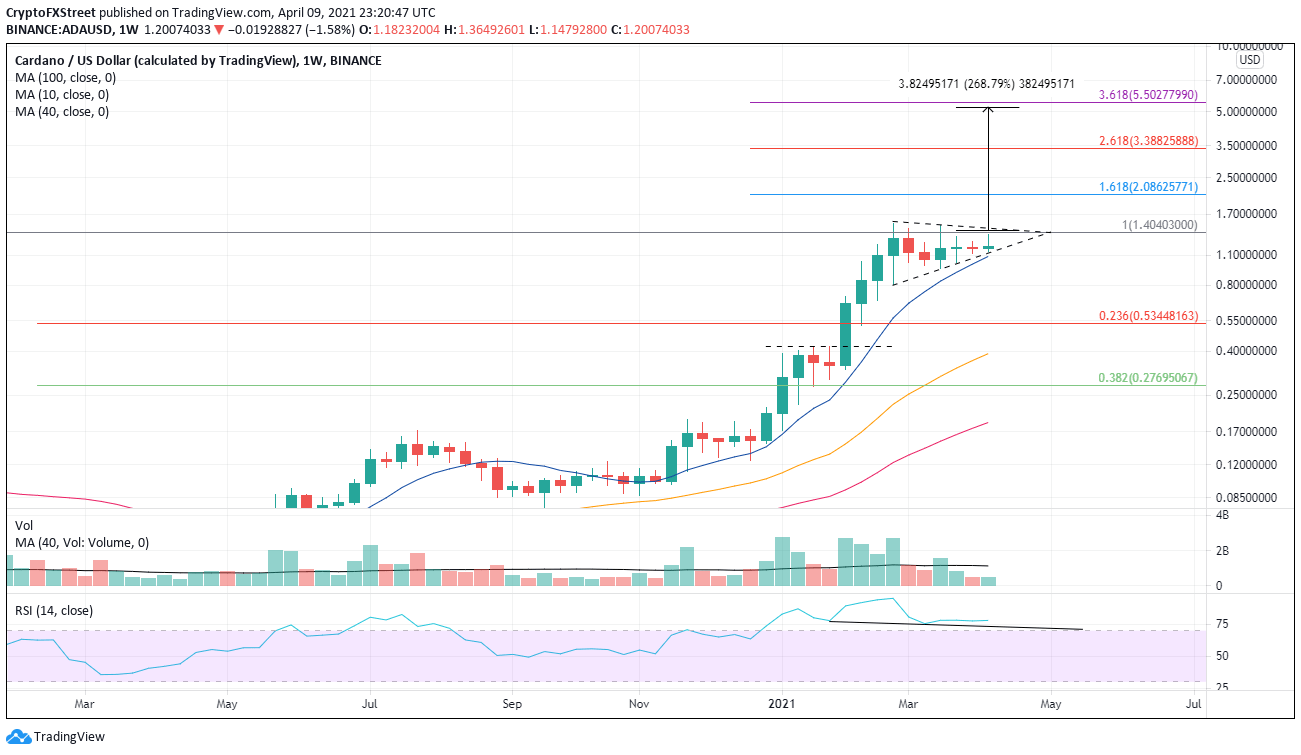