Cardano (ADA) is on a weekly bounce off the $1.90 level and hitting $3.16 as the high for this year. The weekly price action is right in the middle of this range, but bulls have a few elements in their corner as an incentive to stay in their positions and run prices up back towards $3.16.

Cardano buyers were very patient last week until the opportunity occurred to build a long position in ADA. Sellers ran prices down towards $1.89, a level that has proven its importance on past occasions. It acted as the launching point on August 16 for the rally that lasted for two whole weeks. After sellers were able to run prices down, it did the rally some good as price action was getting overheated and indicators started to flash warning signs on being overbought.

With the bounce off that $1.89 level, the rally since July got a green ascending trend line formed and is acting as a reference point now for both buyers and sellers. A retest of that trend line might still be in the cards, but it will most likely attract more buyers as a means of entry for those who missed the entry last week at $1.89. 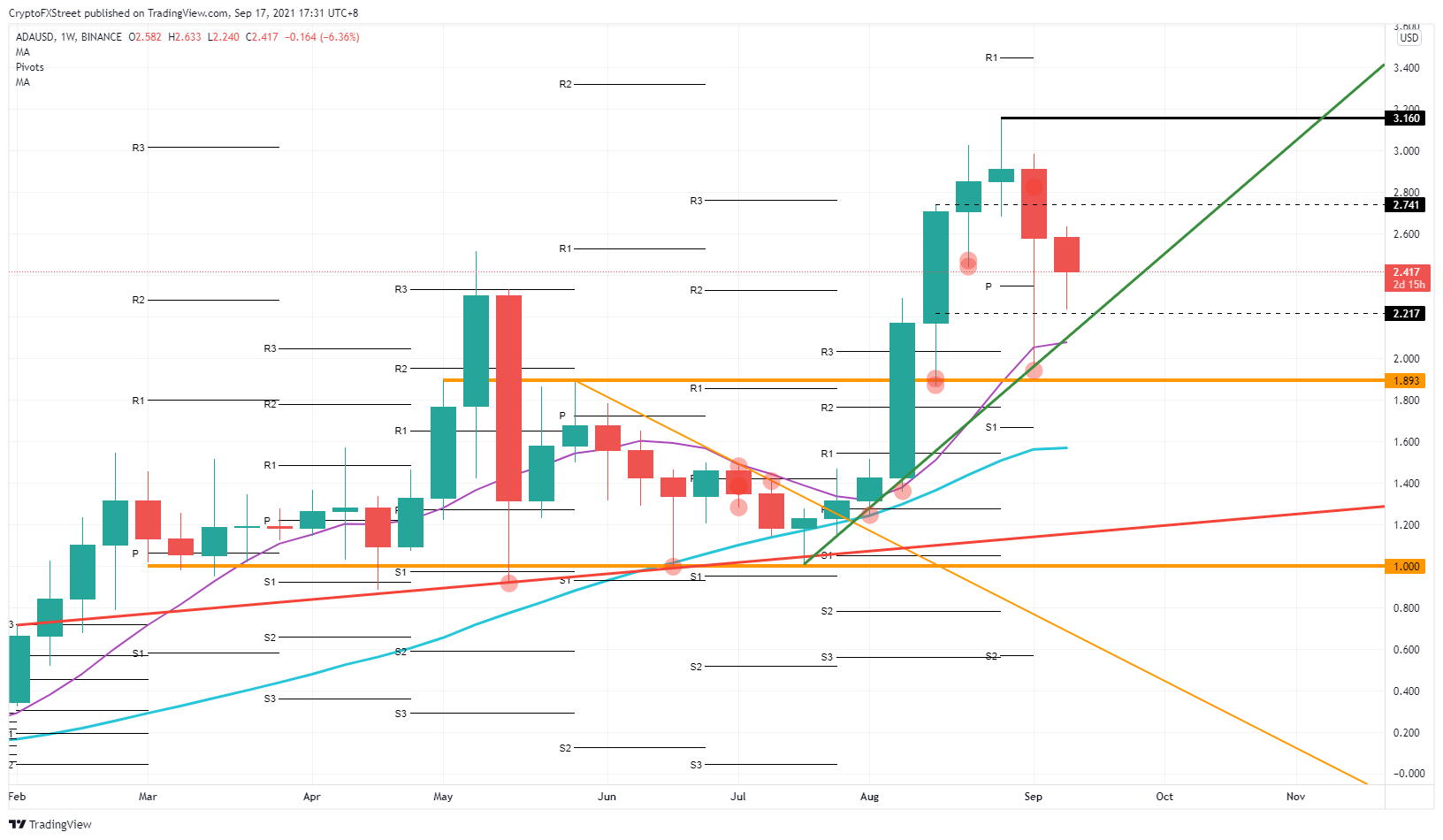 The bull rally is still intact as long as this weekly candle can close above the green ascending trend line. Expect not many countermoves from sellers as there is no real solid entry point for them for the moment. Once price action should ramp up to $2.74, that might hold some resistance but be very short-lived. Once there, bulls will charge in full size for the push towards $3 and $3.16 with the retest of the high for this year.

If market sentiment would turn in ADA, sellers would gain control if the green ascending trend line would break. For there, sellers will try to push price-action back down towards $1.89 for a third test.