Bitcoin price action shows continued support against the daily Tenkan-Sen, but repeated resistance against the $48,000 value area. A bullish breakout becomes more likely as BTC inches closer to the $48,000 resistance.

Bitcoin price is currently holding just above the 2022 open of $46,242, keeping Bitcoin positive (barely) for the year. However, constricted price action throughout the weekend should be expected as Bitcoin will likely bounce between the 61.8% Fibonacci retracement at $48,000 and the Tenkan-Sen at $46,000.

Bitcoin price is expected to continue its rally higher despite the drop on Thursday and failed attempts to dive lower on Friday. Historically, April is one of the best-performing months for Bitcoin. Years when the month of April did not yield a positive gain, losses didn't exceed the 3% level. 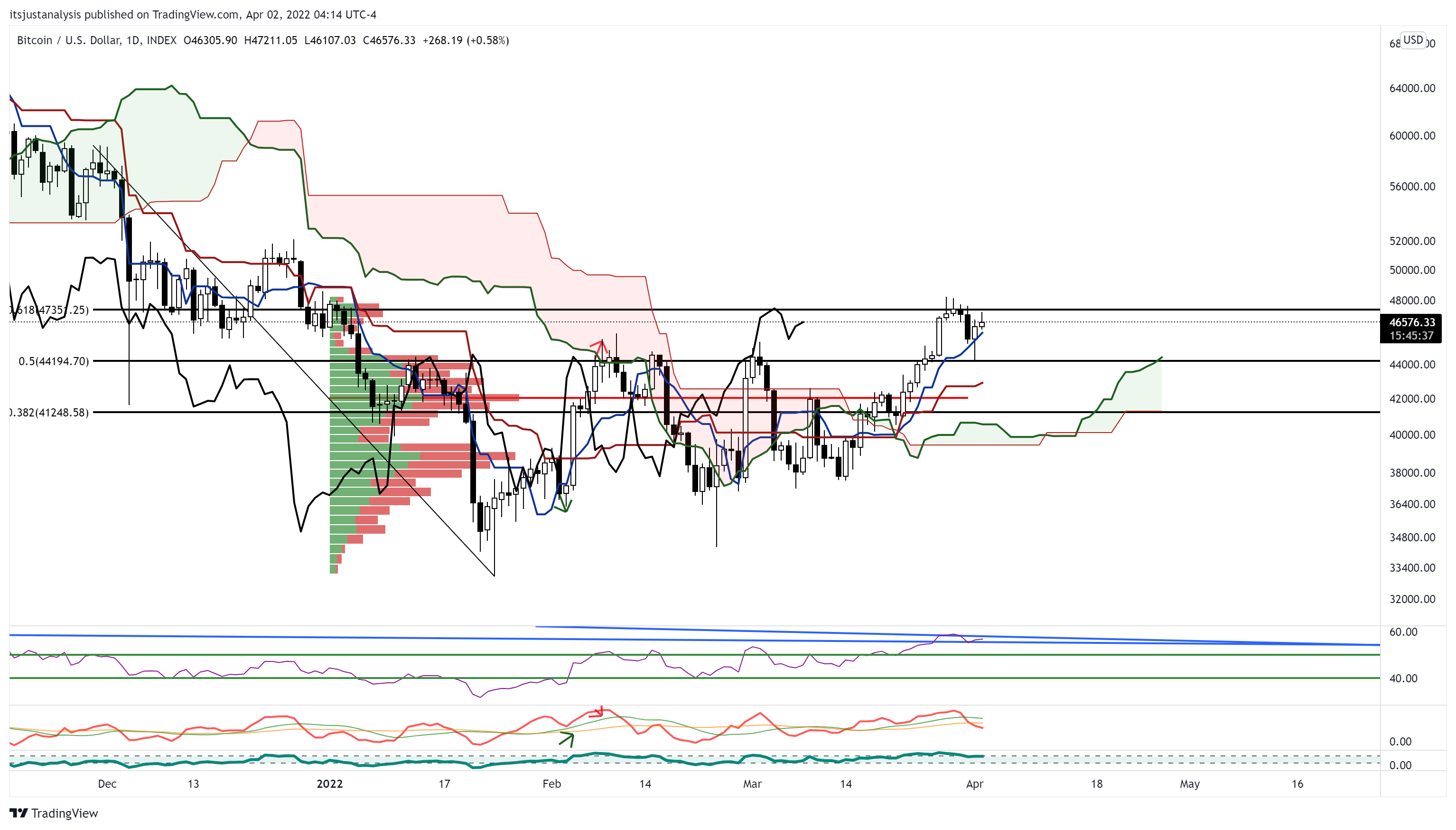 The $48,000 price level remains the strongest area of resistance for Bitcoin to close above. $48,000 contains the top of the weekly Ichimoku Cloud and the 61.8% Fibonacci retracement level. And above that is the weekly Kijun-Sen at $51,250.

Upside potential going into the weekend is likely limited to the $48,000 value area, while downside risks are more substantial. Because Bitcoin price remains inside the Ichimoku Cloud, its primary support level now exists at the bottom of the Cloud (Senkou Span B) at $37,800.