Bitcoin price was consolidating as it trended lower since the September 6 swing high. Interestingly, this downswing resulted in the formation of a bullish pattern that broke out on October 1. The resulting rally pushed BTC through overhead barriers. However, the momentum needs to clear one more level for a continuation of this uptrend.

This setup forecasts a 12% rally to $49,746, obtained by measuring the distance between the first swing high and swing low and adding it to the breakout point at $43,719.

On October 1, Bitcoin price slashed the upper trend line of the falling wedge and sliced through $44,893 and is currently hovering inside the supply zone, ranging from $47,316 to $48,834.

While an ideal local top would be to retest $50,000 and collect liquidity resting above the September 18 swing high at $48,834, Bitcoin price can prematurely reverse from its current position. 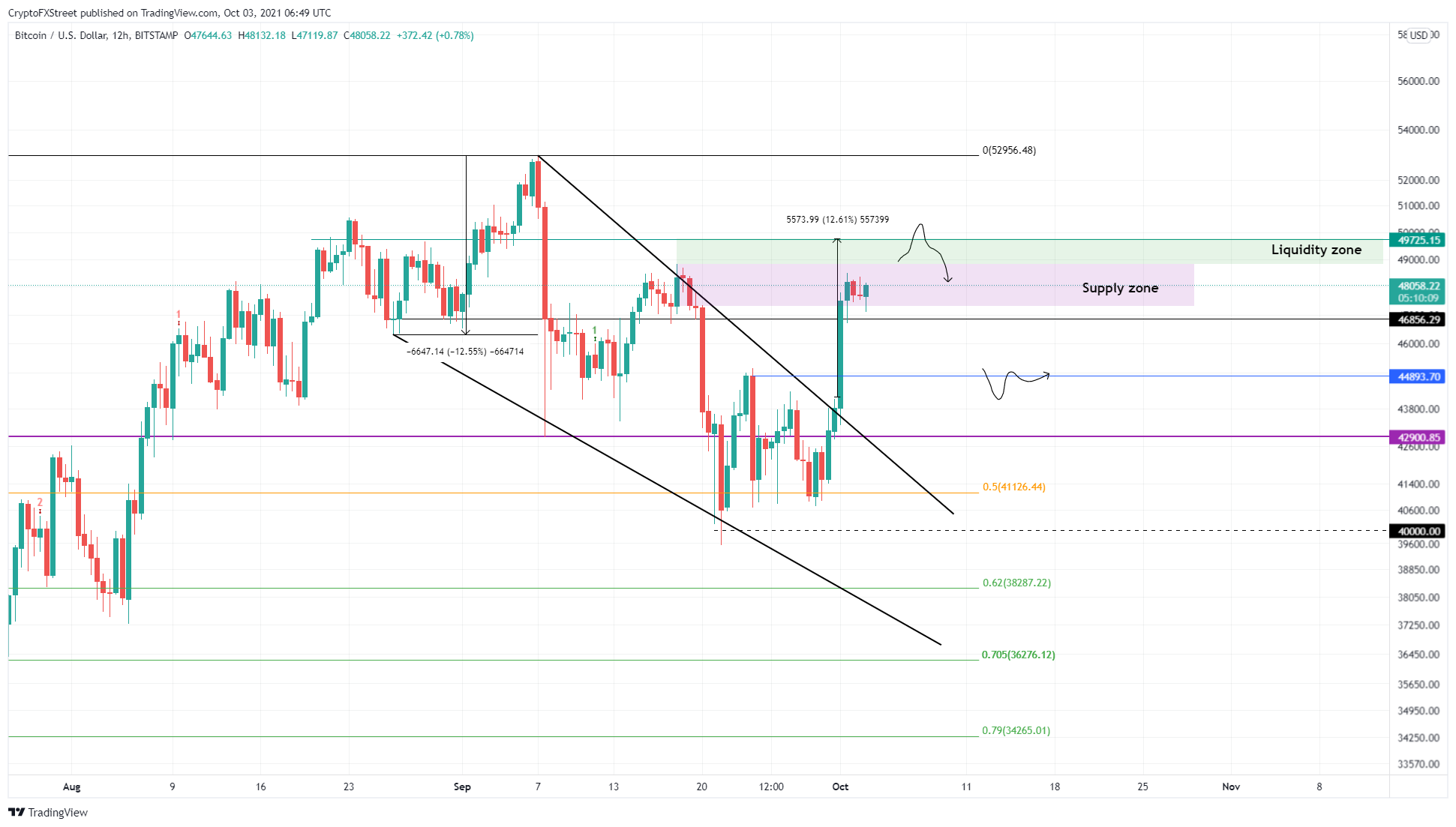 While a pullback to $44,893 seems likely, a failure to hold above will signal buyers’ weakness. In such a case, Bitcoin price could venture lower and retest $42,900.

A decisive 12-hour candlestick close below this demand barrier will undo the gains and potentially invalidate the bullish thesis.

Such a development will knock BTC down to the 50% Fibonacci retracement level at $41,126.