The world’s oldest decentralized cryptocurrency network, Bitcoin has already surpassed PayPal in terms of volume processed by dollar value. According to a recent report, the BTC network processed nearly $500 billion per quarter this year.

Since the flagship cryptocurrency’s inception in 2009, the network has grown tremendously, processing billions of dollars in transactions daily.

The report also suggested that Bitcoin could reach Mastercard and Visa-level volumes based on three factors, including the number of transactions rising, the average amount of BTC sent per transaction rises and the surge in the price of the leading cryptocurrency.

Blockdata noted that if Bitcoin were to increase its value transferred per transaction by roughly 260%, the network would be processing an equivalent volume to Mastercard. To reach Visa’s volume level, the average transaction value would need to increase by 540%.

Given the current growth rate in 2021, Blockdata suggested that the Bitcoin network could surpass Mastercard’s volumes as early as 2026.

Bitcoin price has attempted to kickstart recovery after dropping to lows under $56,000. While continuing to trend within an ascending parallel channel on the daily chart, BTC will likely confront its first obstacle at the 50-day Simple Moving Average (SMA) at $60,601.

The governing technical pattern suggests that since Bitcoin price was able to hold above the channel’s lower boundary, the bulls could be eyeing the next target at the topside trend line at above $80,000. However, additional resistances may appear before BTC is able to reach the optimistic target.

The following hurdle for Bitcoin price is at the 21-day SMA at $61,432. Additional headwind may emerge at the 78.6% Fibonacci retracement level at $63,062, then at the middle boundary of the prevailing chart pattern at $66,365, coinciding with the resistance line given by the Momentum Reversal Indicator (MRI). 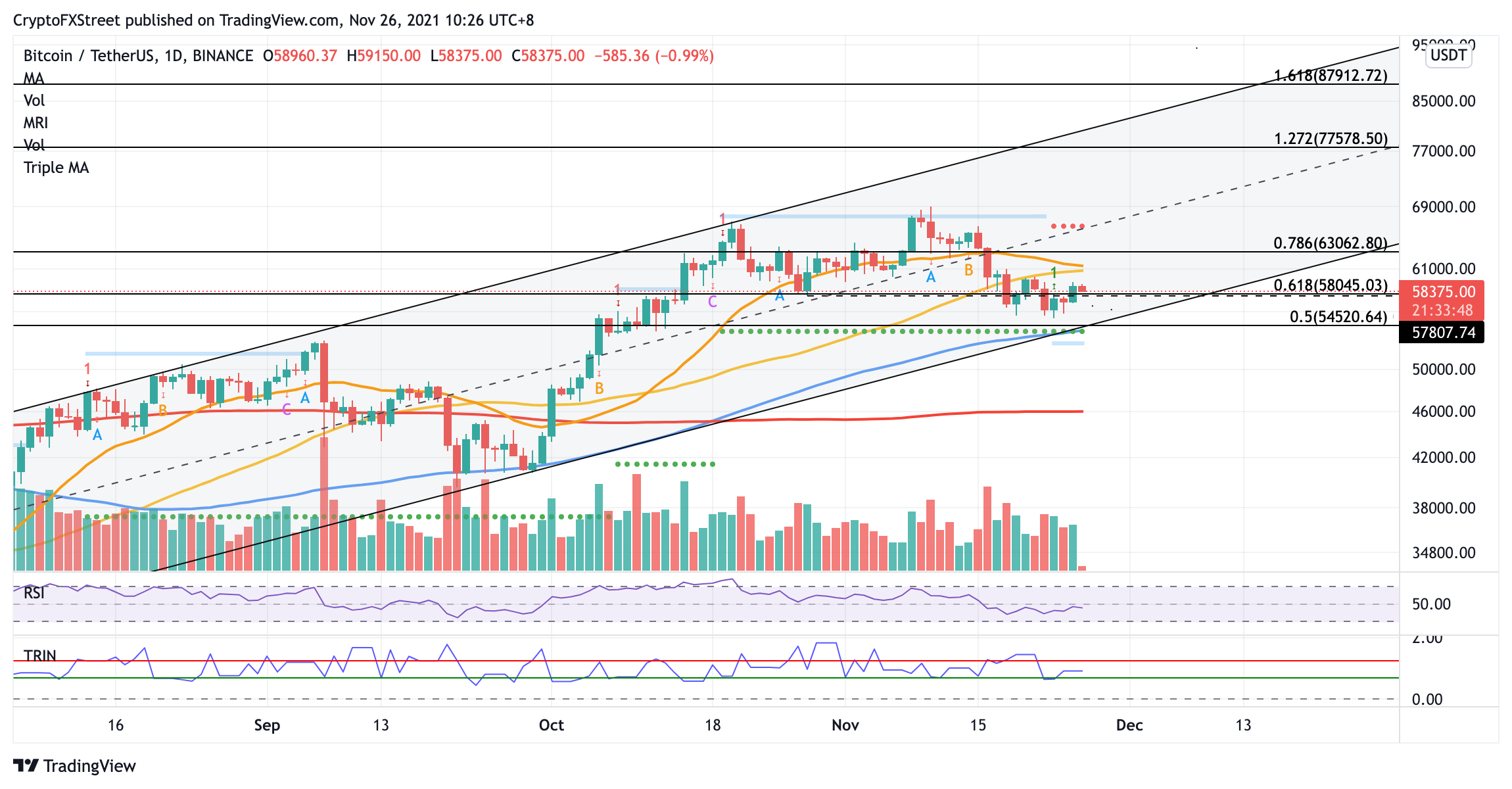