Although the cryptocurrency ecosystem is currently characterized by unnecessary factions, as different projects claim superiority over another, statistics present a strong argument that there is room big enough for all of them to thrive.

Bitcoin is barely more than a decade old, yet it has birthed an entire industry that has metamorphosed tremendously in this time. Data from traditional finance suggests that regardless of this growth spurt, with a market capitalization of $534.3 billion, it is still a tiny droplet in the ocean.

As of August this year, the size of global government bonds consisting of the Sovereign, Supranational and Agency (SSA) stood at $40.9 trillion while corporate surpassed $87.4 trillion. Together, the total amount of the outstanding global bond markets is roughly $128.3 trillion.

If Bitcoin maintains its position as the immaculate store of value, its $332.2 billion market capitalization is just a meager 0.00026% of the current bond worth. 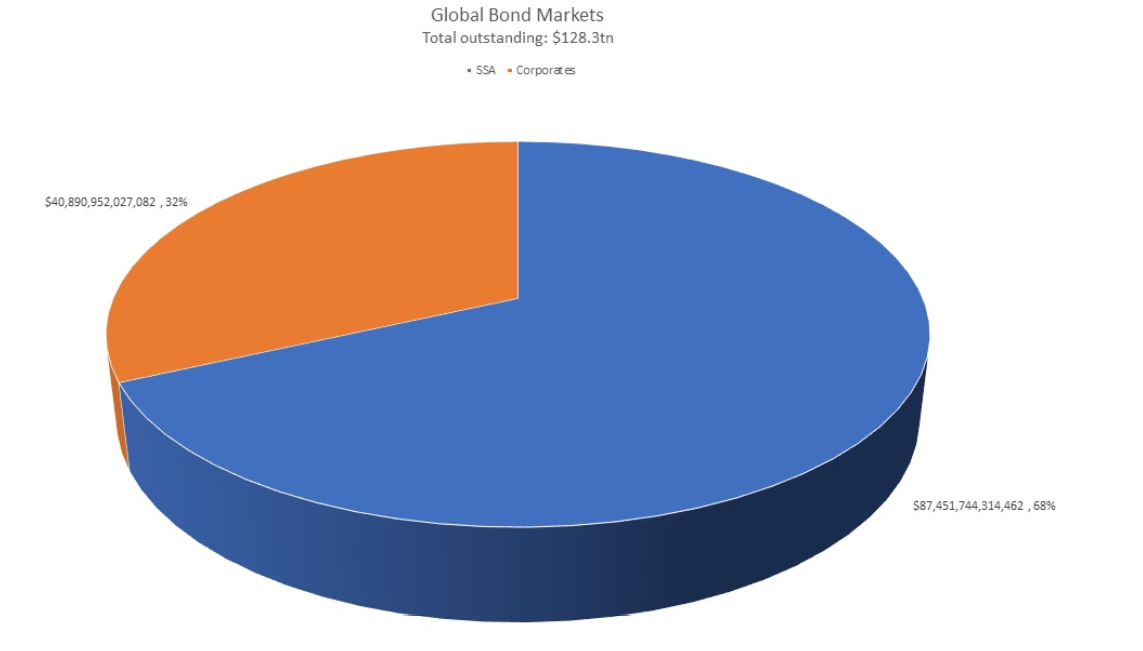 Another huge market that will likely flow into Ethereum is the global custody system. Indeed, the smart contracts giant already provides an ecosystem for decentralized finance (DeFi) to thrive against traditional custodians.

The overall total locked value (TLV) in lending and borrowing tokens — often referred to as money market protocols — is becoming an increasingly important sub-sector in the DeFi space.

Since users can earn a higher return than in the traditional financial system by lending their cryptocurrencies, platforms such as Maker, Compound, and Aave have seen exponential growth in TLV of more than 1,200% since the beginning of the year. Meanwhile, the total number of DeFi users has surpassed 1 million after kicking off the year with only 100,000 addresses. Based on this data, the DeFi space is growing by a factor of ten, which can be attributed to this summer's yield farming boom.

Given the spike in demand for such financial services, the Ethereum network could absorb a considerable portion from the $66.1 billion which the global custody system is estimated to be worth. In 2019, North America dominated this sector while Asia-Pacific was deemed as the country with the fastest growth rate potential in the same year.

The foreign exchange market is another space yet to be fully tapped, not only by Bitcoin and Ethereum as cross-border remittances tokens like XRP fall into the category of cryptocurrencies that can thrive in this space.

In 2019, the average daily forex turnover was approximated $6.6 trillion with an overall net worth of over $2.4 quadrillion. 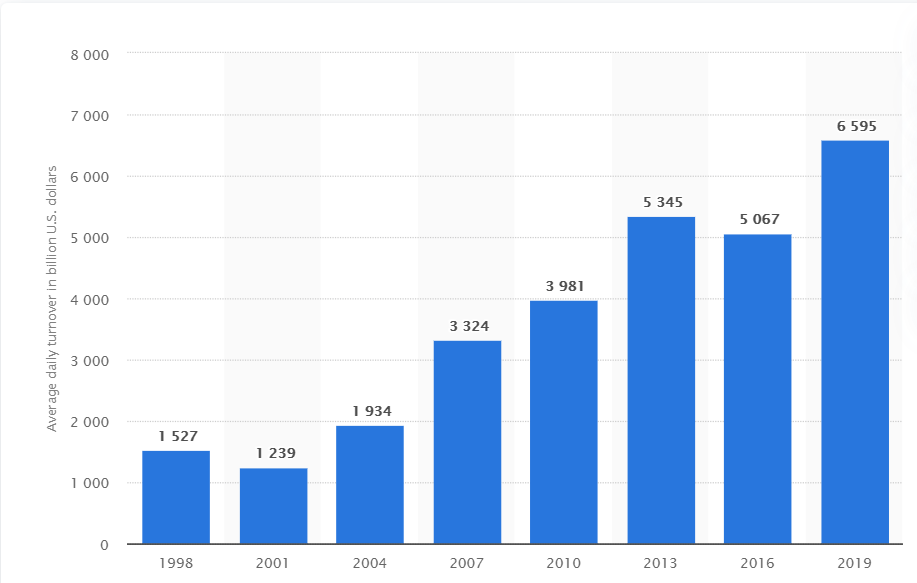 Some investors might make the case that many cryptocurrency projects have failed throughout the years, and there is no specific network that cannot be replicated by the global financial system. However, it is evident that institutional investors are recognizing trustless and censorship-resistant blockchains like Bitcoin as a hedge against central banks' money printers.