JPMorgan is an American multinational investment bank that used to have very negative views of Bitcoin and the cryptocurrency market. However, it seems that in the past year, their stance has changed and they have gone as far as stating that Bitcoin will pose a threat to gold.

The rise of cryptocurrencies in the financial sector seems to be great enough for institutional players to notice. JPMorgan Chase & Co has recently stated that gold will be suffering because of Bitcoin as money is being shifted towards the digital asset.

After several significant investments by Square Inc and other companies like Stone Ridge, MicroStrategy seems to be the latest one to join the bandwagon offering $550 million in convertible notes with net proceeds to buy Bitcoin.

In a press release on Wednesday, the company announced that the notes will be unsecured senior obligations of MicroStrategy and will have an interest rate of 0.75% per annum.

The notes are being offered and sold to qualified institutional buyers pursuant to Rule 144A under the Securities Act. The offer and sale of the notes and the shares of MicroStrategy’s class A common stock issuable upon conversion of the notes, if any, have not been and will not be registered under the Securities Act or the securities laws of any other jurisdiction, and the notes and any such shares may not be offered or sold in the United States absent registration or an applicable exemption from such registration requirements. The offering of the notes is being made only by means of a private offering memorandum.

In a World Gone Digital, #Bitcoin May Surpass #Gold -- The past year has been a stepping stone for Bitcoin into the mainstream of investment portfolios and for the digital evolution of money, which should keep the benchmark crypto on an upward price trajectory in 2021. pic.twitter.com/7kmAecbrdR

Mike McGlone, a Senior Commodity Strategist for Bloomberg Intelligence also believes Bitcoin could be on its way to surpass Gold if the world shifts digitally.

Bitcoin price could be rebounding into a new all-time high

Despite the most recent sell-off, Bitcoin seems to have rebounded quite well and has formed a bullish candlestick on the daily chart after defending a critical support level in the form of the 26-EMA which has held since October 9. 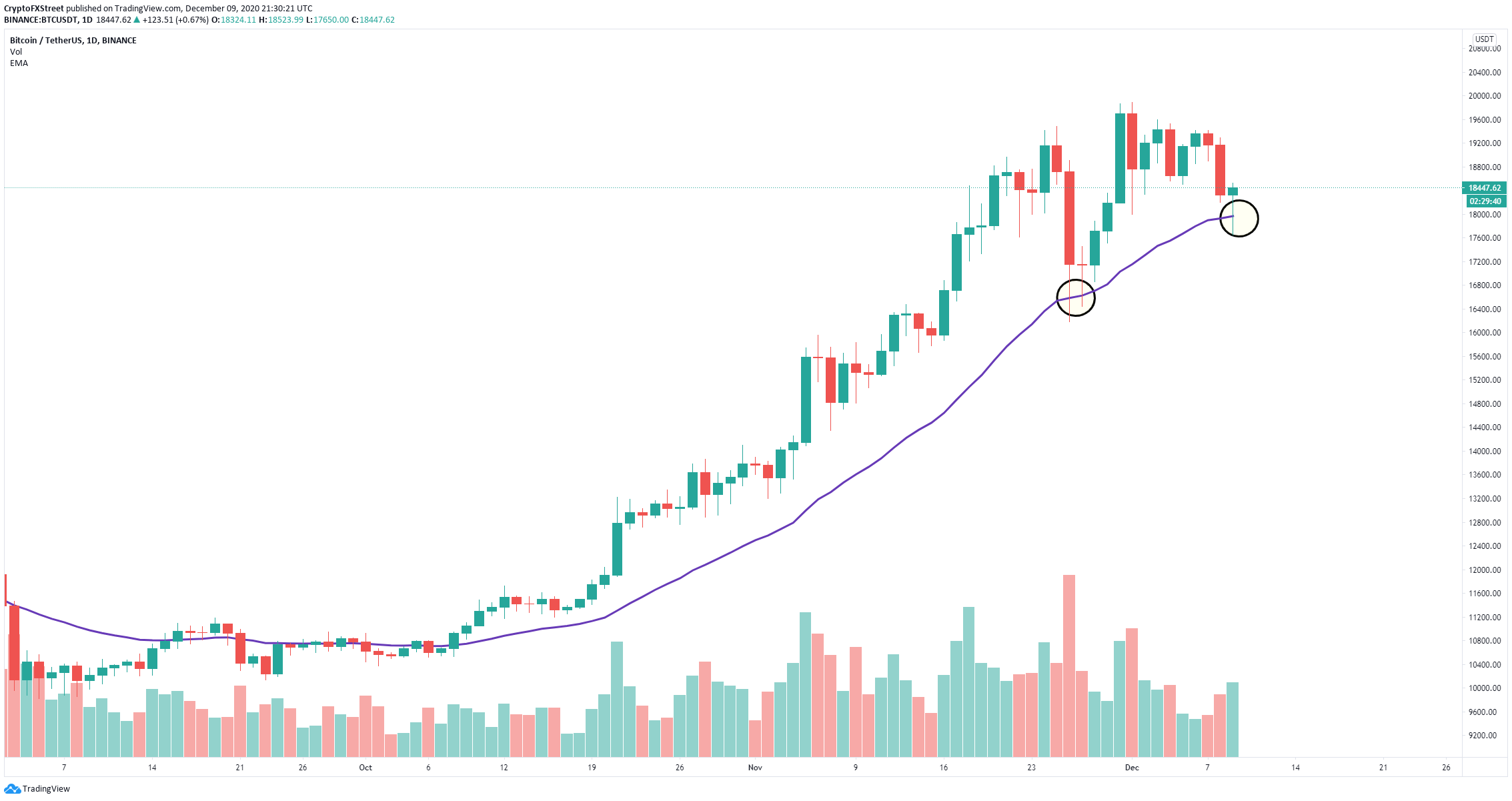 On top of that, it seems that Bitcoin’s inflow mean on all exchanges has hit its highest point since March when the price hit the year low. According to the CEO of Cryptoquant, Ki Young Ju, this should be considered bullish in the long-run.

$BTC All Exchanges Inflow Mean(7d MA) hit the eight-month high since March when the price hit the year-low.

Very bullish in the long-run.

Although the announcement by MicroStrategy to buy a significant amount of Bitcoin has increased its buying pressure, there are some concerning news out from Mt.Gox which could potentially release around 150,000 Bitcoin into the market.

In our last article, we have discussed the possibility of Bitcoin’s correction not being over and BTC bears targeting $13,000 before resuming the uptrend.