Bitcoin (BTC) has been rising sharply since the beginning of the week. The first digital coin managed to clear the psychological barrier of $9,000 and hit the intraday high of $9,148. At the time of writing, BTC/USD is changing hands at $9,095, moving within a strong upside trend. Bitcoin's average daily trading volume is registered at $30 billion.

Bitcoin price around halving time may show the same momentum as Litecoin during a similar event in August 2019, according to Charlie Lee, the creator of the seventh-largest digital asset. Speaking in a recent interview with a New Zealand-based crypto influencer Lark Davis (aka The Crypto Lark), he noted that Litecoin price had been growing ahead of the halving and reached $144.00 by the time of halving. But once the event was over, the price corrected towards critical $100 and then collapsed to 438. At the time of writing, LTC/USD is changing hands at  $59.5, which is nearly 2.5 times lower from the peak.

People were buying Litecoin as they expected the price increase after the mining rewards reduction. Basically, we followed a classic pattern of "buy the rumor, sell the fact", Lee added. He expects that Bitcoin may follow the same path; however, he also does not exclude other scenarios as we never know for sure how things will pan out.

Meanwhile, cryptocurrency experts have different views on what may happen to Bitcoin around halving time. Thus, Fundtrat's founder Tom Lee and Charles Hwang from Lighting Capital, expect a strong rally following the event, while others, like Jason Williams from Morgan Creek Digital, believe that the halving will be a non-event as it is priced in.

Bitcoin halving is around the corner: How to trade it

A sustainable move above SMA200 daily at $8,900 has improved the technical picture significantly. Now that the price settled above $9,000, the next bullish target of $9,184 (the highest level of 2020) comes into focus. Once it is cleared, upside momentum is likely to gain traction and push the price towards $9,800. This barrier, created by the upper line of the weekly Bollinger Band, separates us from pivotal $10,000.

On the downside, a retreat back below $9,000 will push the price mack inside the recent range with the initial support at $8,600, reinforced by the middle line of the daily Bollinger Band. It is closely followed by $8,450 (50% Fibo retracement). The critical support comes at $8,000 with SMA100 daily and SMA50 weekly located around that area. 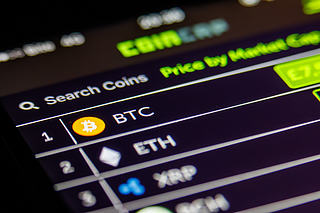