Bitcoin price action shows its weekly Ichimoku chart to be in the most bullish position it has been in since the week of July 31st, 2021. Thus, bulls are positioned perfectly to see Bitcoin rally to $77,000 and beyond.

Bitcoin price is locked and loaded for a monster move higher. On the weekly Ichimoku chart, every single condition necessary for an Ideal Bullish Ichimoku Breakout is present. The current close is above the Cloud, the Tenkan-Sen and the Kijun-Sen. Future Span A is above Future Span B. And, most importantly, the Chikou Span is above the candlesticks and in open space.

While the current technical conditions of Bitcoin are incredibly bullish, buyers should be aware of the growing and expanding gap between the weekly candlesticks and the Tenkan-Sen. The following weekly candlestick will likely see the Tenkan-Sen slope higher, reducing the existing gap somewhat. But the further Bitcoin travels away from the Tenkan-Sen, the more likely a violent mean reversion correction could occur. 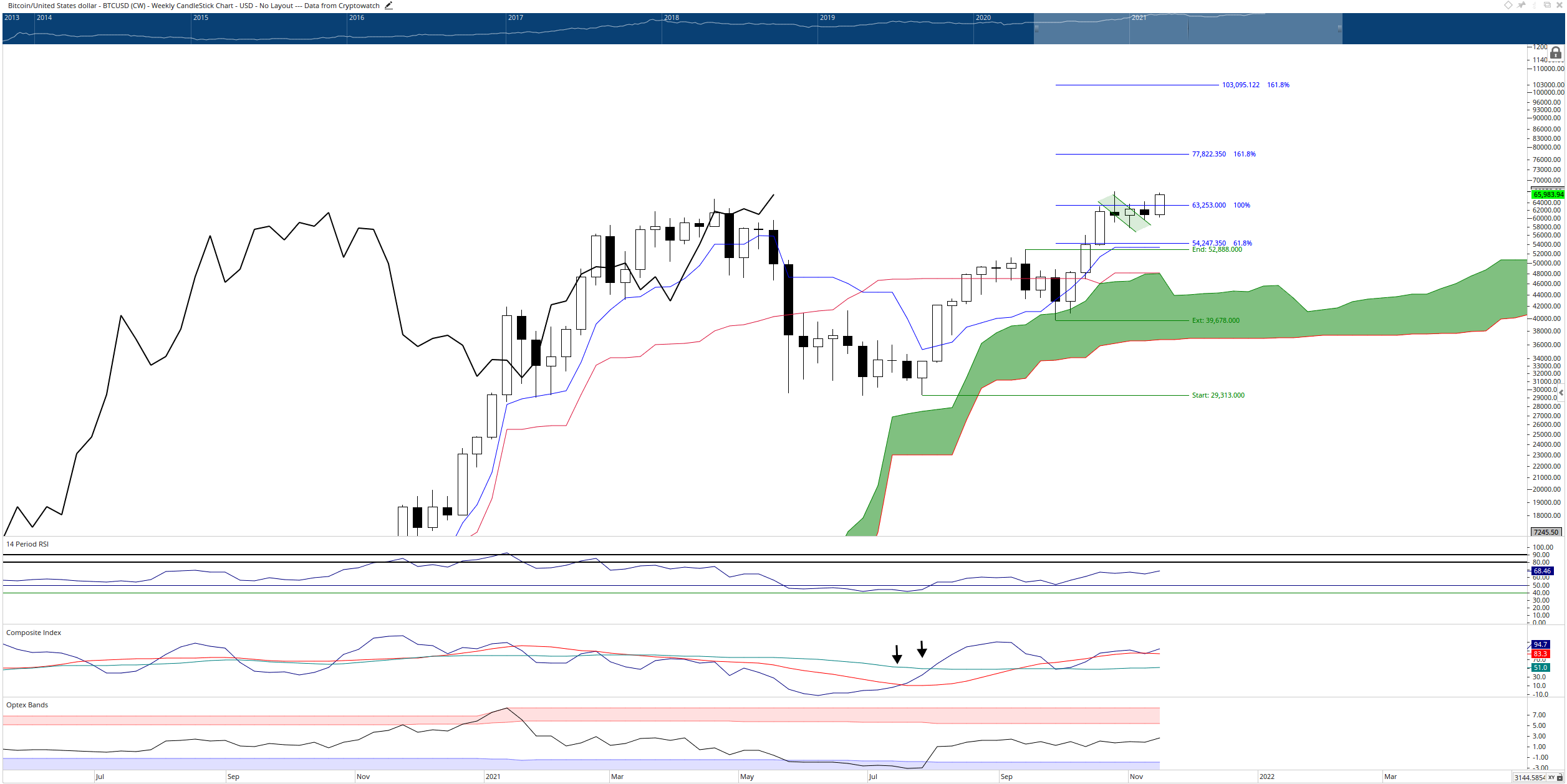 A double-top at $66,000 could act as a source of near-term resistance. The current outlook would be invalidated if sudden and unexpected selling pressure were to push Bitcoin below the Tenkan-Sen at $54,250. Total nullification of any bullish sentiment will be complete if Bitcoin moves below the weekly Cloud at $35,000 – an improbable, but possible event.