Pleasing weekend for most of the main cryptos, with 3% raises corrected in the early European morning. Most of the assets managed to break key resistances, so the support levels are clear.

On Friday, a sudden, high-volume buy operation took Bitcoin's price from $6,950 to $8,100. This kind of disruptive movement in a news-free environment usually takes place when an operator opens an important position in a narrow market. 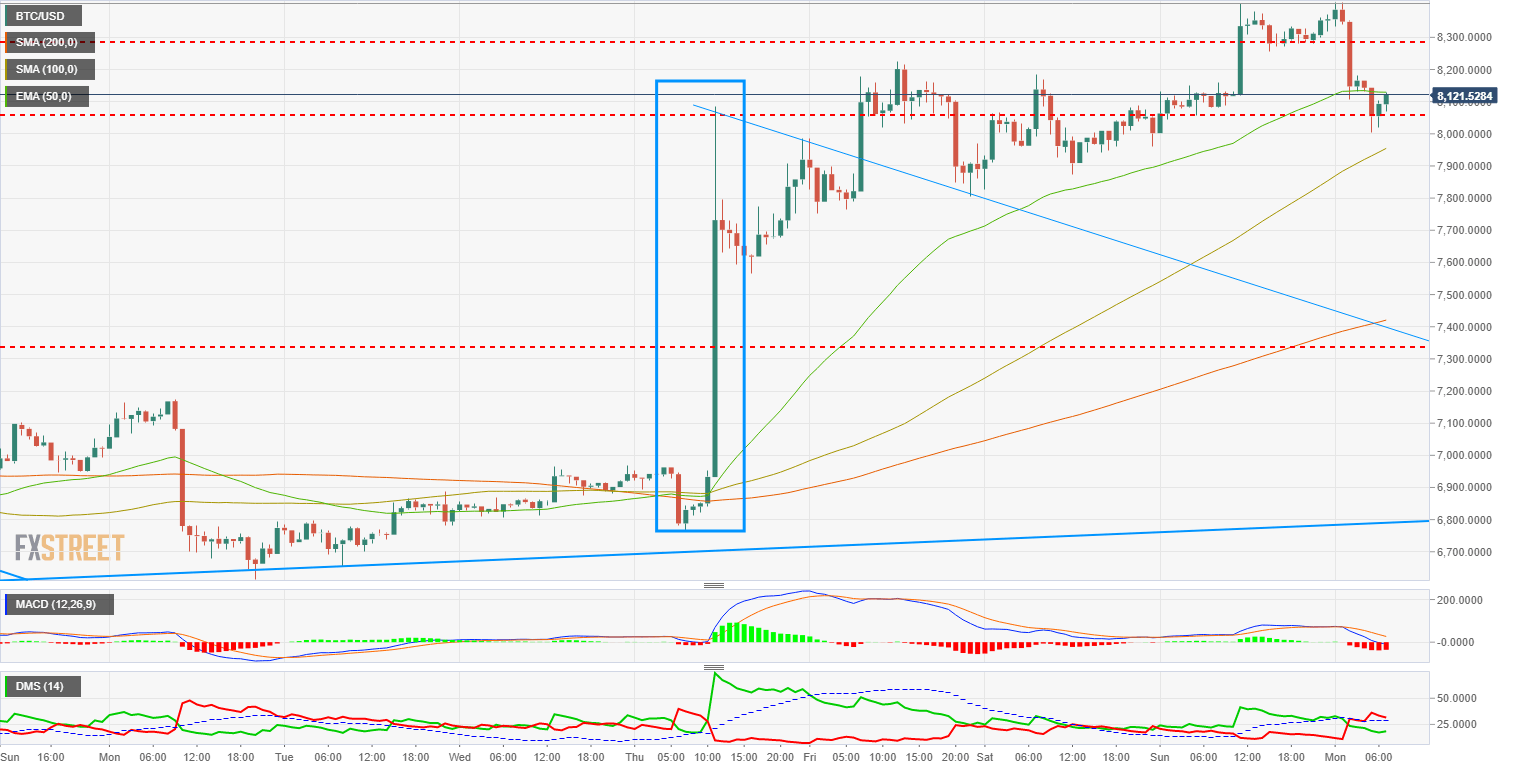 The 60 min MACD lays over the 0, with a significant line openness that predicts some volatility.

The Directional Movement Index confirms the retreat, with sales surpassing purchases, although the latter doesn't decrease too much. The D+ is above the ADX, so the current setting can remain all the session.

Litecoin moves between two key levels acting as support and resistance. It can move freely between $120 and $135, and as long as it stays in this range, it won't provide any evidence of future movements. The 200-SMA is in the resistance zone, while the 100-SMA moves close to the first support. Right now, Litecoin is above the 50-EMA, at $124,50. 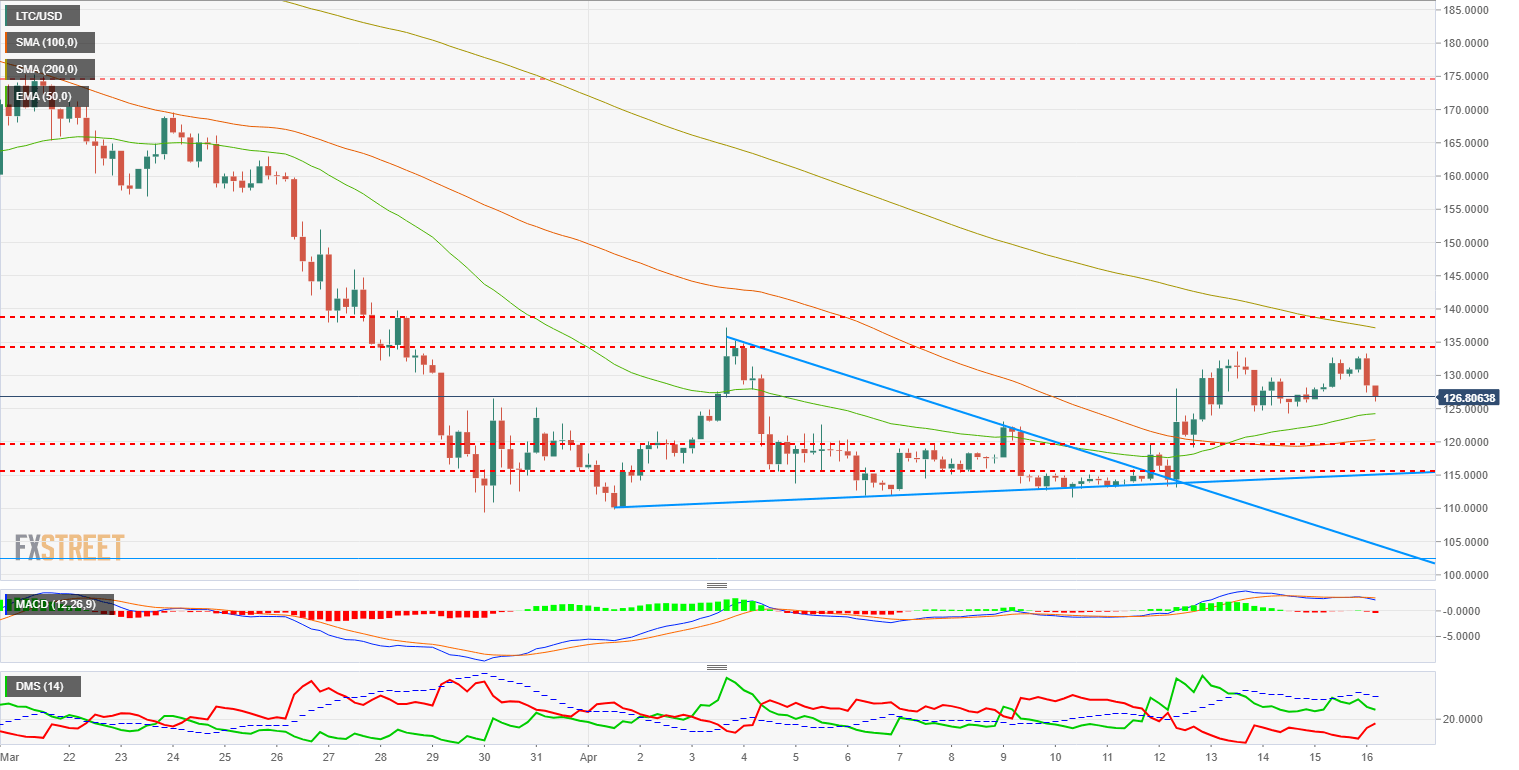 The MACD confirms the consolidation scene, without dismissing bearish walks down to $120. There's still way to go until the 0 line, so the current setting can be prolonged.

The Directional Movement Index shows buyers dominating but having lost some volume since Friday. Sellers have increased and are now closer to the purchasers. The ADX is still in levels of active trend and hasn't decreased. Continuity. 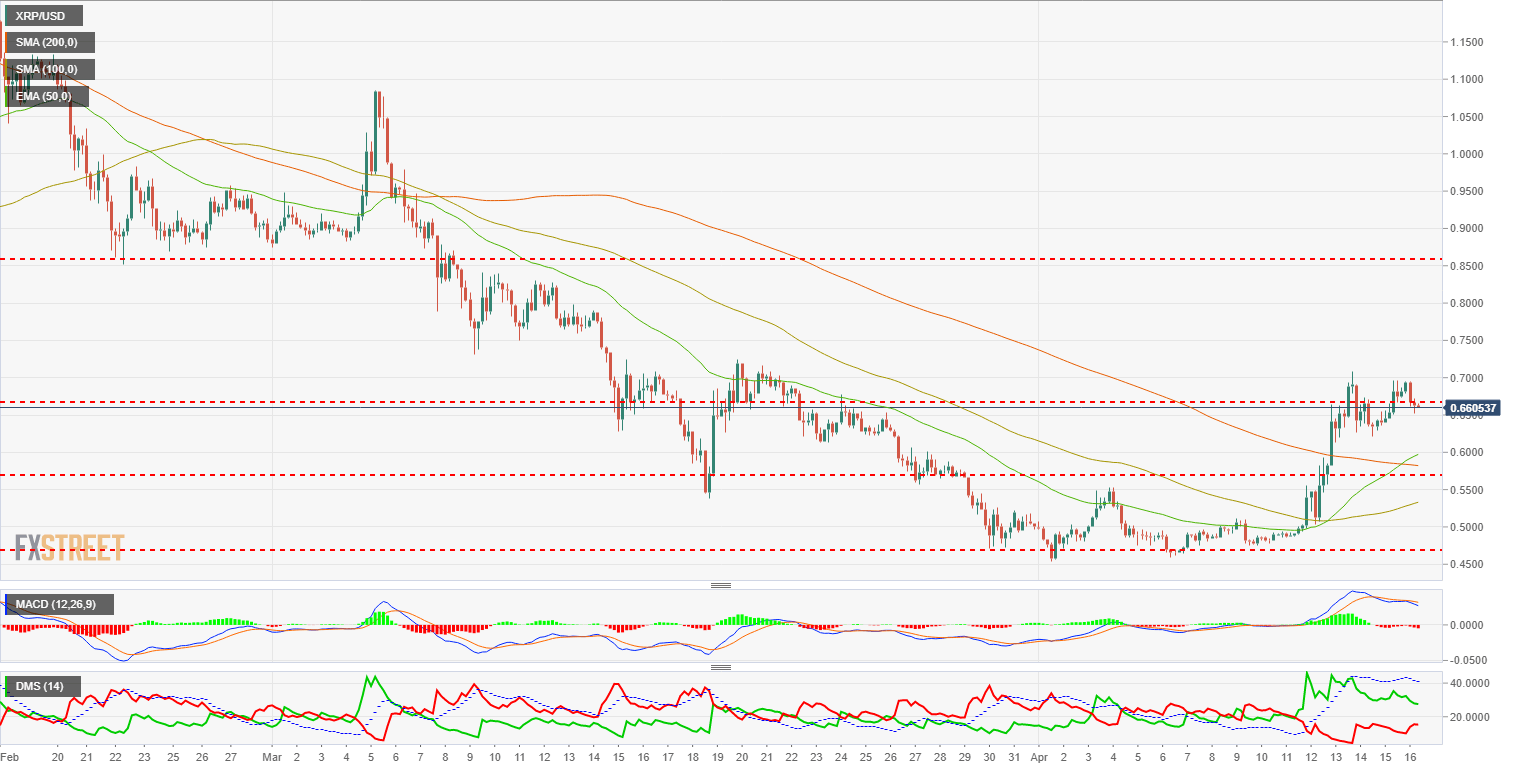 The 240 min MACD shows a profile favorable to retreats in a still bullish setting. Due to the height, the move can provide volatility.

The Directional Movement Index shows buyers still in control, although sellers have increased. The D+ moves below the ADX and hasn't still tested it, favoring the volatility increase due to the apparent contradiction of indicators. 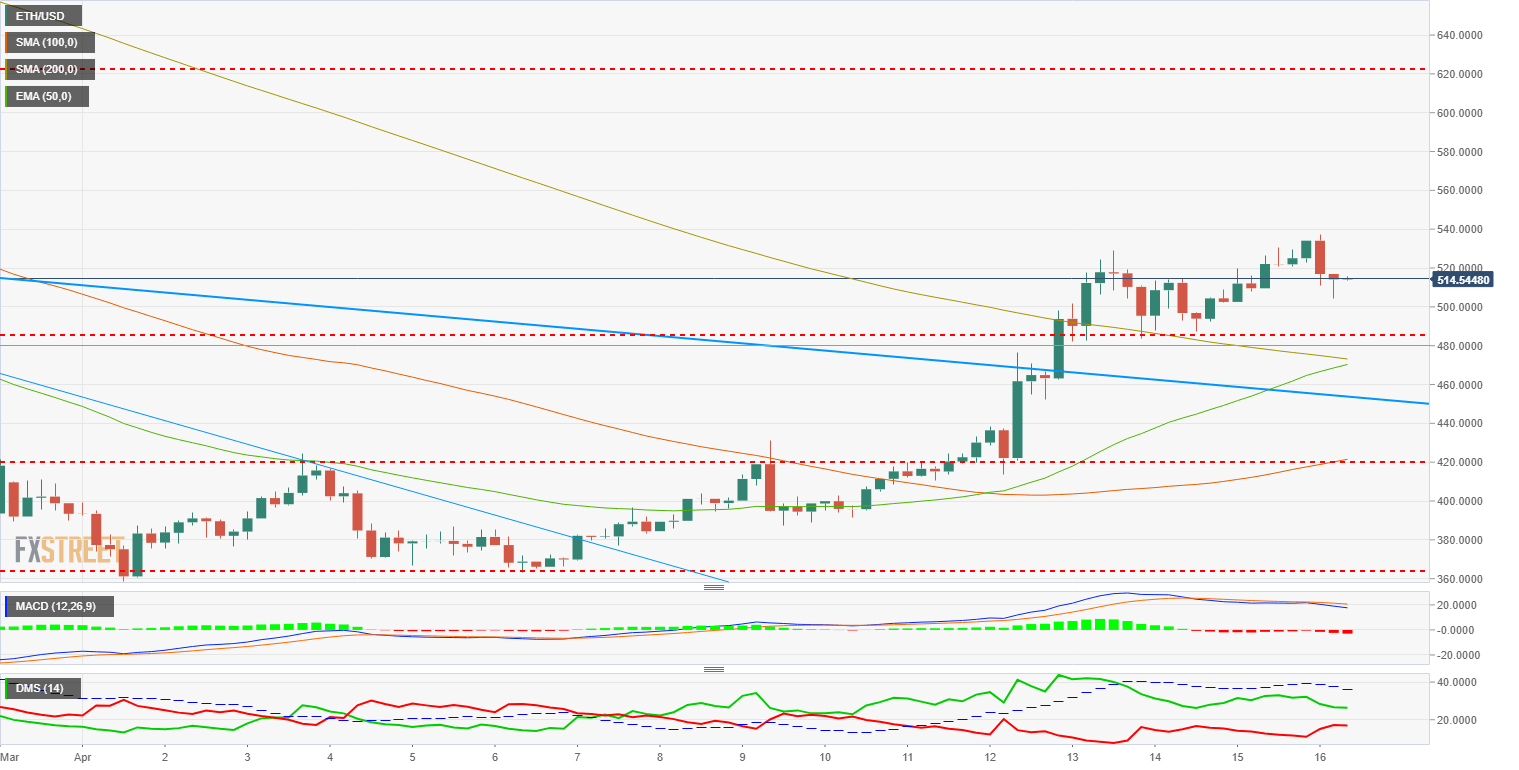 The 240 min MACD is similar to XRP/USD's. It doesn't reject a bearish consolidation trend. It also shows a discrepancy with the second bullish move.