Skip to main content
;
AVAX price opened the week very strong with a new all-time high and after hitting the much sought-after $100 price level. Since hitting those two milestones, however, AVAX has plummeted more than 16% from the new high. Unfortunately for bulls, prices look like they will continue moving south.

AVAX price has consistently found support against the weekly Tenkan-Sen, currently at $76.50. Since first crossing above the weekly Tenkan-Sen in the week of August 13th, 2021, AVAX has never tested the Kijun-Sen. Given the current candlestick pattern developing, there is a real threat that the Tenkan-Sen will fail as a support level.
Market participants are likely looking at the $55 value area as the next primary support level for AVAX. This is because the weekly Kijun-Sen, 50% Fibonacci retracement and a high volume node in the 2021 volume profile all exist within the $55 price range. If AVAX price moves to $55, that would represent a 45% drop from the all-time high. That may sound like a lot, but the move is within the average percentage retracement range for altcoins. 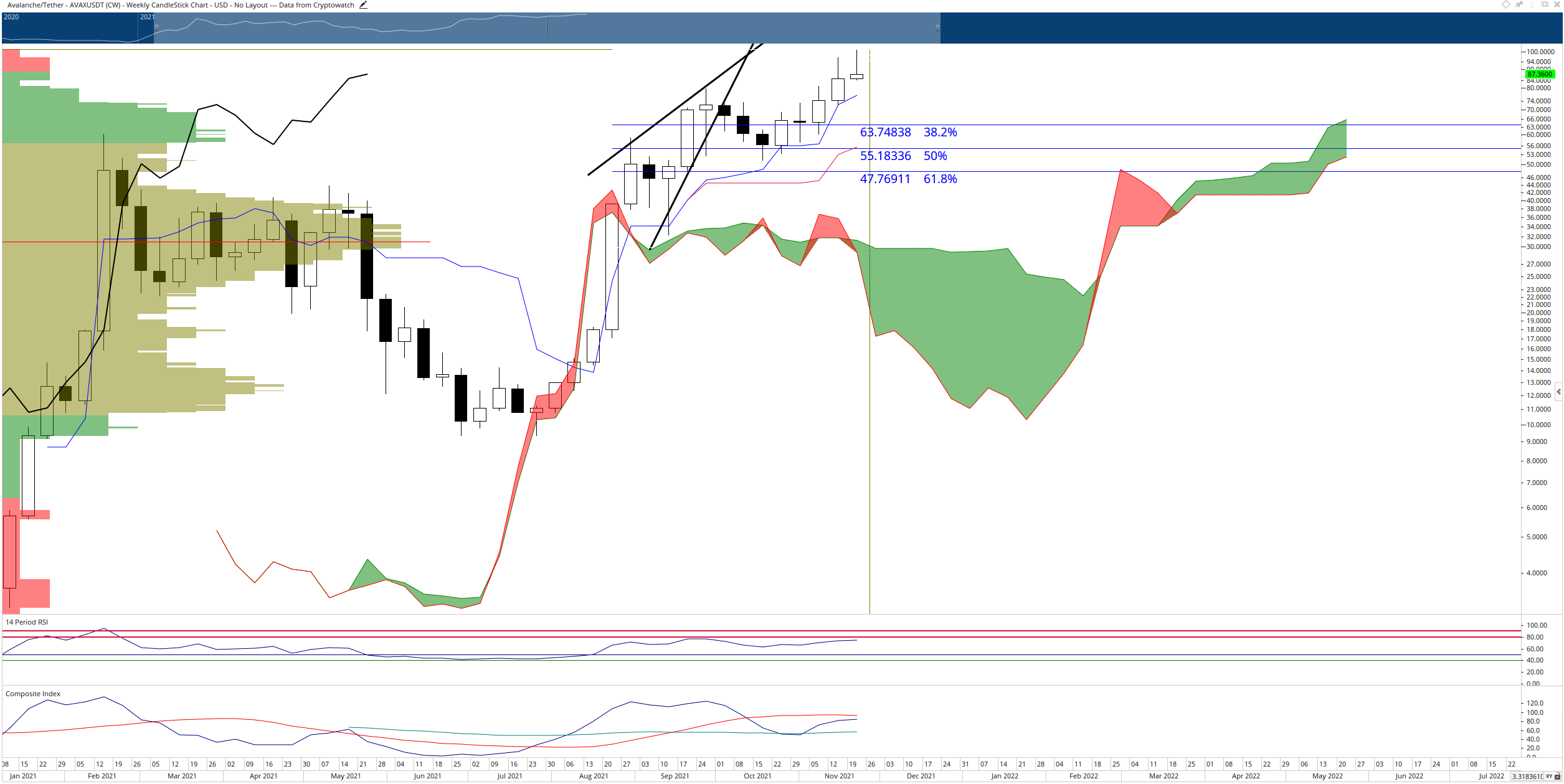 AVAX/USDT Weekly Ichimoku Chart
Bulls and bears will want to monitor how AVAX price responds if it gets closer to the Tenkan-Sen. Any sustained and robust support at the Tenkan-Sen will invalidate any deeper bearish projections. If support holds at the Tenkan-Sen, then AVAX will likely continue its current trend of moving higher.