AVAX price saw a tight consolidation between November 9 and November 12, preceding a massive breakout. This move was followed by a spike in buying pressure that set a new all-time high for Avalanche in the triple-digit territory.

AVAX price hit a dead end at $91.18 on November 8 and consolidated below this level for the next four days. This coiling-up collected enough momentum to shoot Avalanche price by 15% on November 13. This upswing put AVAX price at a new all-time high at $100.11.

However, the altcoin is undergoing a minor retracement and is likely to bounce off the $81.11 to $89.88 demand zone. A daily close above $100.11 will indicate the capability of buyers and suggest the start of an uptrend.

This move would set a record high for AVAX price. 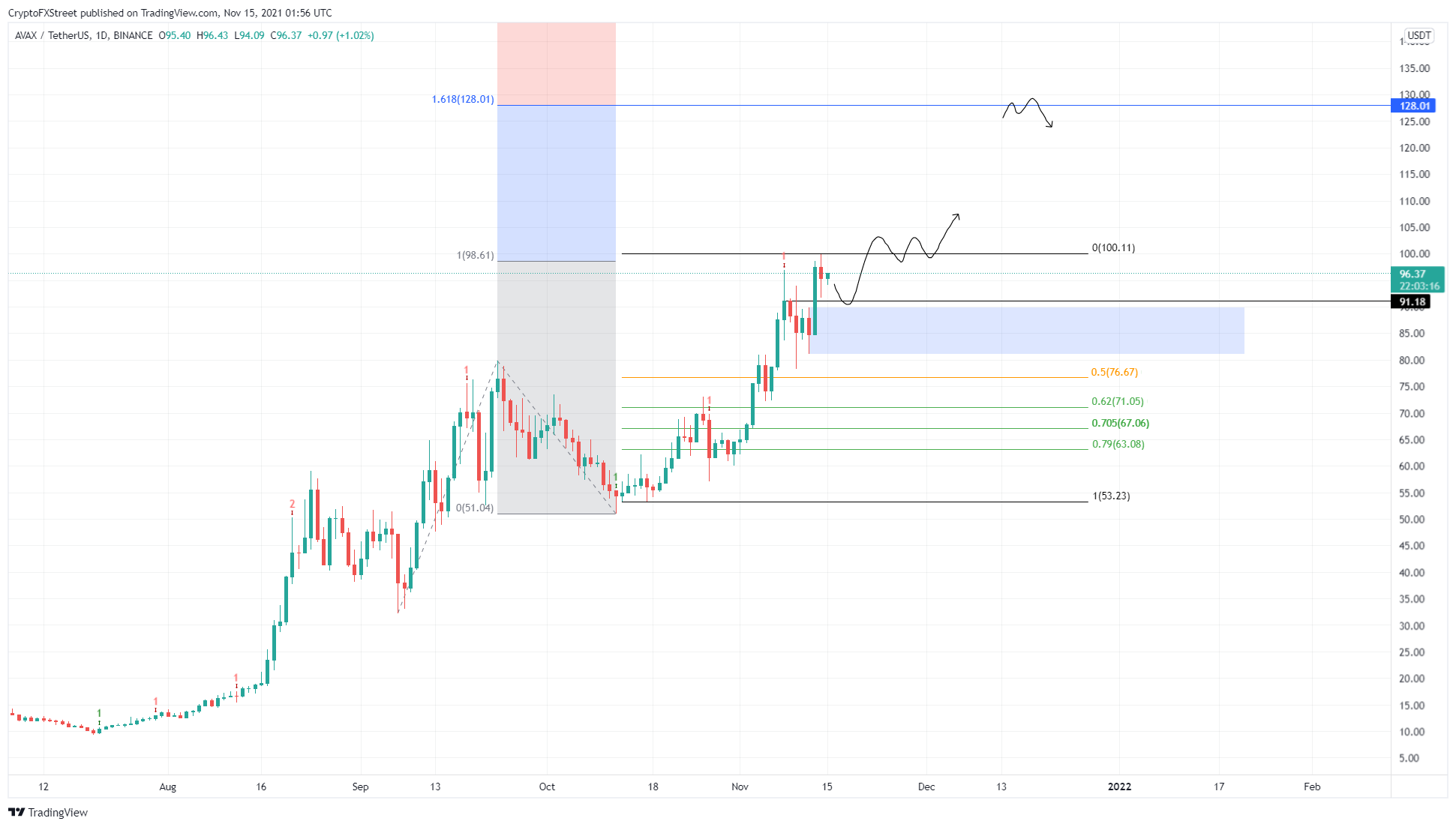 While things are looking up for AVAX price, a breakdown of the $81.11 to $89.88 demand zone will suggest an increased selling pressure. This move will likely suggest that Avalanche is likely to head lower towards the trading range’s midpoint at $76.67, where the buyers can make a comeback.

However, the best place for this trend reversal would be the 70.5% Fibonacci retracement level at $67.06.