BAND has been trading sideways after its massive 10,000% rally seen earlier in 2020. The digital asset is now going through consolidation and bounded inside an inverse head-and-shoulders pattern, which is on the verge of being broken out.

On the daily chart, the most essential resistance point is located at $7.44, which is the neckline of the inverse head-and-shoulders pattern. A breakout above this level can quickly drive Band Protocol price towards $11. 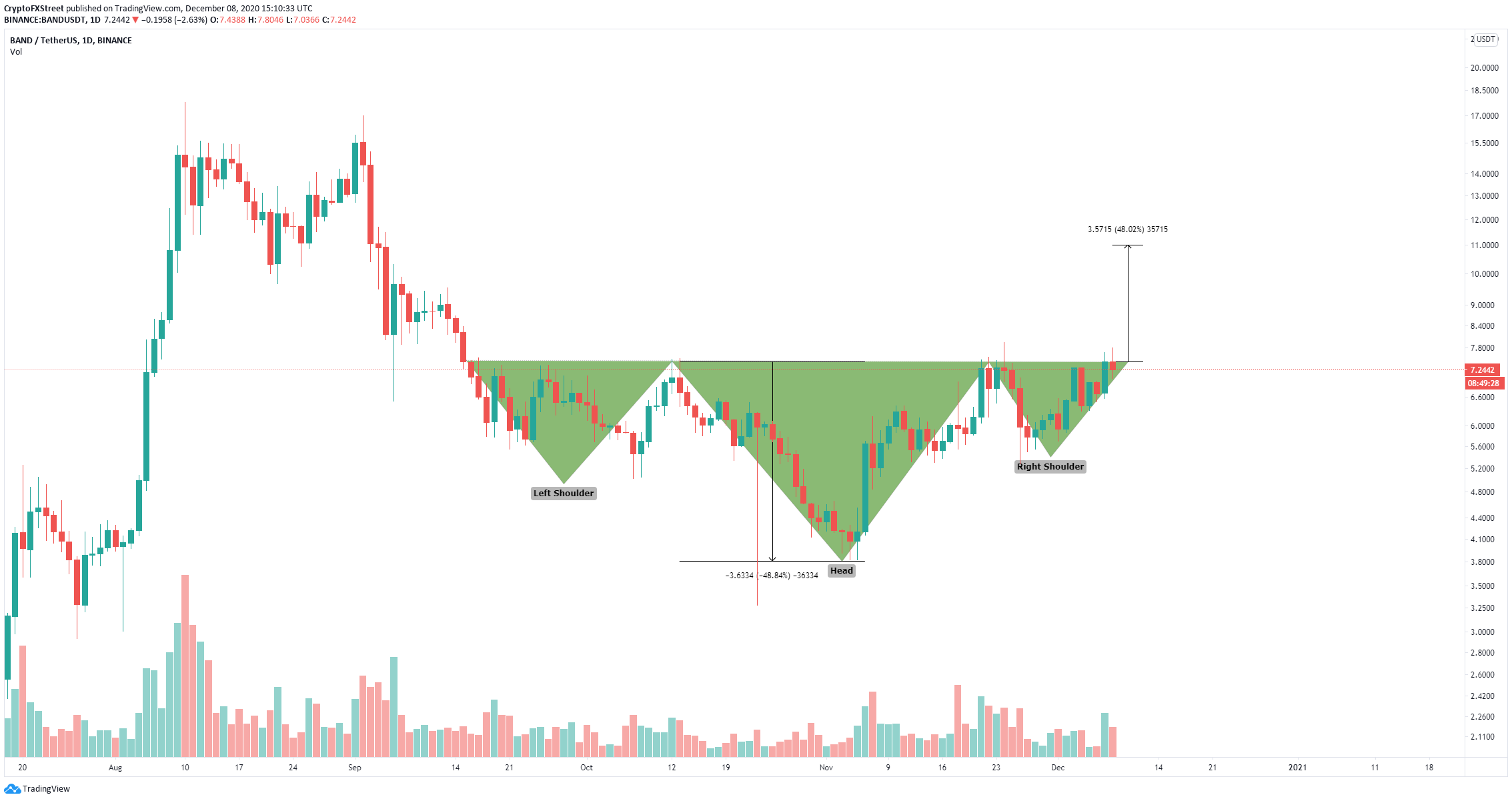 Meanwhile, the In/Out of the Money Around Price (IOMAP) chart shows practically no resistance on the way up but a lot of support below $7.25. This metric clearly gives the bulls better odds of a breakout.

However, it’s important to note that the TD Sequential indicator has just presented a sell signal on the daily chart. The last few bearish calls this indicator offered were all validated and had a significant bearish continuation. 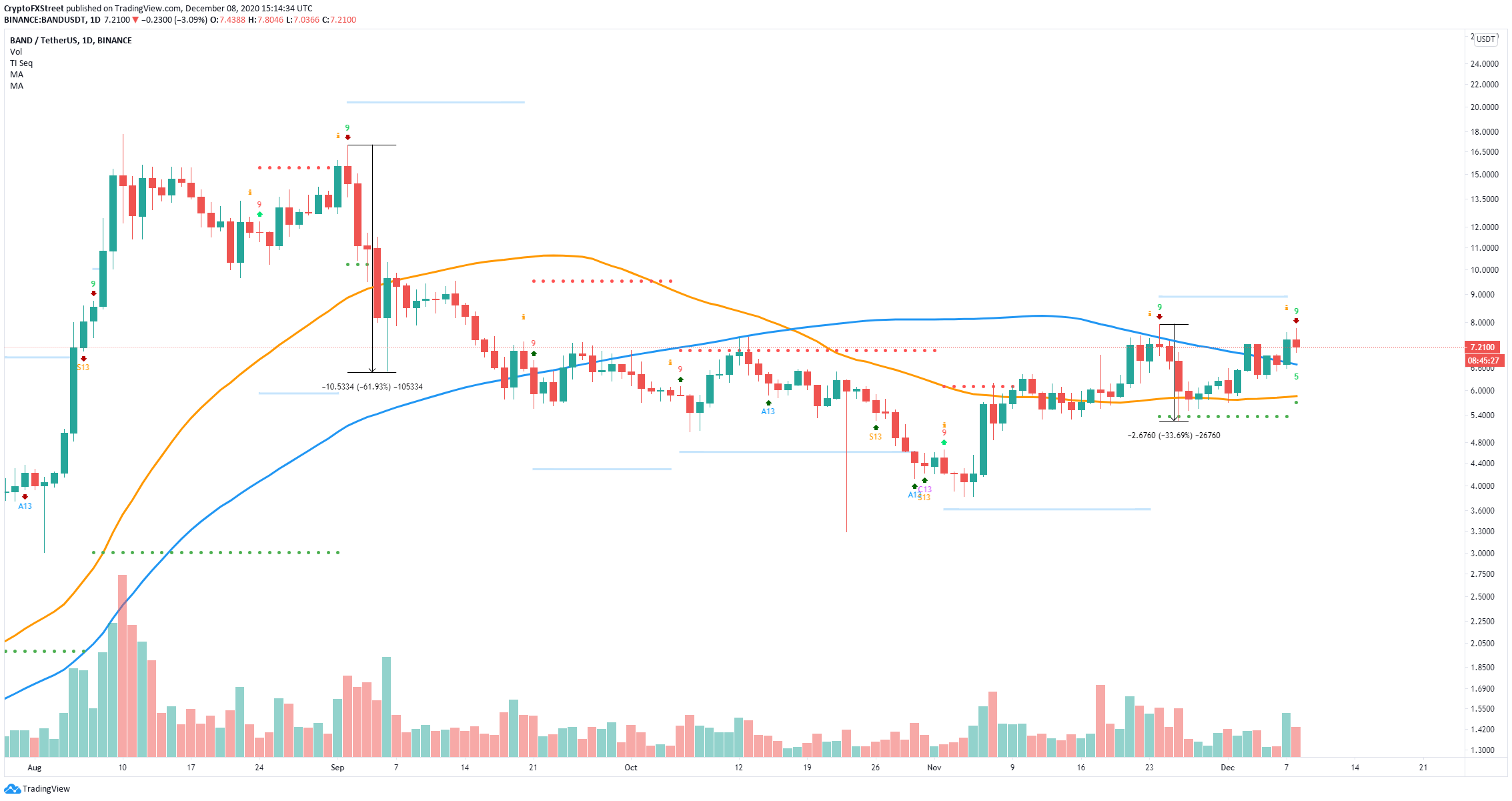 Confirmation of the most recent sell signal could quickly drive Band Protocol price towards the 100-SMA support level at $6.7. If this point fails to hold, BAND could dive to the 50-SMA at $5.84.