Bitcoin price trend remained undecided as the asset sustained above $19,000 through the release of CPI data and US FOMC minutes. Analysts focus on total altcoin market capitalization, to identify a breakout in crypto within the next week.

Bennett expects an explosive break from cryptocurrencies in either direction, by October 19, Wednesday at the earliest. Bennett has accurately timed breakouts in Bitcoin, Ethereum and altcoins in the top thirty in the past. This prediction of a breakout therefore implies either Bitcoin could witness a spike in dominance or lose its key support at $19,000 and witness a decline. 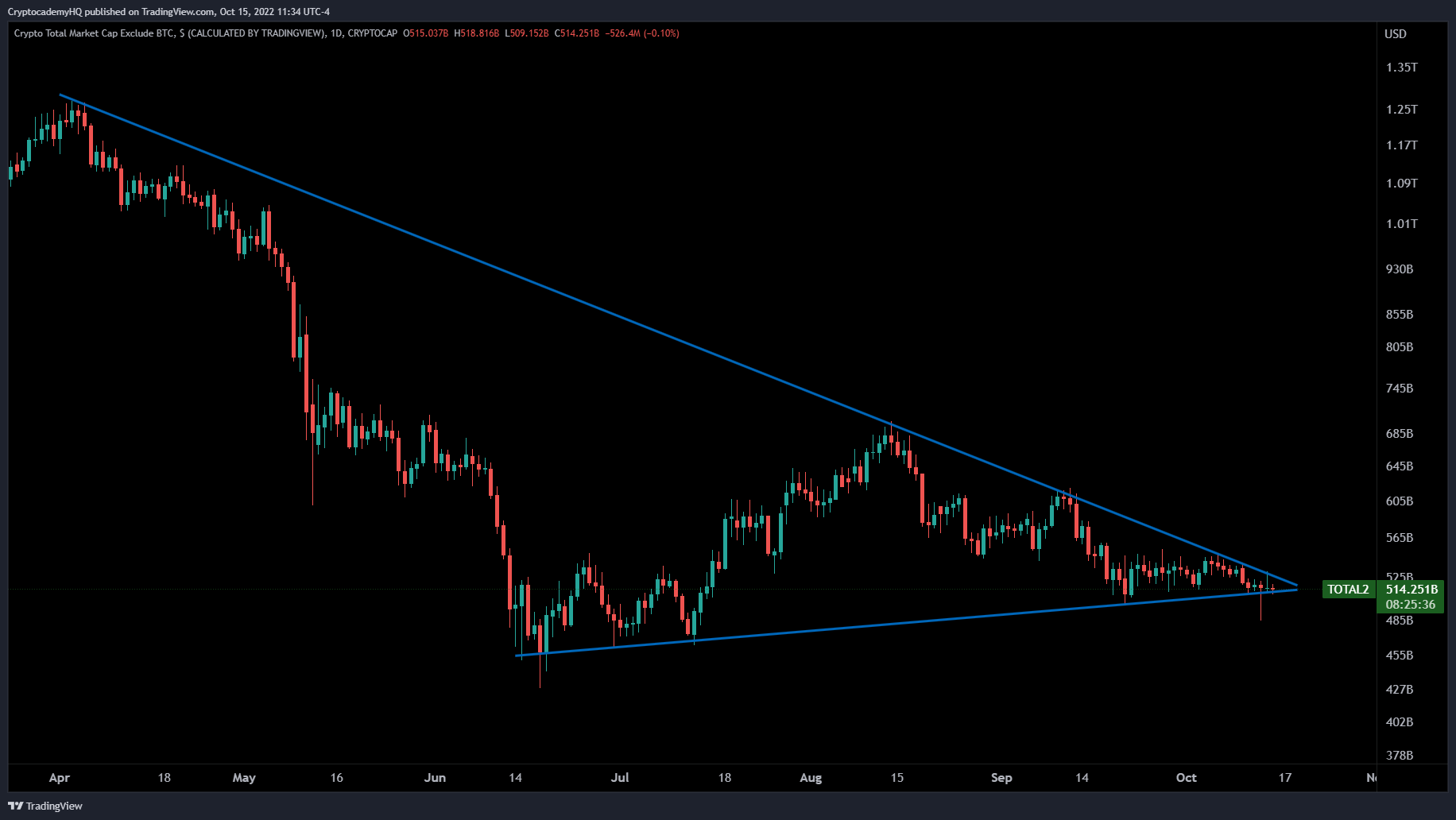 According to Bennett, the quiet period for cryptocurrencies is about to end, and traders need to prepare for volatility in the week ahead. Bennett addressed his setup and recommendation in a recent tweet. The analyst was quoted as saying:

Some of you apparently think I'm far more bullish than I am. I'm not a permabull or permabear. I'm a trader, so I respect the charts. Period. Bitcoin can break higher, lower, or continue to go sideways. There will be opportunities regardless.

TechDev_52, a crypto analyst and trader spotted a 14-18 month BTC corrective wave that continues to develop. The analyst has identified the wave and believes Bitcoin price is ready for a correction in the short-term and reveals a bearish outlook. 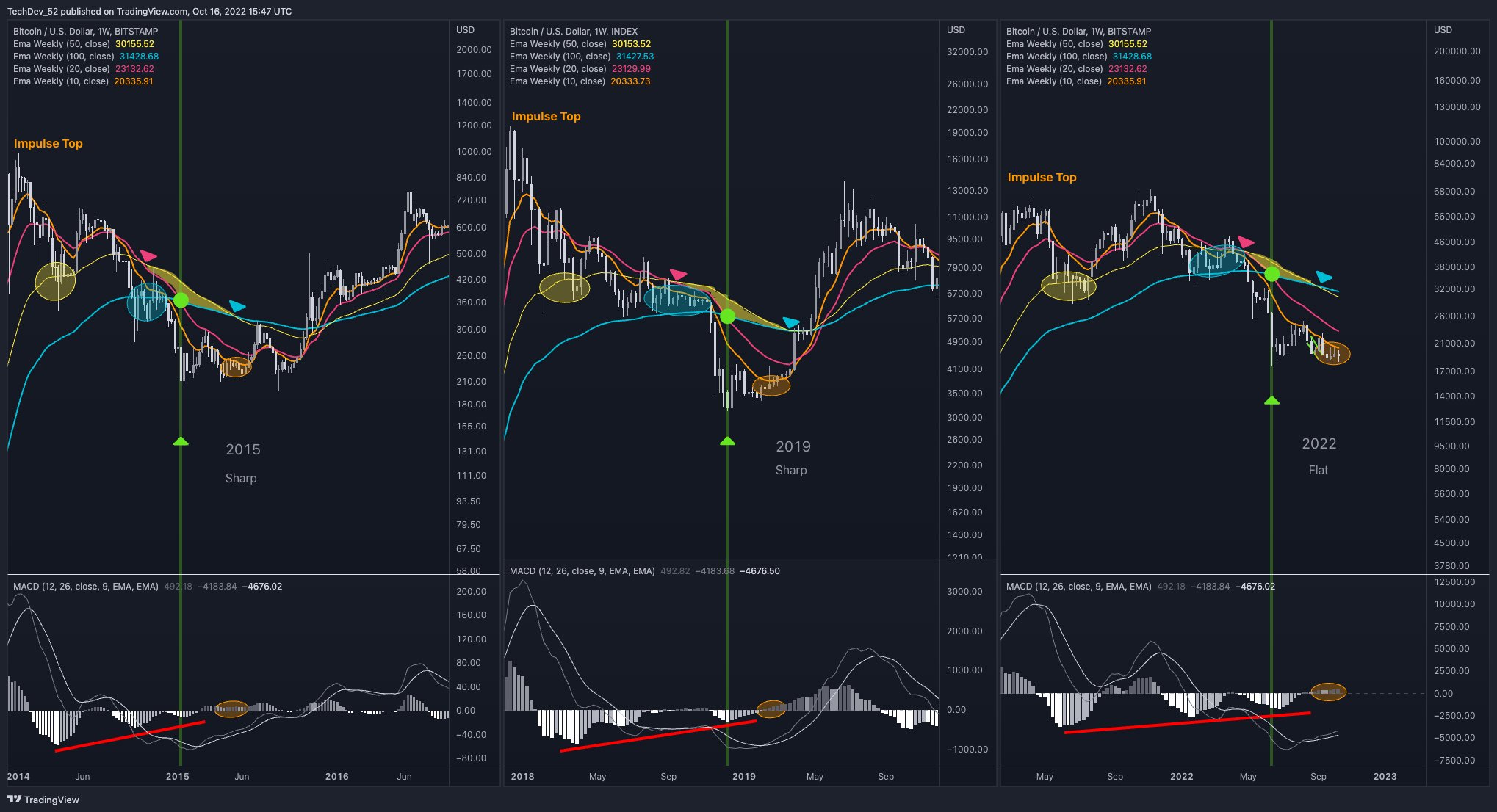