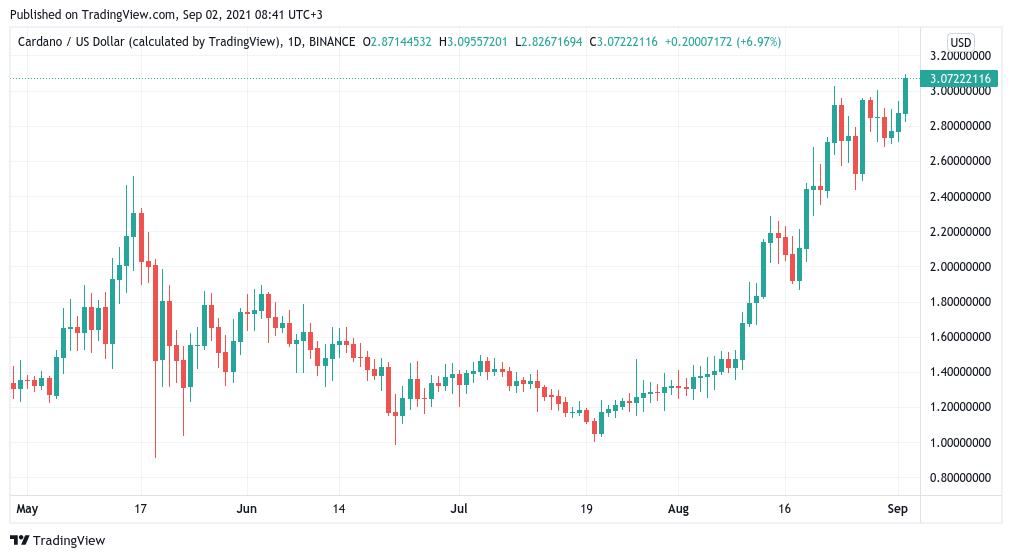 Having shown strength for multiple weeks, Cardano benefited from a broader altcoin resurgence after attempting to hit the $3 mark throughout the second half of August.

The move coincided with the launch of the Cardano Alonzo testnet, ahead of a mainnet debut later this month.

At the time of writing, ADA/USD remained above $3 while taking a break at $3.066 on Binance.

ETH/USD traded at almost $3,800 Thursday, around $600 short of its historic all-time highs seen in mid-May. 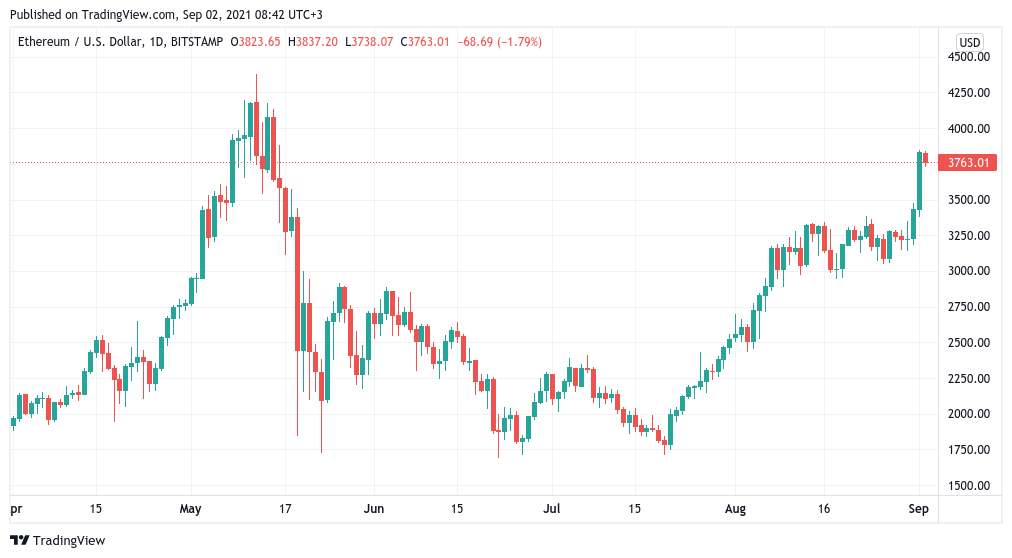 ETH had begun the upwards moves for altcoins, which originally came about as Bitcoin (BTC) cooled around $47,000. As BTC/USD then began to follow suit, a snowball effect appeared to enter the market, with all but three of the top-50 crypto tokens in the green on the day.

“We're entering the second phase of this super bull cycle and I like it. Enjoy it,” Cointelegraph contributing analyst Michaël van de Poppe summarized.

As Cointelegraph reported, the foundations appear to be in place for renewed strength in Bitcoin and altcoins, the former's on-chain metrics and fundamentals firmly bullish.

Shiba Inu price deviates from the mean, hinting at a 25% upswing for SHIB

Shiba Inu price looks ready to move higher as it collects liquidity resting below crucial levels. This move has primed SHIB for an upswing, and the confirmation will arrive after a higher high is set up. A swing low below $0.0000295 will invalidate the bullish thesis

Popular cryptocurrency exchange Bitmart has recently suffered a hack, with an estimated $200 million in losses as a result. The hacker made away with over 20 tokens, including Shiba Inu, Binance Coin, SafeMoon and used decentralized ...