Equities it would appear have returned to the tried and tested theme of 2021, that of buying the dip. This time the dip was just a little more difficult to spot but we got there in the end with a nice double bottom pattern in the S&P (SPY). We fail to share the excitement though and see growing problems on the horizon. Earnings season has certainly kicked off smoothly with banks as expected producing knock out earnings. Really they would have needed to take a good long look at themselves if they couldn't continue to smash earnings estimates in such a benign environment. Not only are yields rising which suits banks' lending portfolios but SPAC, merger activity and debt raising is booming on Wall Street. Added to this, which has been overlooked by many, is the release of reserves by banks that had their reserve requirements increased by the Fed during the pandemic. Now that the worst of that is behind us the Fed has allowed banks to release those reserves and let them flow straight to the bottom line.

Next week we move onto the tech space with earnings from Tesla (TSLA), Intel (INTC), IBM, and Netflix (NFLX) among others. The outlook may be slightly more clouded for tech earnings as banks do not have to contend with supply chain issues and semiconductor chip shortages. None the less we expect multiple earnings beats but commentary and outlook will be the more important components. At the last count, Bloomberg reported over 3,000 mentions of "supply chain" in earnings calls up to Tuesday, October 12, well ahead of last year, which was also a record for the term cropping up in earnings transcripts.

That's surely nearly as bad as the Fed's "inflation is transitory" mentions in 2021 and we all know how that ended. (Not well, in case you missed it inflation is at multi-decade highs). But this has been a year like no other. Well, they all are like no other, that's why we call it a new year. But you get the idea!

Is it time to buy China tech?

We saw some signs of life this week from the once favoured Chinese tech sector. Alibaba (BABA) popped before it again dropped and some car makers looked to break out. Chinese tech remains a very unforgiving space but if risk is truly back on and we have seen a dip then maybe it is time to dip back in! Speaking of being seen, Jack Ma of Alibaba has been seen out meeting business associatess in Hong Kong this week, if that helps your decision-making process. Our favourite indicator (thanks to the market ear for bringing it to our attention) the KWEB (China Internet EFT) is still looking miserable but it has perhaps put in a bottom. KWEB is now above the 9 and 21-day moving averages and has broken the long term trend lines. 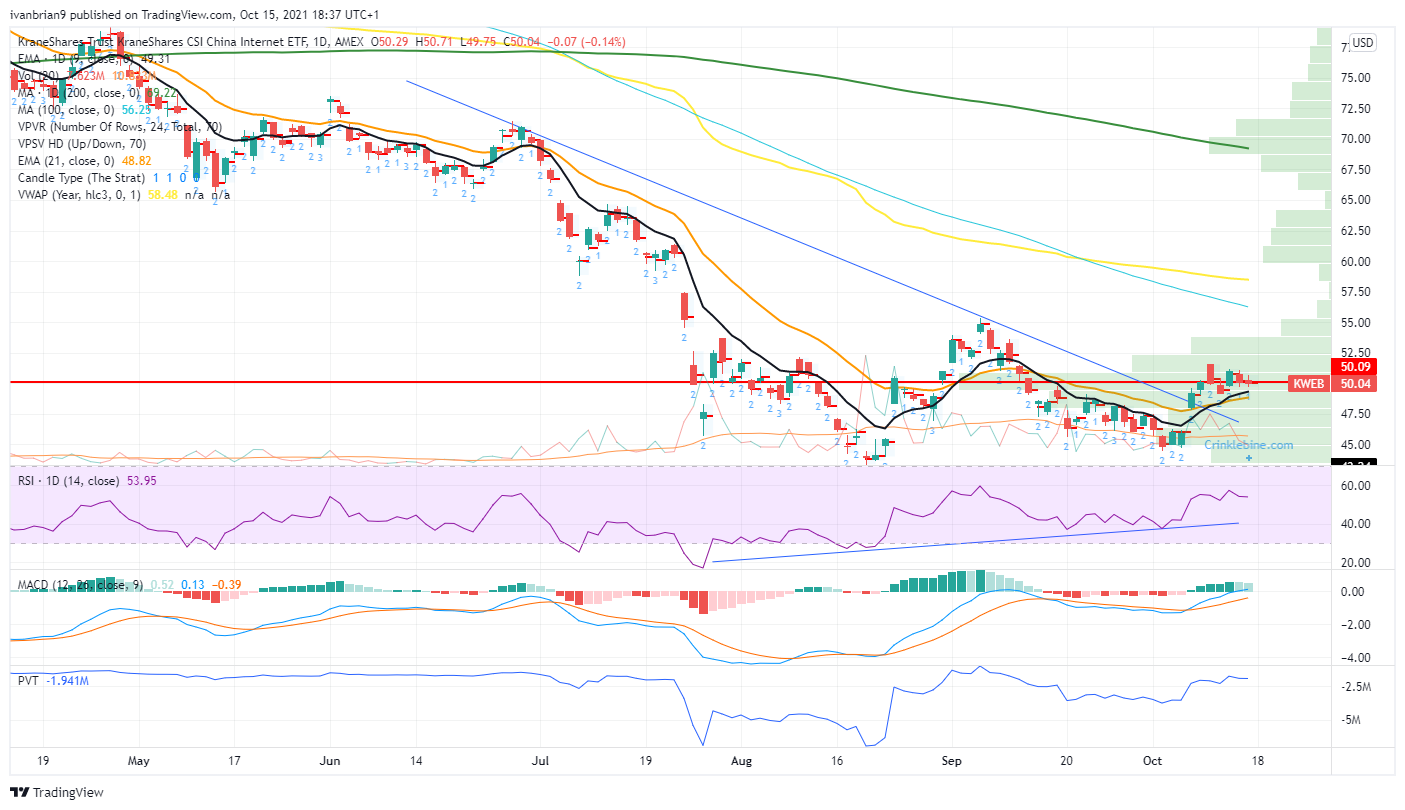 Exchange-Traded Equity Funds (ETF's) bought the dip with $4.5 billion worth of inflows up until October 13. Banking and Value took in the majority with the Nasdaq (QQQ) also a big inflow. The poor unloved small caps still can't catch a bid or an inflow with the Russell 2000 (IWM) losing $890 million in outflows. Data from Refinitiv LipperAlpha.

We saw the dip, we saw the double bottom but did you buy the dip? Bragging rights to you if you did as this one was far from straightforward. Well, it is now with hindsight! The dip is in and the rally is on. Now, all we need to do is close above $445 to confirm this. We had a double bottom with RSI divergence so really there should have been no excuses. Next week is, as mentioned, a big earnings week so we may get some chop but once we hold above $440 it is game on for bulls. 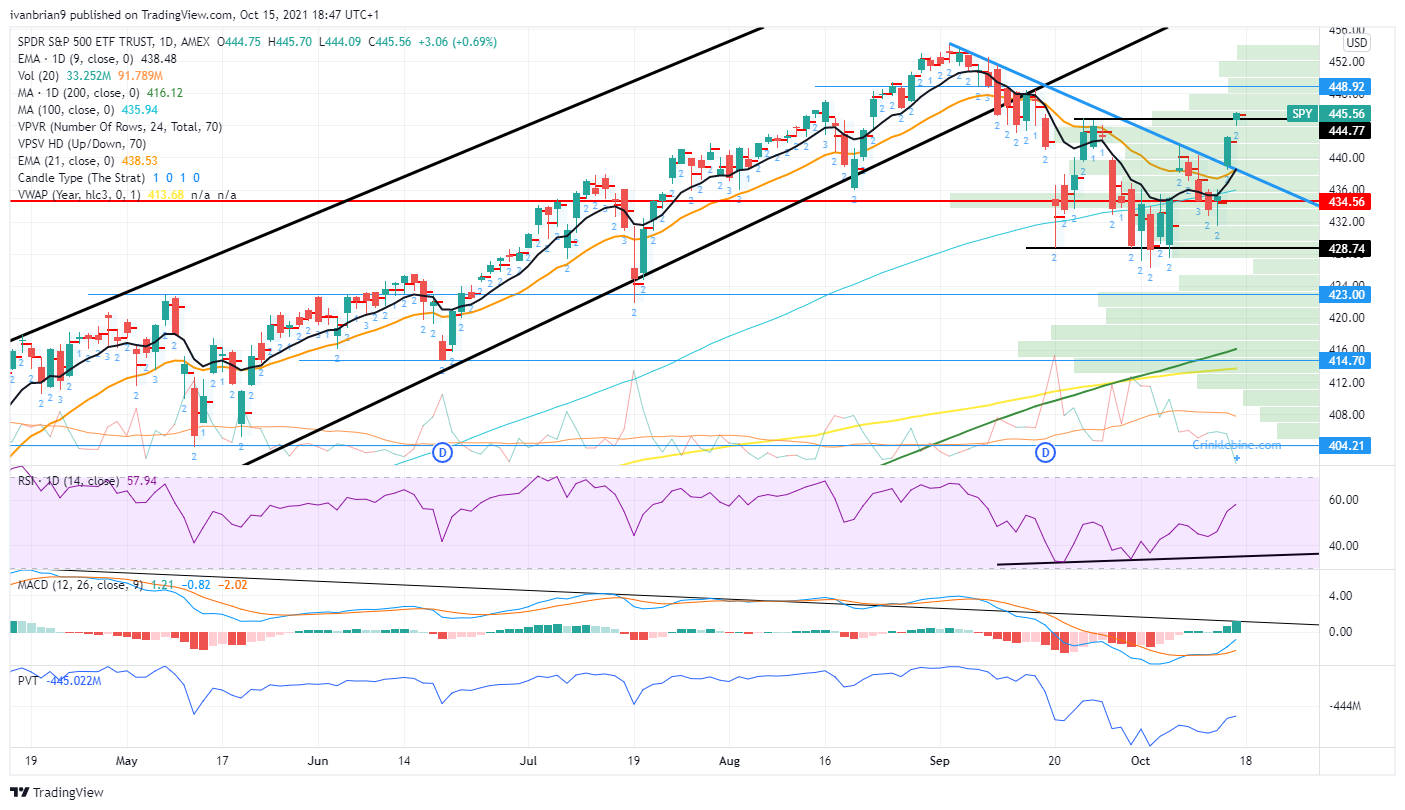 Look at that beautiful big blue trendline. What a perfect bounce. We then got the breakout of the black downtrend line and rally back, simple as. Holding above $363 has the bulls in charge. Big week ahead. We can't finish without mentioning surging oil prices, rising yields and inflation, flattening yield curve. Usually not a happy environment for the Nasdaq. 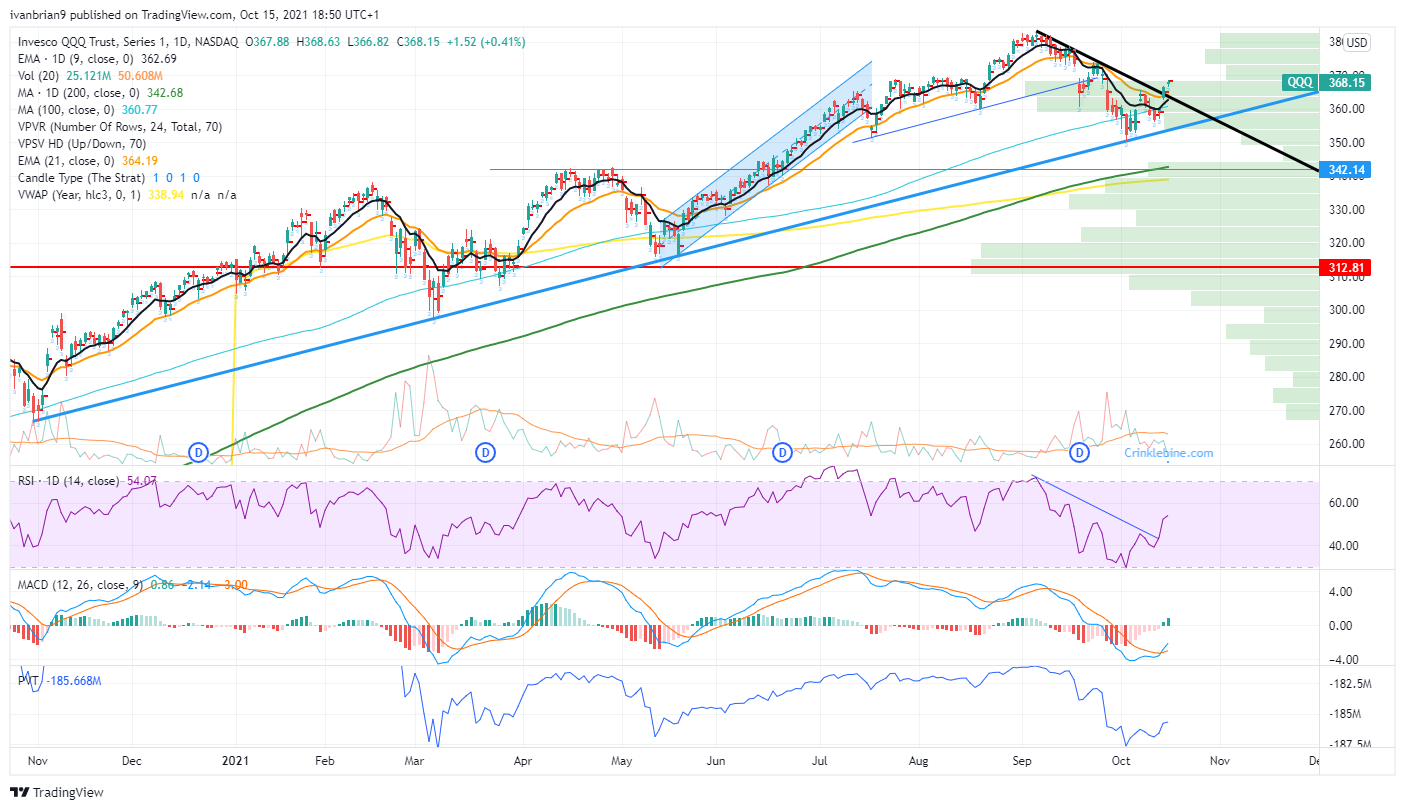 SPY and QQQ Week Ahead

Earnings season really gets interesting with some tech behemoths and Tesla (TSLA) to really spice the week up. Tesla is always an interesting one with such a huge retail and institutional following. Tesla loyalists can be vociferous on the airwaves so it always is our favourite earnings release. 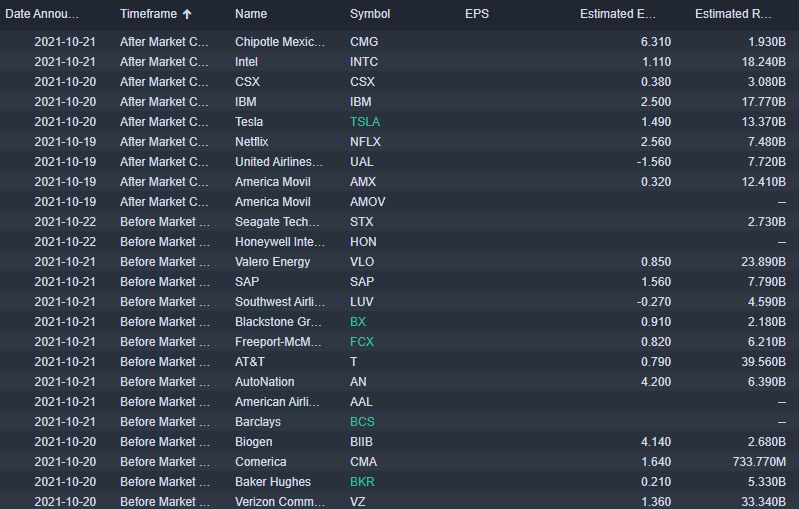 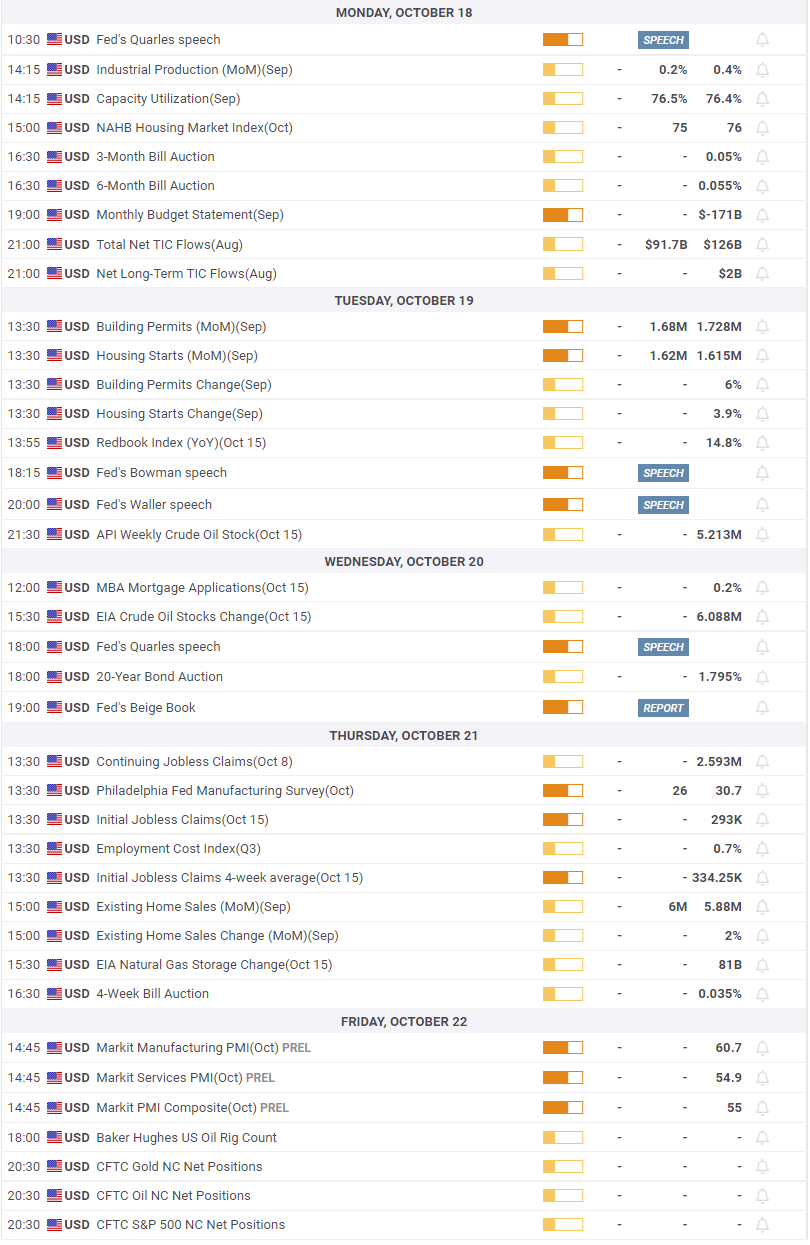