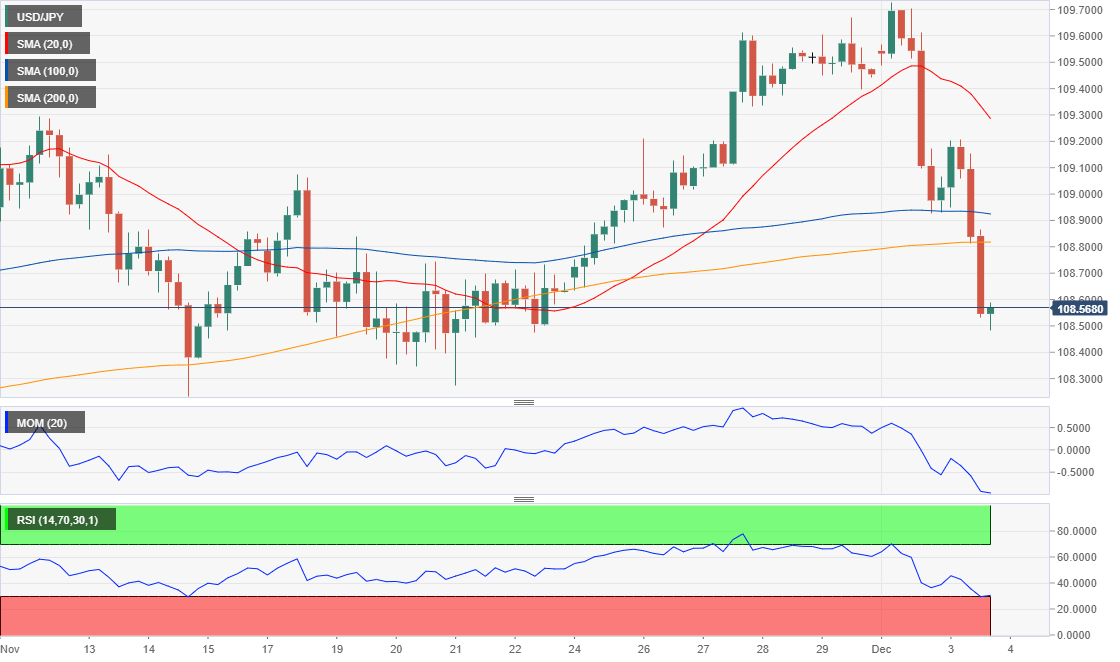 Risk aversion maintained the Japanese yen strong this Tuesday, with the USD/JPY pair falling to 108.47, its lowest in over a week. The market ran for safety following comments from US President Trump, menacing France with tariffs and later saying that he likes the idea of “waiting until after the election for the China deal, but they want to make a deal now and we will see whether or not the deal is going to be right.”  Most Asian and European indexes closed in the red, while Wall Street extended its decline with the DJIA down over 300 points for the day. Meanwhile, the yield on benchmark 10-year Treasury note fell to 1.69% after topping at 1.85%, settling around the mentioned low.

Japan published November Monetary Base, which increased by 3.3% YoY, better than the 2.6% anticipated by the market. This Wednesday, the country will release the Jibun Bank Services PMI, foreseen in November at 50.4 from the previous 49.7.

The USD/JPY pair is oversold in the short-term, but given that is trading measly 10 pips away from its low, the risk remains skewed to the downside. In the 4-hour chart, the 20 SMA maintains its sharp bearish slope after crossing below the larger ones, as technical indicators bounced modestly but remain in overbsold territory.