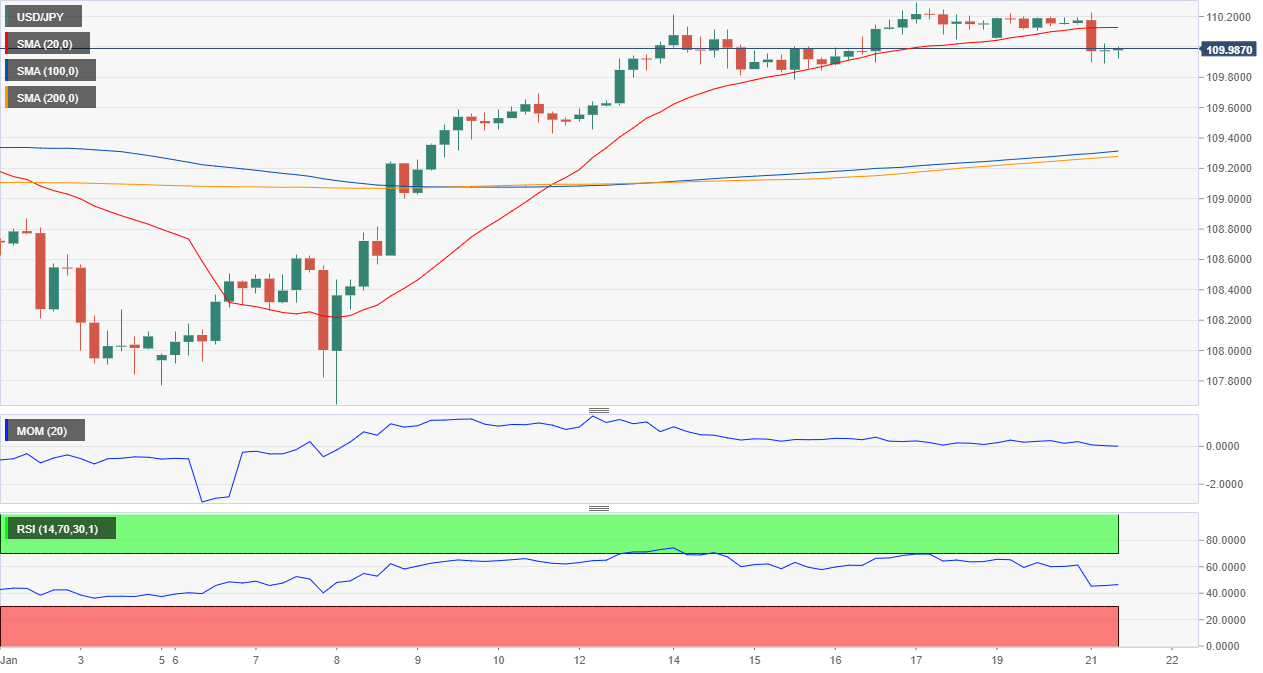 The Japanese yen appreciated during Asian trading hours, resulting in the USD/JPY pair falling to 109.88. The Bank of Japan had a monetary policy meeting, and as expected, policymakers kept the monetary policy unchanged, although they offered a more optimistic stance on economic recovery.

The Quarterly Outlook upwardly revised the median real GDP for the fiscal year 20/21 now seen at 0.8% vs. 0.7% previously. Inflation, on the other hand, was revised slightly lower. In a speech, Governor Kuroda said that the downside risk from overseas economies is still large and that the upward revision to GDP forecasts is due to the government stimulus plan.

The sour sentiment that weighed on markets on Monday was exacerbated by a new virus detected in China that can be spread between humans. China celebrates the Lunar New Year this week which usually attracts thousands of tourist. The celebrations have already been cancelled to prevent a worldwide outbreak of the coronavirus. The US won´t release relevant data today.

The USD/JPY is consolidating just below the 110.00 level, ever since breaking lower, although the bearish potential in the short-term is limited, as, in the 4-hour chart, technical indicators have lost downward strength after entering negative territory, with the RSI now attempting a recovery. Also, the pair is below a directionless 20 SMA, while above the larger ones. Further declines would be expected on a break below 109.70, while the bearish pressure could ease on a recovery above 110.05.