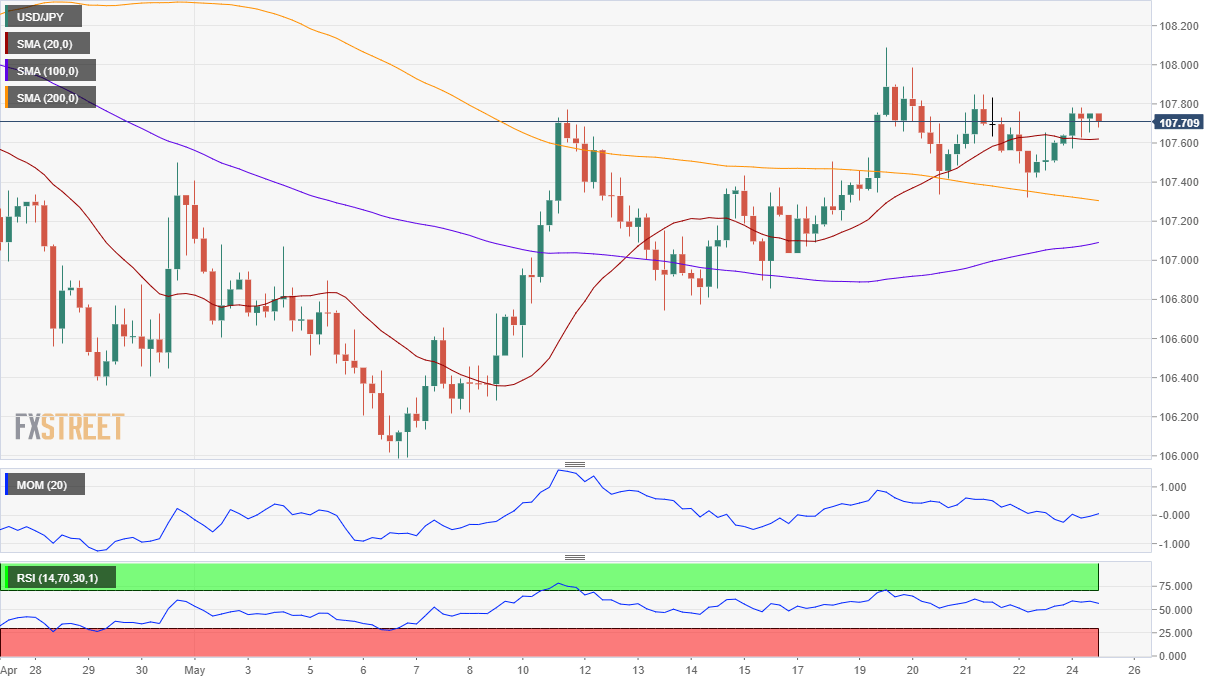 The FX board is showing little life this Monday, as both, the UK and the US, celebrate holidays, with major markets closed today and no data out of those countries. The market’s sentiment continues to lead the way, with investors concerned about mounting tensions between Washington and Beijing, engaged in a rhetorical war over trade, Hong Kong, and COVID-19. The USD/JPY pair trades around 107.70, unable to attract investors.

In the data front, Japan released the final version of the March Leading Economic Index, which came in at 84.7, better than the previously estimated 83.8. The Coincident Index for the same month was downwardly revised to 90.2. On a positive news, Japan has announced it will lift the state of emergency in all the country this Monday.  Given that US markets will remain closed, there’s no data scheduled for release in the country.

The USD/JPY pair is neutral in the short-term and according to the 4-hour chart. The pair, in the mentioned time-frame, holds just above a flat 20 SMA, which develops above the larger ones, as technical indicators hover directionless around their midlines. Being at the upper end of its latest range, chances of a downward move seem limited. To gain bullish traction, the pair would need to accelerate above 108.08, last week’s high.