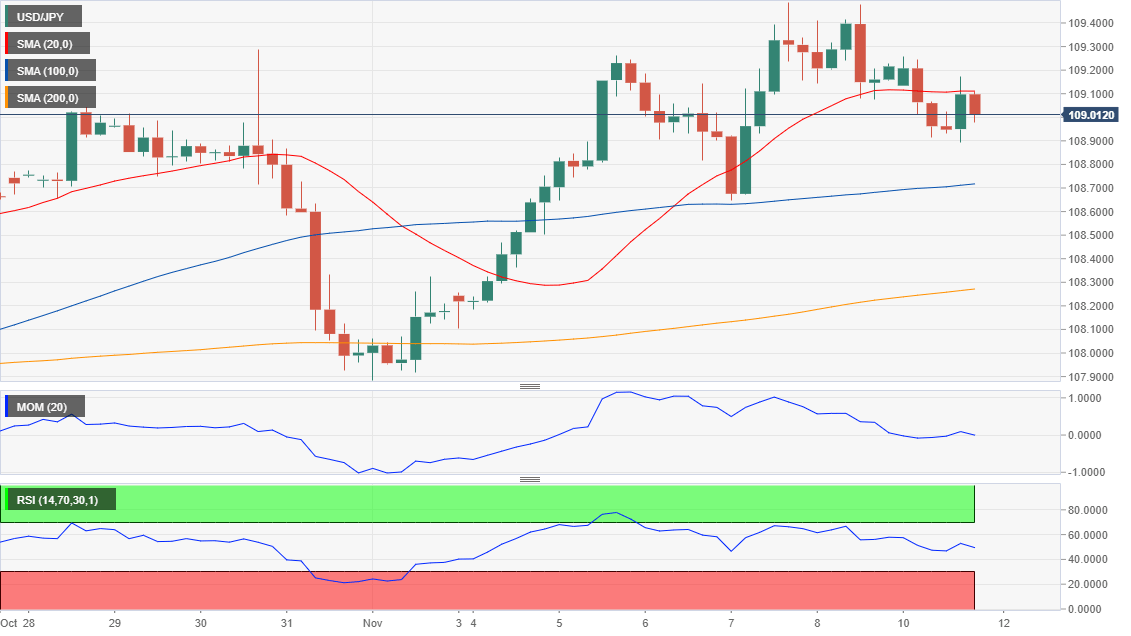 The USD/JPY pair is trading lower in range, hovering around the 109.00 level ahead of the Asian opening. The pair started the day losing some ground, although the daily low was set at 108.89, from where it slowly recovered. The market was generally cautious amid the absence of first-tier releases and uncertainty surrounding the US-China trade deal, with equities giving up strongly, but government debt yields retaining last week’s gains.

Japanese data released came in below the market’s expectations, as September Machinery Orders fell by 2.9% MoM against a 0.9% advance expected, and were up by 5.1% when compared to a year earlier, against the 7.9% forecast. The Trade Balance in the same month posted a modest ¥1.1 B surplus, far below the ¥705 B expected. Also, the Eco Watchers survey on the current situation plummeted to 36.7. The dismal numbers revived concerns about the economic health of the country. This Tuesday, the country will release October Money Supply.

The  USD/JPY is offering a neutral-to-bearish stance in its 4-hour chart, as it spent the day just below a flat 20 SMA, while the Momentum indicator turned south within negative levels. The pair is above directionless 100 and 200 SMA, while the RSI consolidates around 48, indicating limited selling interest. The pair could extend its short-term decline on a break below 108.90, while it would need to advance beyond the 109.30 level to shrug off the negative stance.