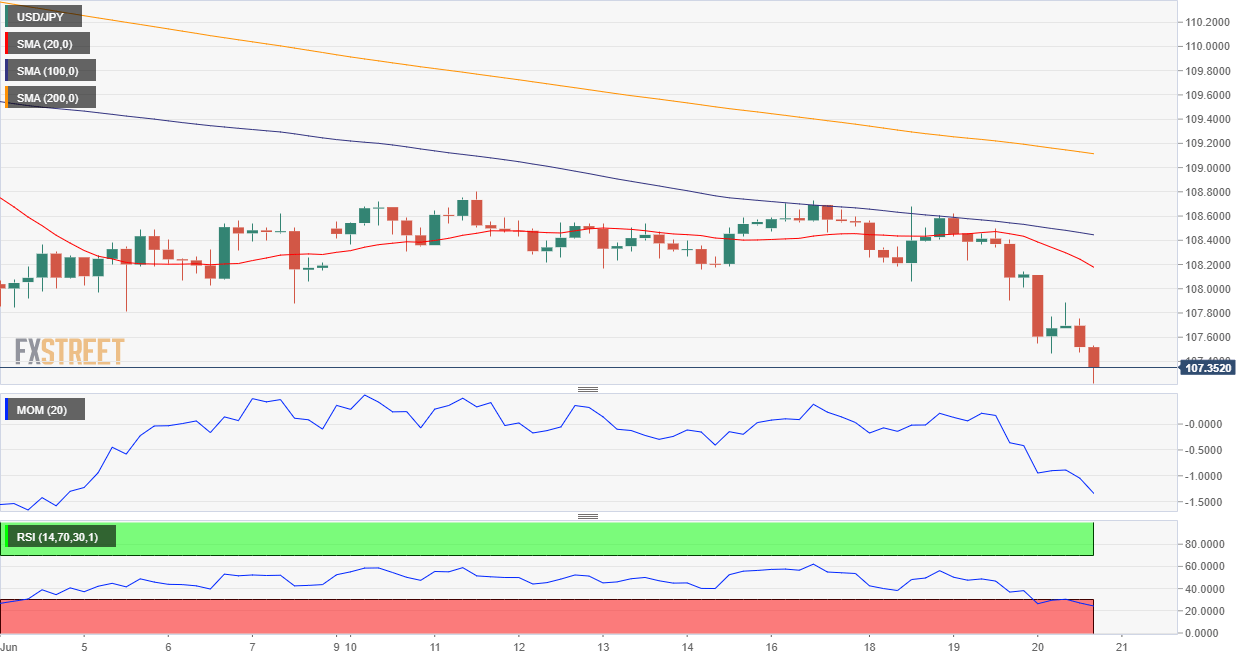 The Japanese yen was among the best performers post-Fed, advancing against the greenback to levels not seen since January's flash-crash. The USD/JPY pair has collapsed alongside US Treasury yields following the US Federal Reserve decision to pave the way for a rate cut in the upcoming months. The yield on the benchmark 10-year note fell below 2.0% for the first time since November 2016, to finish the day at 1.98%. The yield for the 2-year note was also lower, settling near its daily low of 1.70%. The Bank of Japan held a monetary policy meeting at the beginning of the day, deciding to maintain its monetary policy unchanged. Comment's from BOJ Governor Kuroda didn't provide surprises, although he sounded cautious, mentioning “significant” downside overseas economic risks. He also referred the available tools the central bank has, but he didn't seem in a hurry to act. Another bearish factor for the USD/JPY pair were mounting tensions between the US and Iran, pushing Wall Street away

During the upcoming Asian session, Japan will release May National Inflation data, foreseen up by 0.7% YoY. Markit will publish the June preliminary Manufacturing PMI, anticipated to come at 50.0 from May's final 49.8.

The USD/JPY pair is bearish according to technical readings in the 4 hours chart, as it is developing far below all of its moving averages, which extend their declines, as technical indicators retain their strong downward slopes within negative levels. The RSI indicator is currently developing in oversold territory, with no signs of downward exhaustion, suggesting selling interest is still strong. The case for a bearish continuation will remain firmly in place as long as the pair remains below 107.80, the former monthly low and the high achieved in the last American session.