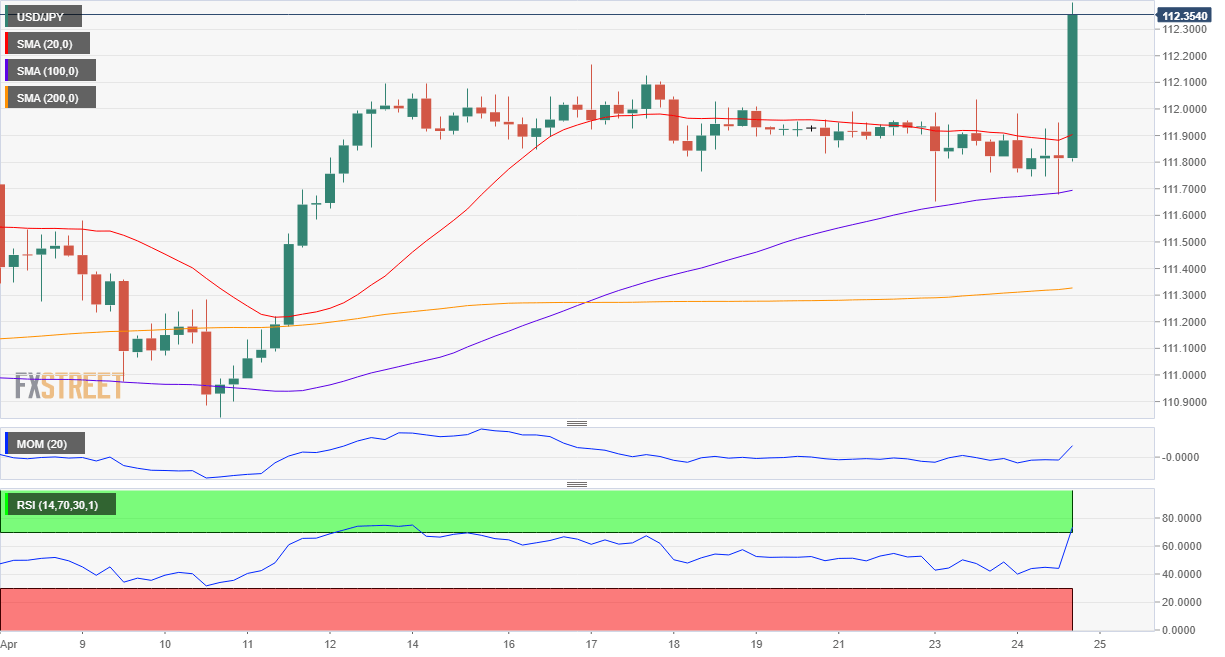 The USD/JPY pair trading within familiar levels for most of this Wednesday, bottoming for the day at 111.67 early in the US session, weighed by the poor performance of Wall Street and easing government bond yields, and later recovering on resurgent dollar's demand. The yield on the benchmark 10-year Treasury note fell to 2.52%, its lowest in two weeks, while US indexes spent the day in the red amid mixed earnings reports, yet dollar's strength prevailed ahead of the US close, with the pair rallying to 112.39, a fresh yearly high.  Japanese data released at the beginning of the day disappointed, as the February All Activity Index fell by 0.2%, worse than the -0.1% expected. The Leading Index for the same month was confirmed at 97.1 while the Coincident Index surpassed the market's forecast by bouncing to 100.4.  The previous months' readings for all Japanese figures suffered downward revisions.

The Bank of Japan will have its monthly monetary policy meeting this Thursday, expected to maintain it unchanged. Nevertheless, policymakers have anticipated that they won't hesitate on adding stimulus if necessary to give stubbornly low inflation a boost.

The USD/JPY pair is ending the well above a still flat 20 SMA in the 4 hours chart and above its recent highs, indicating bulls' conviction. Technical indicators in the mentioned chart have left the neutral territory, offering strong upward slopes within positive ground, somehow anticipating additional gains ahead. In the mentioned chart, the pair bounced from the 100 SMA, which loses upward momentum but keeps providing an intraday support at around 111.60.