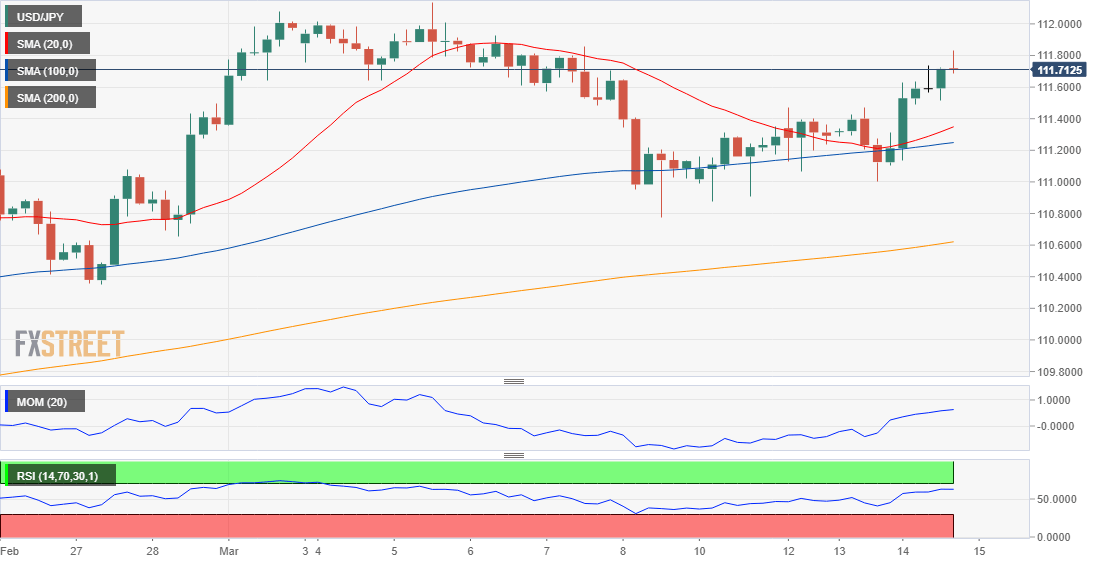 The USD/JPY pair reached a weekly high of 111.82, finishing the day not far below the level, as news that the Japanese government is considering a downgrade to its assessment of the economy in the monthly report for March hit the yen. Such a downgrade is said to be correlated to falling exports and factory output due to slowing demand from China. Chinese data released at the beginning of the day surprised to the downside, as well as US data released later in the day, leading to a poor performance in worldwide indexes. US Treasury yields, however, bounced modestly from their lows. Wall Street remained afloat, as mid-US afternoon, news made the rounds indicating that China has suggested to combine a state visit of President Xi Jinping to the US with the announcement of a possible trade deal. The Bank of Japan is having its monetary policy meeting this Friday, largely anticipated to remain on hold. Kuroda's speech will come under scrutiny after the early news regarding a possible downgrade.

The pair holds near its daily highs, and the 4 hours chart shows that the pair spent most of the last session consolidating above its 100 and 200 SMA, both presenting modest upward slopes. In the same chart, technical indicators have stabilized near their highs, in positive ground. The pair has room to extend its gains up to the 112.45 region on a break above 112.13, so far the yearly high.