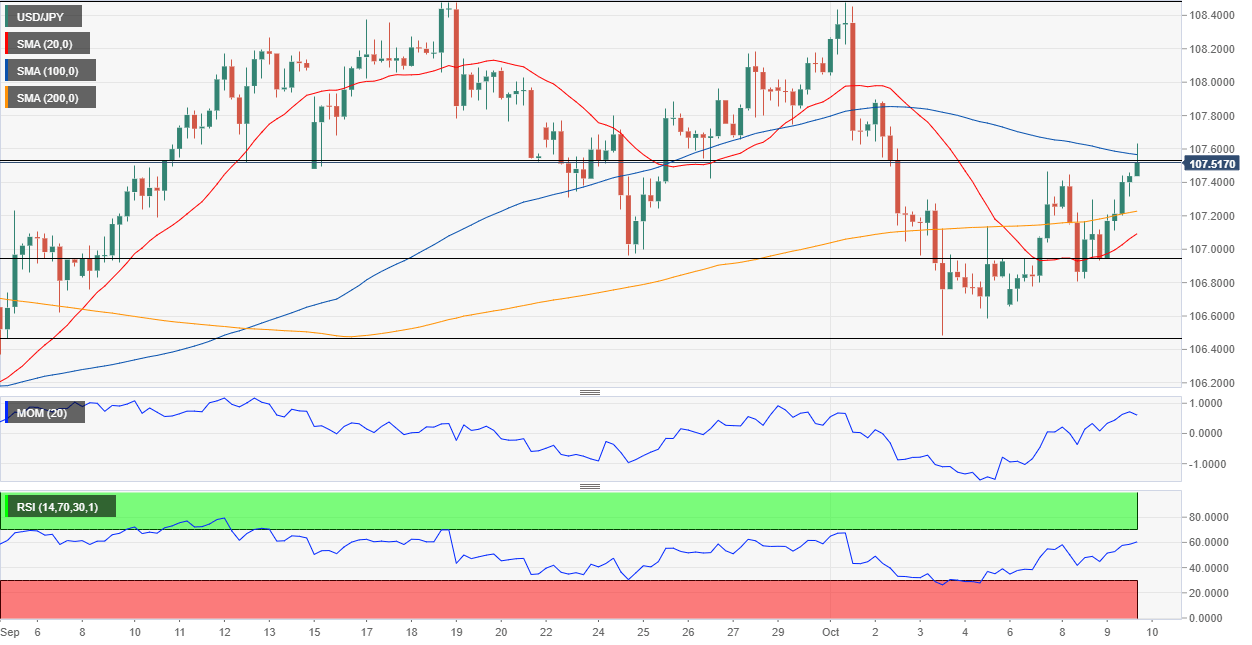 The USD/JPY pair has started the day with a positive tone, recovering above the 107.00 level amid encouraging US-China trade headlines, which anyway didn’t mean much ahead of trade talks, set to resume this Thursday. Nevertheless, European indexes closed in the green, leading to substantial intraday gains on Wall Street, ahead of the release of the FOMC Meeting’s Minutes. The document didn’t offer something new for investors to work with, as it reiterated old known messages, overall hawkish. Among the most encouraging lines out-stands the fact that several policymakers favored keeping rates steady, as they believe that baseline economic projection had changed very little and that uncertainties would not derail the economic expansion. The pair holds near a daily high of 107.62 ahead of the Asian opening.

Japan has a busy macroeconomic calendar this Thursday, as the country will release the September Producer Price Index seen down by 1.2% when compared to September 2018, and August Machinery Orders, expected to have declined by 2.5% MoM and by 10.8% YoY.

From a technical point of view, the USD/JPY pair is bullish, now trading around the 23.6% retracement of its August/September advance. In the 4 hours chart, the pair is well above its 20 and 200 SMA, and struggling with a mild bearish 100 SMA, as technical indicators pared their gains near overbought readings, rather a result of decreasing volumes at the end of the day than a sign of upward exhaustion.  The pair’s direction is directly correlated to the market’s sentiment, which means that negative US-China news could trigger a sudden reversal in USD/JPY.