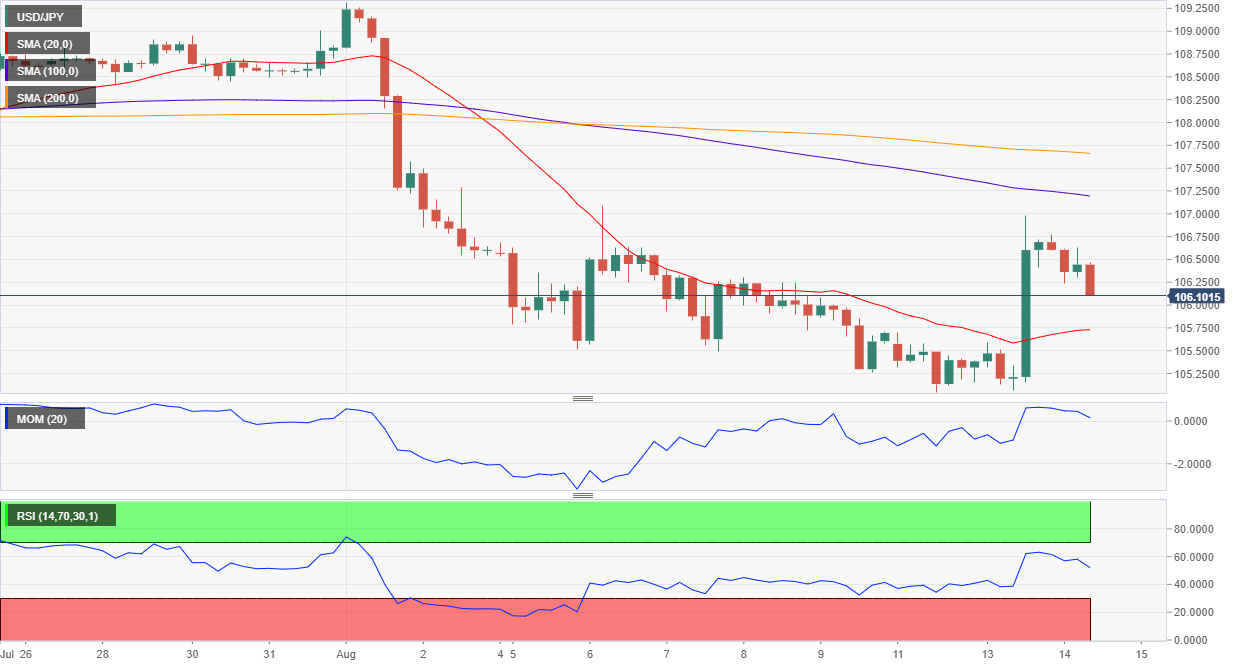 The USD/JPY pair has begun correcting lower during Asian trading hours following an approach to the 107.00 figure. Initially, the decline seemed corrective, although it turned into a return of bears during European trading hours, as the US 10y-2y- bond yields’ spread finally inverted, triggering concerns of a US recession. The pair is now approaching the 106.00 figure, with the dollar again under selling pressure and equities in free-fall.

Japanese data released earlier today surprised to the upside, as Machinery Orders rose in June by 13.9% largely surpassing the market’s forecast of a 1.3% decline. When compared to a year earlier, orders were up by 12.5%. There are no relevant data scheduled in the US this Wednesday.

The 4 hours chart for the USD/JPY pair shows that the price is hovering mid-way between its 20 SMA, offering a dynamic support at around 105.70 and a bearish 100 SMA, this last at 107.25. Technical indicators are retreating from overbought levels, so far holding in positive territory. Given that risk aversion returned, the risk is skewed to the downside with a break below 106.00 probably exacerbating selling interest.