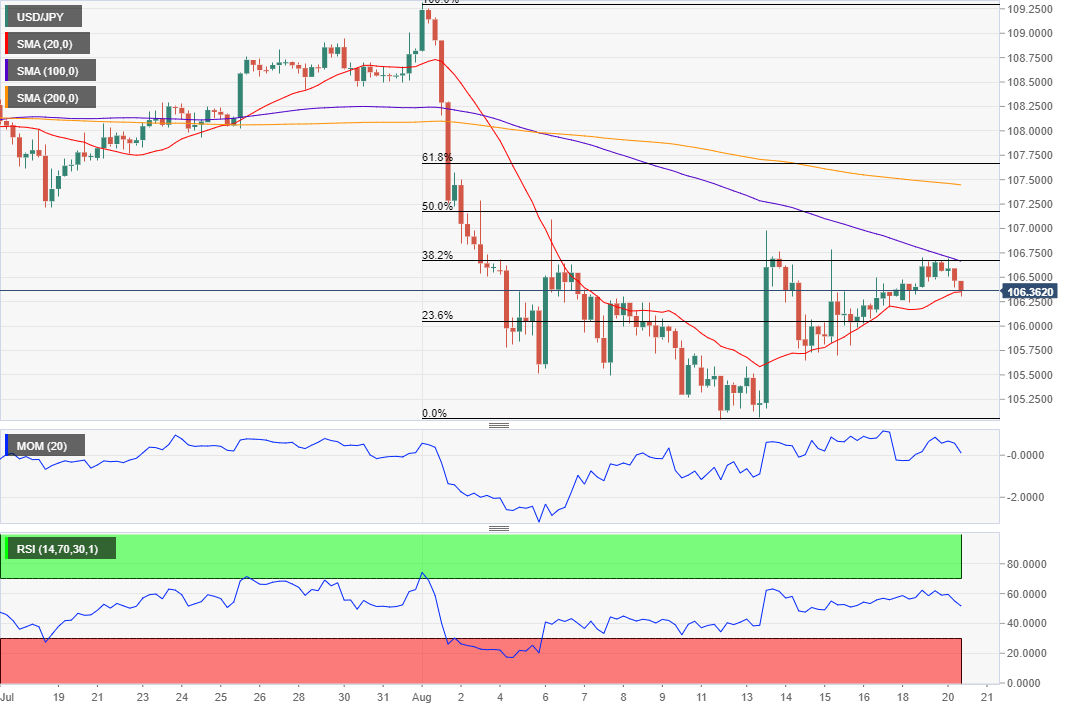 The Japanese yen is appreciating this Tuesday amid growing concerns among investors sparking demand for safe-haven assets. Germany was said to be preparing a stimulus package, as a response to poor wages’ growth and decreasing manufacturing activity. Speculation that the country is heading into recession increased following the latest Bundesbank report saying that the downturn is likely to continue in the third quarter of the year. Across the pond, UK PM B. Johnson insists with the modifying the Withdrawal Agreement, as his European counterparts deny such possibility. As usual, the global economic slowdown and Brexit are the main market movers. The USD/JPY pair trades near its daily low around 106.30.

Additionally, Boston Fed’s Rosengren down-talk chances of aggressive easing in the US, despite President Trump’s call for a 100bps cut. European stocks trimmed intraday gains and barely stay afloat, while Asian indexes traded mixed. Government bond yields are falling, with the yield on the benchmark 10-year Treasury note down to 1.56% from 1.60%.

The macroeconomic calendar remained light in Japan, as it will be the US one, with attention centered in the FOMC Meeting’s Minutes to be out this Wednesday and the Jackson Hole Symposium that will take place at the end of the week. Central banks’ leaders are scheduled to speak then.

The USD/JPY pair is gaining short-term traction downwards according to the 4 hours chart, as it failed to advance again beyond the 106.65 area, where it has the 38.2% retracement of its latest daily decline. In the mentioned time-frame, the 100 SMA keeps heading lower, now a couple of pips above the mentioned Fibonacci resistance, while the price struggled with the 20 SMA. Technical indicators eased within positive levels, nearing their midlines. The main support is 106.05, where the pair has the 23.6% retracement of the mentioned daily slide, with the bearish run most likely accelerating on a break below it.