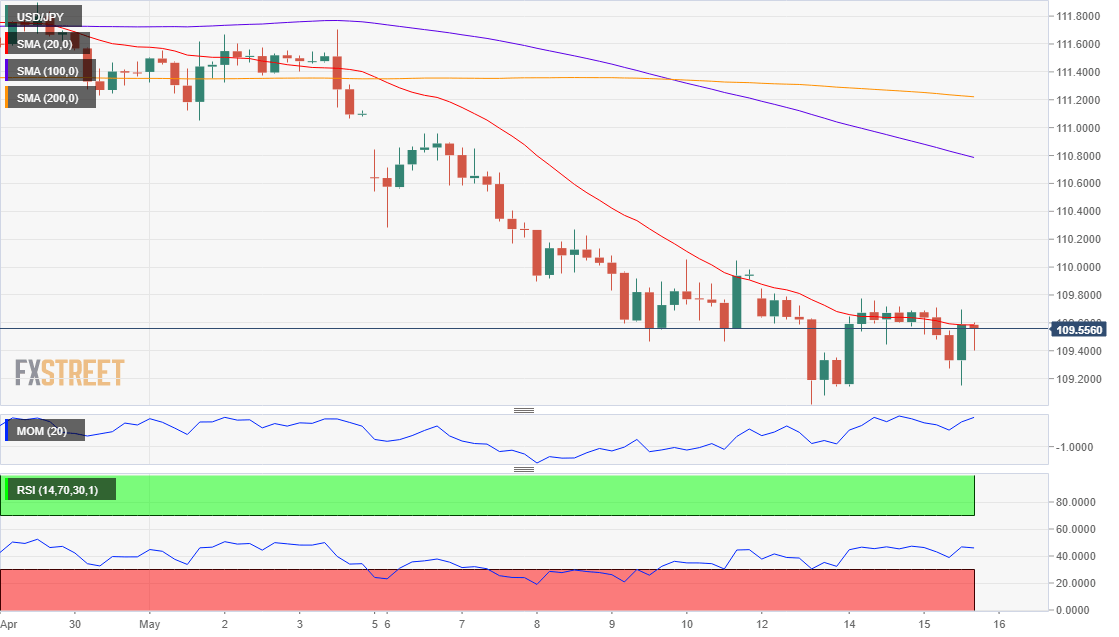 The USD/JPY pair remained under selling pressure, ending the day marginally lower in the 109.50 price zone. The pair was dragged lower by dismal data spurring risk aversion, with US Government bond yields falling to fresh multi-week lows. Losses, however, were trimmed on the back of solid gains in equities, which got a boost from news indicating that the US would delay applying tariffs of European cars' imports for six months, alongside comments from US Mnuchin, who said that the US is 'close to an understanding' on removing steel, aluminum tariffs on Canada and Mexico. Japanese released at the beginning of the day mixed data, as Money Supply in April increased to 2.6% vs. the previous 2.4%, while Construction Orders in March jumped a whopping 66.1% while Housing Starts increased by 10.0% in March. On a down note, Machine Tool Orders declined by 33.4% in April, according to preliminary estimates, ignored by speculative interest. The country will release April Domestic Corporate Goods Price Index, seen up by 0.2% MoM and by 1.1% YoY.

The 4 hours chart shows that the Momentum indicator extended into bullish ground, but that the pair is unable to advance beyond a bearish 20 SMA, while the RSI indicator hovers around 45, losing upward strength, all of which limits possibilities of a steeper recovery. Given that the pair is also overbought in the daily chart, and upward corrective movement couldn't be dismissed yet the pair would need to move firmly above 110.10 to shrug off the negative stance, at least short-term.